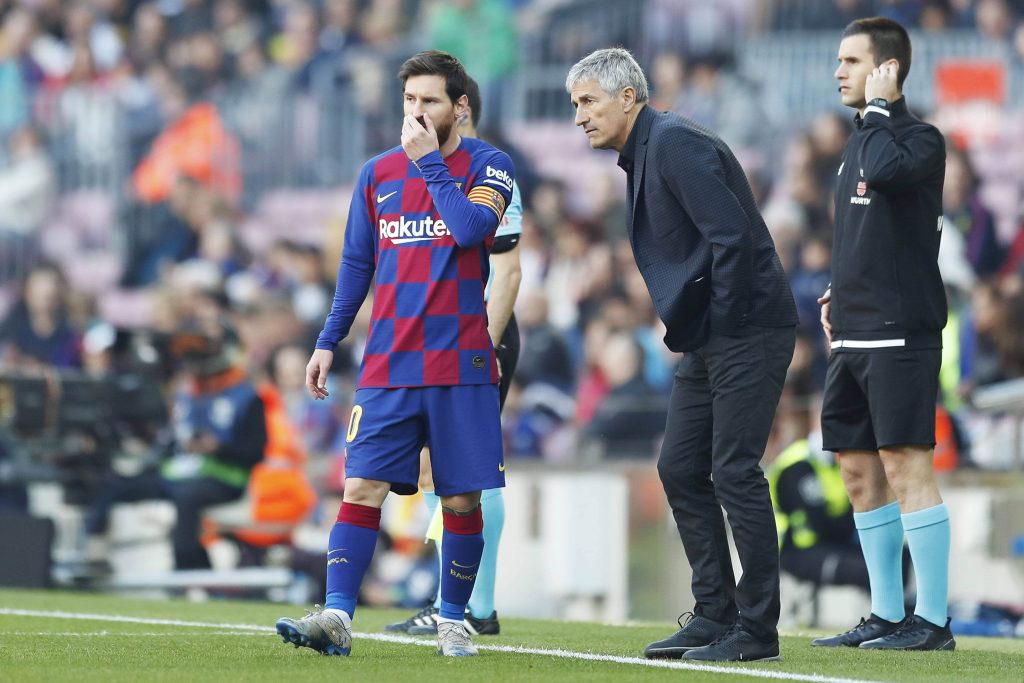 Barcelona coach Quique Setién recently gave an interview to rac1, where he speaks about Lionel Messi, Coutinho, Dembélé, and La Masia. He said that ‘he doesn’t have problems with interviews at all’, but that ‘sometimes his words are misinterpreted’ or ‘taken out of context’.

Currently, Setién claims that he keeps the team in form by sending exercises.

Setién: “Every day we send specific exercises for the players and everyone is keeping up. They’re professionals and they know the drill. When we return to training, everything will continue like the way it was. I don’t know when we will be training again. But based on what the media says, it doesn’t look like we’ll be returning any time soon.

“I insist on live video conference calls to see if my players’ cheeks have become bigger (laughs).”

?️ — Setién: "I insist on live video conference calls to see if my players' cheeks have become bigger (laughs)." pic.twitter.com/Tcp9b9obcD

On Lionel Messi, Setién was very clear: “Messi will end his career at Barcelona.”

Previously, the Argentine legend has claimed that ‘it is harder to win the Champions League than La Liga’, and that ‘it takes a little more for the team to win it righ tnow’. Setién, disagrees:

His player Coutinho, who has had problems at fitting in the team since his arrival from Liverpool, is ‘requested to stay’ by the coach.

? — Barcelona and Chelsea are still negotiating for Coutinho. There is some optimism about the possibility of a loan agreement, although there is no final agreement on what would happen in June 2021. [sport] pic.twitter.com/3y3tvziFNU

Setién: “I don’t know what Coutinho wants to do. Maybe I should talk to him and convince him to stay. He’s a great player no doubt. However, I’m relying on the fact that Coutinho will be here next season.”

“Démbélé’s injury was totally unexpected and really hindered our progress. Perhaps I would have kept Carles Perez had I been appointed earlier. Ousmane is a great player. We count on him.”

? — Dembélé is more determined to succeed at Barça than ever. He is positive and motivated. He never parties and eats very healthy. [l'equipe] pic.twitter.com/Qpa6JeKcNV

“At Barcelona, the objective is to win everything. But sometimes that makes you wonder whether you should concentrate on the present or on the future.

“Many people expect Barça to easily win all games, but it’s not like that. Winning isn’t as easy as people think.”