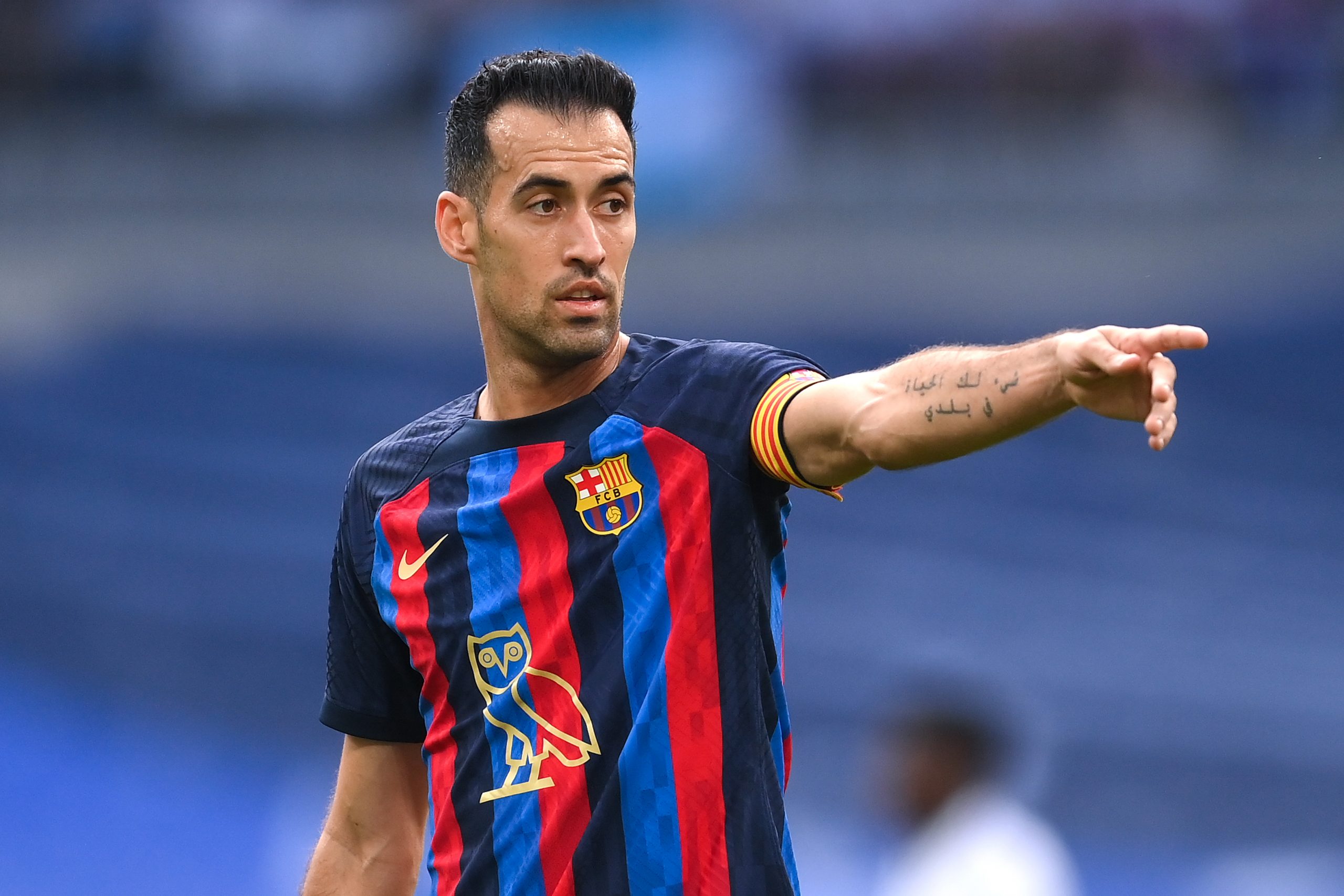 Speaking in an interview with El Larguero, Barcelona and Spain captain Sergio Busquets has revealed that he is yet to make a firm decision on his future and would ideally want everything sorted by February next year.

Busquets is in the final year of his contract at Barcelona and has been widely tipped to leave the club at the end of the season as a free agent.

Reports suggest that a move to MLS side Inter Miami could be on the cards for the veteran midfielder, with initial talks already believed to have taken place.

At the same time, though, manager Xavi Hernandez is said to be trying to convince Busquets to stay at Barcelona for another year.

Amidst the never-ending speculations, the 34-year-old has spoken out on his future, stating that he has not signed for anyone at this point and would want his future sorted around February.

“It is my last year, I know that many things have been said, but I have always said the same thing. I haven’t signed anything for one side or the other. We’ll see how it goes, but by February or so I’d like to have it clear and make up my mind,” Busquets said.

Busquets is currently leading the Spanish national team at the FIFA World Cup 2022 in Qatar, with La Roja on the verge of qualifying for the knockout phases.

Given his age, it has been speculated that this could be his last World Cup, even though Spain manager Luis Enrique wants to persuade Busquets to play in another world tournament. When asked if it was indeed going to be his final World Cup, Busquets replied:

“I haven’t decided, but it looks more like it. I’m of an age now and, despite having the confidence of the coach and feeling good and important, I’m closer to it being my last. I want to enjoy this World Cup, but I’m not going to decide anything now or when the tournament is over.”

However, Busquets did hint that he could continue playing for Spain if Enrique remained as the manager of the national team.

“Yes, I would think about it,” he said. “This national team was made by Luis Enrique and he has moulded it according to his philosophy and it has turned out really well.”

Speaking about generational talents Pedri and Gavi, Busquets insisted that he was left amazed by the Barcelona youngsters from the beginning. However, he added that he does not like to compare the young duo to his former midfield partners Andres Iniesta and Xavi.

“From the beginning, Gavi and Pedri amazed me,” Busquets said. “I don’t like comparing Pedri and Gavi to Xavi and Iniesta.”

“Pedri can be similar to Andrés, but it would be wrong to compare,” he added.

The Barcelona players involved in the Spain national team have been largely doing well at the World Cup. So much so that president Joan Laporta credited the club and manager Xavi for La Roja’s good start to the tournament.

When asked if the Barcelona stars were playing better for the Spanish national team, Busquets said: “It might be a little bit, but I don’t think it’s that exaggerated. They are two different teams, coaches, environments, and philosophies with different nuances.”

On whether he dreams of lifting the World Cup, the Spain captain said: “Yes, I have thought about it and yes, I have dreamt about it. I’m the only one who has a World Cup here and it would be nice to have two.”