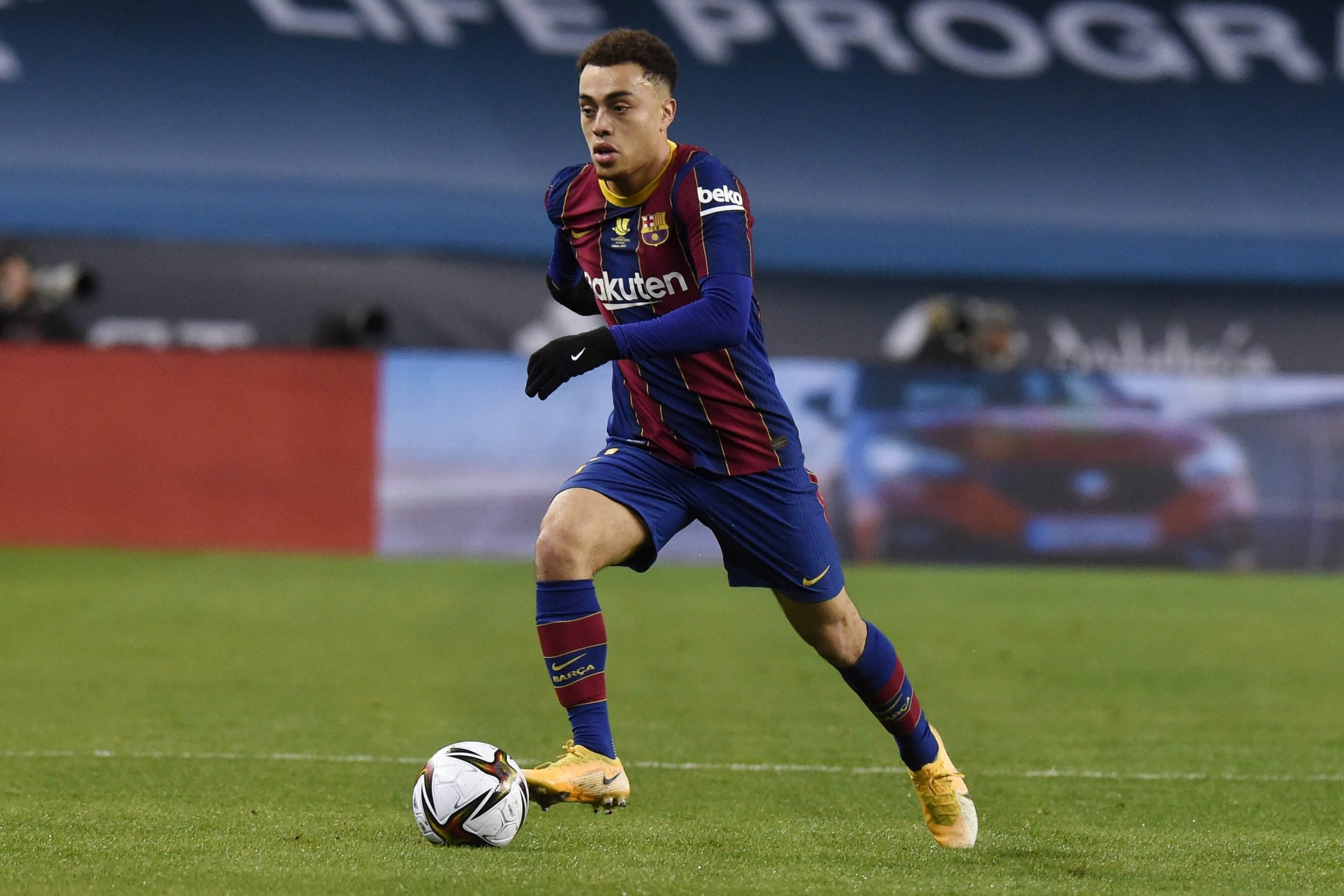 If there is one area in which FC Barcelona has continued to struggle in recent years, it’s the right-back position. Ever since the departure of the club legend Dani Alves in 2016, several have come to the Camp Nou and tried to fill his shoes but have failed miserably.

Nelson Semedo added his name to the list last summer and quite naturally, the Catalans once again went into the market looking for a replacement. Upon the demand of coach Ronald Koeman, this time they went with a relatively unknown player: Sergiño Dest.

Fast forward to now, Dest has become the first American player to score a brace in La Liga. Preparing ahead of international friendlies against Jamaica and Northern Ireland, the USMNT defender sat down with the media to explain how a tactical tweak by Koeman has helped him rediscover his form.

With Koeman recently shifting to a 3 at the back formation, Barca has produced several displays of complete dominance over their opponents and Dest believes that this new system complements not just his qualities but of the entire team:

“I think this system fits the whole team well. For me especially, I think it’s better because I have a man behind and I am a player who likes to take risks, that’s how I play at my best. We are winning and scoring a lot of goals so I think it’s a really good system.”

Dest added that he is particularly pleased by the attacking freedom given to him in the wing-back role. He said, “In the new system the coach said to me if you can just go and attack, go, and that is something that suits me really well, my strengths are my attacking abilities so I feel I can risk more in the game. So, personally, I am really happy with the system and I think I can grow in the position.”

The USMNT International concluded by sharing that he feels content with his growth as a player and that he believes that he is on the right path and place to reach his full potential: “I have developed a lot at Barça, and I think the system we are using right now is something that suits me really well.”

Only time will show whether Dest will be able to follow Alves’ path, but one thing is clear: the US international is different from the players that came through ever since the Brazilian’s exit.