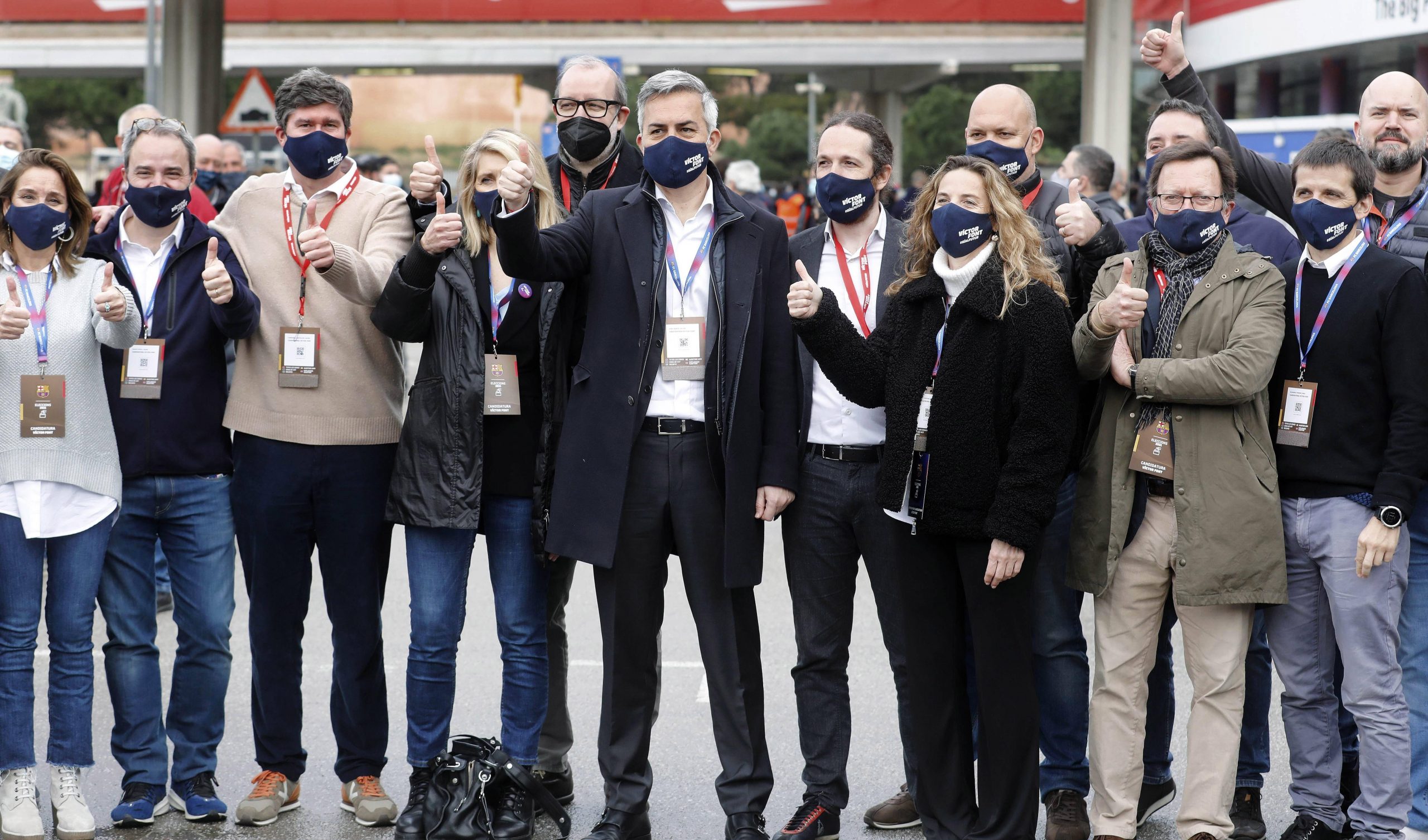 Photo by Andreu Dalmau via Imago

Victor Font, the runner-up in the presidential elections at FC Barcelona, spoke to RAC1 following the results. The Spanish businessman congratulated Joan Laporta for his victory, and despite the fact that he is quite sad about the result, Font stated that he is happy about the message that he has spread.

“It’s not the result we wanted nor what we’ve been working on. However, we’re happy to see that the message of what the Barça of the future should be like has begun to spread.

“I’m sad, but I’m an entrepreneur. When you start, there are successes and there are mistakes. You always get up and keep working, especially if you’re clear that what you do makes sense. We’ve planted the seeds of how Barça should be,” said the 48-year-old.

His project ‘Si Al Futur’ was very detailed and convincing, but it would not be realistic to think that he could manage to win against someone who had left his mark at the Catalan club already, with several trophies including a sextuple.

READ: The 5 biggest challenges that the next Barcelona president will have to face

Font added his hopes that Laporta will also bet on the club’s assets, hinting to club legend Xavier Hernandez: “We have worked honestly and I repeat what I have always said. I hope that the club’s assets that we have bet on, are also taken into consideration by other candidates.”

“We have visions of a club management model that are different to Laporta’s. Right now, I don’t think he has to change his project. I am convinced that sooner rather than later, the vision that we have regarding the Barça of the future will end up happening.”

Font has congratulated the new Barcelona president, together with Toni Freixa – the other candidate who had the support of former president Josep Maria Bartomeu.

We will have to wait and see whether Font will still have a role in the future at the Catalan club or not, but one thing is clear: A new era is beginning for Barcelona.