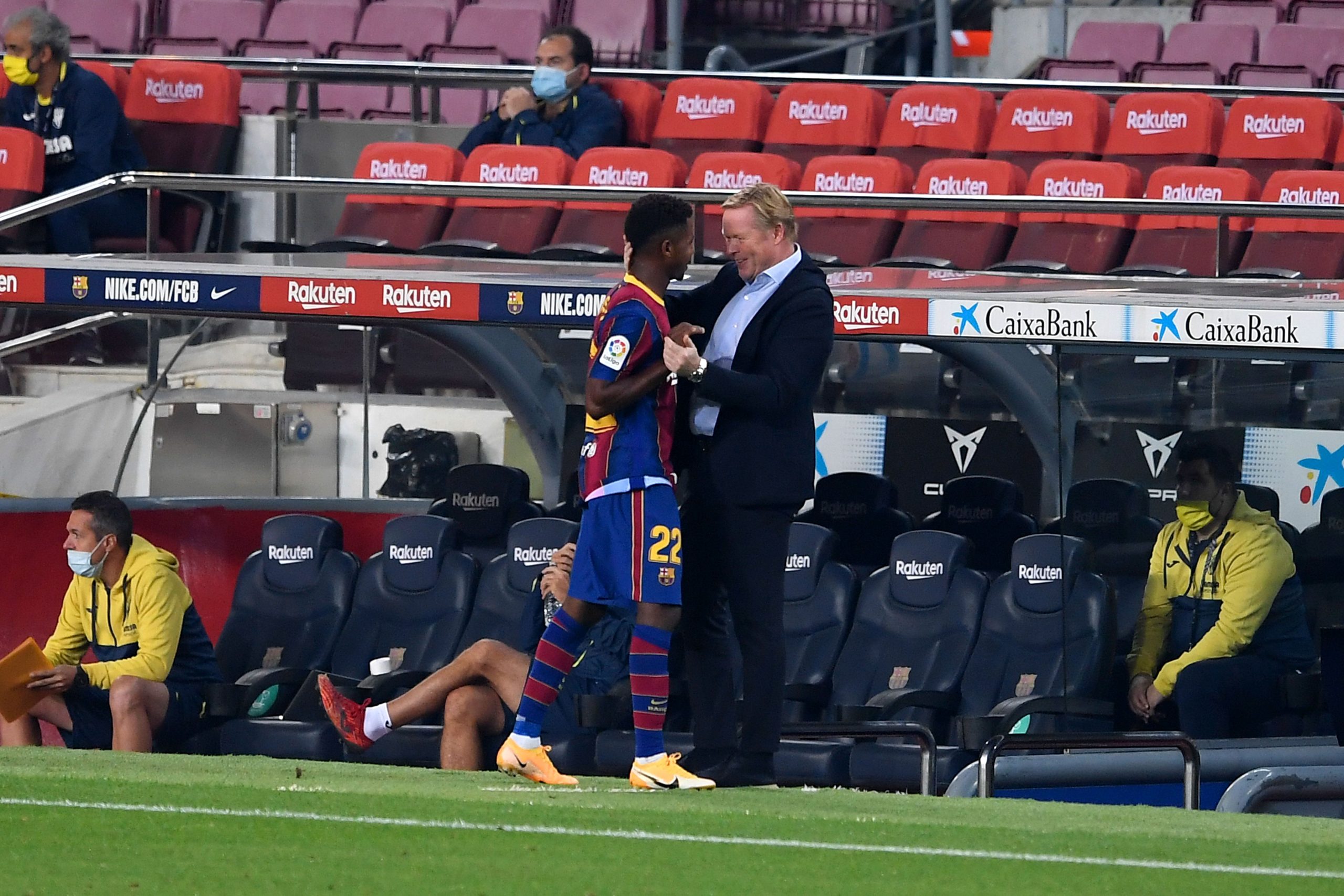 Ronald Koeman played his first official game with Barcelona tonight. The Dutch manager managed to get a comfortable win against a strong Villareal side. After the game, Koeman talked in the post-match conference and started his words putting praise on Ansu Fati:

“I’m delighted with Ansu Fati. He has a huge future ahead of him. Fati’s performance should be highlighted. I was complaining a little last week when he didn’t show his maximum performance in pre-season. He’s only 17 years old, he will have a great future but he also must improve things. Sometimes he lacks a bit of concentration.”, said the Barça boss.

Regarding a potential striker signing, the manager added: “It would be good have a ‘9’ so we have more options, but we can also play without one.”

Griezmann, who had a more silent performance tonight did not disappoint the Dutchman either: “I’m very happy with Griezmann. It doesn’t matter that he didn’t score.”

“I’m very happy with the what we’ve shown in the first half, we dominated the opposition. We played like a great team, recovering balls, and our transition in attack has been optimal.”, added Koeman.