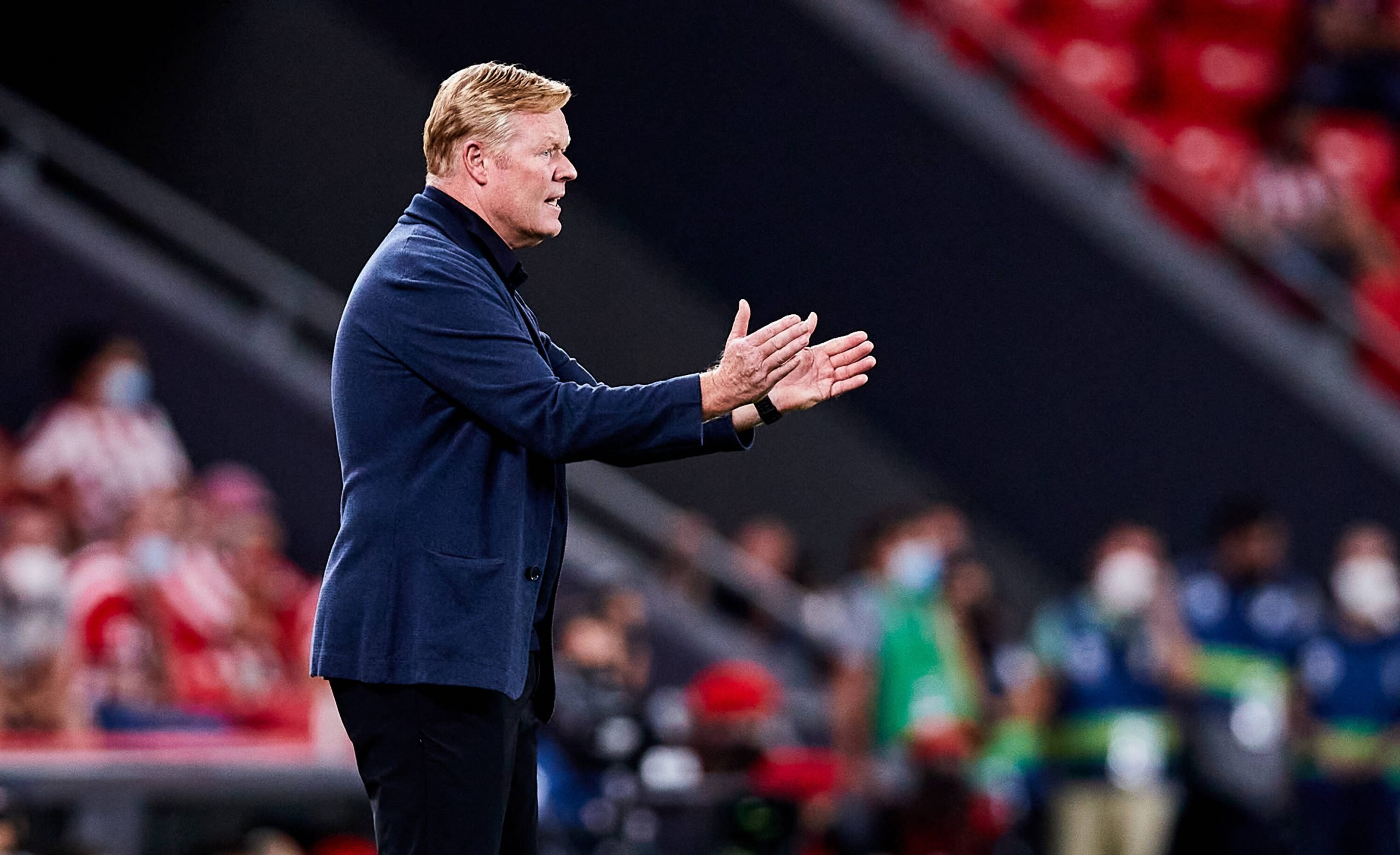 An under-pressure Ronald Koeman addressed the media ahead of Barcelona’s La Liga clash against Granada. The days since the midweek loss to Bayern Munich have been difficult for the Dutch Manager.

It was the first press conference where journalists were allowed in the media room since March 2020, and Koeman talked about a plethora of topics from team dynamics to specific players.

On his takeaways from the defeat to Bayern Munich: “I am more realistic than opportunistic. Just over a year ago, Barça lost 8-2 against Bayern, playing with Messi, Griezmann, Suarez. The other day, with Mingueza 22, Araujo 22, Balde 18, Garcia 20, Gavi 17, Pedri 18, Demir 19 and soon, Ansu with 18.”

On Ansu Fati’s recovery: “Ansu is progressing well. We can’t put a definitive date on his return yet. It might be in a week, or 10 days, something like that. The important thing is that he recovers well.”

On the expectations from the team: “We are realistic. I am realistic. The players, especially the veterans, they are realistic. We understand that everything takes time, not 2 days.”

On whether he will revert to a 4-3-3: “I think it depends on the opponent. Also, if you don’t have enough forwards you need to adapt. I think that if we played another way vs Bayern, the defeat would have been much worse.”

On fans’ perception of him: “I don’t know what Barça fans think of me. Some are realistic and understanding of the situation, others are opportunistic.”

On what Riqui Puig needs to do to get minutes: “He has to improve in many aspects.”