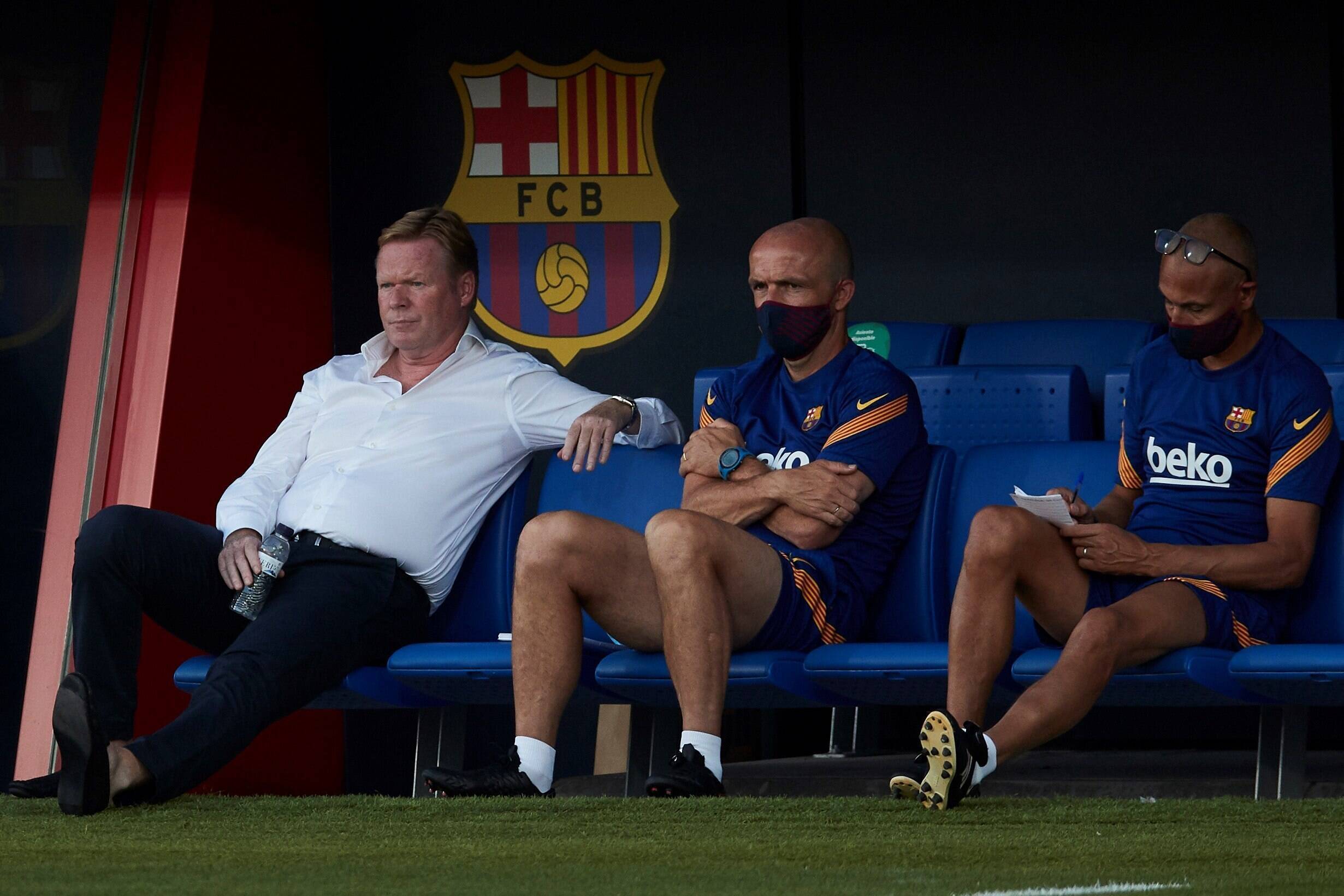 Barcelona coach Ronald Koeman has spoken ahead of Barcelona’s first La Liga game of the season at the Camp Nou against Villareal. The Dutch manager has answered a lot of questions and clarified the controversy around Luis Suarez’s departure and Riqui Puig being pushed away.

“The players are ready and prepared for tomorrow’s game.


“I was not the culprit in the Suárez issue. I respected him from the day one, and I told him that he might not participate a lot if he stays, but I would’ve counted him. Terminating Suárez’s contract was the club’s decision.


“Riqui Puig will be called up for tomorrow’s match. I count on him. If Riqui and Aleñá decide to stay they will definitely get chances to play.


“Fati is an important player and a phenomenal talent. Luis Enrique called him up for international duty because he saw Ansu’s quality. I will count on him for sure.


“I believe that our defense needs to improve. I’m a bit worried about that, but let’s talk about the positives. We have a great attack with youngsters that are eager to start the season.

Ronald Koeman in the press conference ahead of Barça – Villareal

Ronald Koeman added that he is currently counting on the players in his hands, and refused to give hints about future signings, pointing towards financial problems. When being asked about a potential new number 9, and whether that would be Lautaro or Depay, Koeman said:

“As I said before, I only speak about the players I have. Nothing is ruled out.

RONALD KOEMAN IN THE PRESS CONFERENCE AHEAD OF BARÇA – VILLAREAL

The Dutchman continued his words regarding the tactical part of the game:

“When we don’t have possession of the ball, we must press the opposition in order to retrieve it as quick as possible.

RONALD KOEMAN IN THE PRESS CONFERENCE AHEAD OF BARÇA – VILLAREAL

That brings an end to Koeman’s press conference.