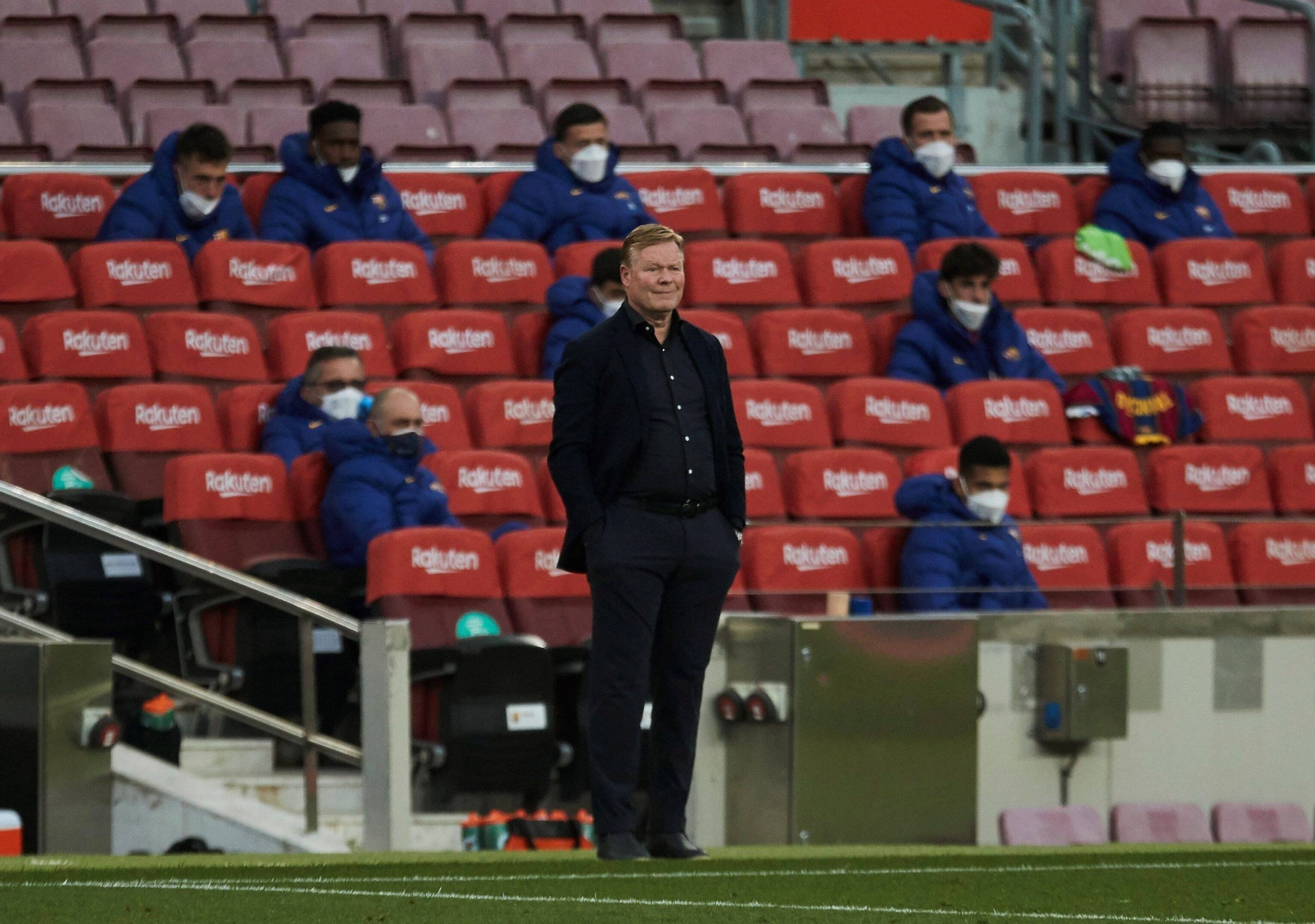 Ronald Koeman has constantly been on the end of records that he would certainly not like to be. Another addition to the incredibly saddening list is being the manager at the helm when Granada picked up their first-ever points at Camp Nou, which came in the form of a 1-2 win.

It was certainly an eventful game, though, and it saw Koeman sent off to the stands for something he said. Following the defeat, Koeman addressed the media.

He spoke about the red card, and justified himself, saying, “I don’t get it at all. I didn’t say anything, I didn’t insult him. I spoke to the fourth referee and he disrespected me.”

In addition, he spoke about what the team must do now, saying, “We are disappointed. Starting from tomorrow, we will look ahead of us and try to win the remaining games.”

Narrowing down the goals Barcelona conceded today, Koeman said, “The defeat was mainly due to a lack of concentration in defence during Granada’s two goals.”

This defeat will certainly not go down well with the Barcelona faithful, but Koeman seems to have accepted his and the team’s fault here: “We have to accept that we lost today. It is really tough because it was a good opportunity to win tonight. But OK, still five games remain. We need to be ready for Sunday.”

He also acknowledged that Atletico and Real Madrid have a tough schedule going forward, much like Barça themselves: “Our opponents have a complicated schedule.”