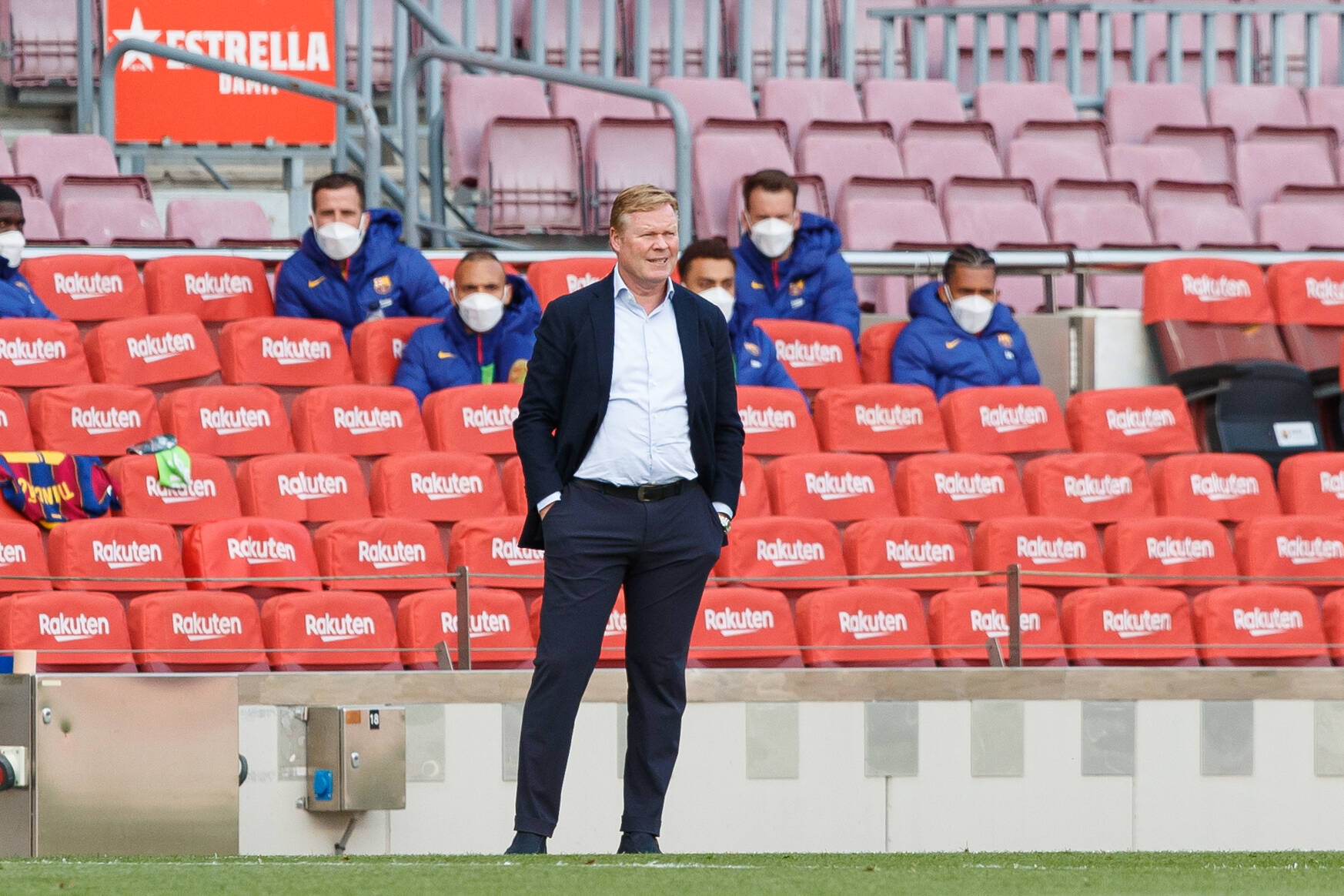 Barcelona fell to defeat at home against Celta Vigo courtesy of a last-minute winner from Santi Mina, taking their winless tally to four games in a row. No more than three weeks ago, this team were genuine title contenders and had a shot of going on top with a win against Granada. Alas, it was not to be. Not that day, not today, not this season.

There will be a lot of questions after this game, on Ronald Koeman’s future, on Lionel Messi’s future, on the inevitable team revamp needed, and much more. The manager was asked about several of these in his post-game presser.

Naturally, it started with his future at the club, which hangs in the balance. He replied with a statement from the past, saying, “My future? That’s not a question for me.”

Next in line were questions on Messi, who could have very well played his last home game for Barça. Koeman, who naturally has no hand in the scenario, said, “Messi’s future? I hope this wasn’t his last game. He has shown his effectiveness again today. But it’s Leo on his own and to win more games, we need more players to score goals.”

Barcelona were on a good run in the game when Santi Mina’s shot — Celta’s first of the game — caught Marc-Andre ter Stegen off-guard, creeping into the goal. Koeman mentioned this as well, saying, “Mentally it costs a lot when the opposition take advantage of their only chance.”

He recalled the game vs Granada, where the team lost in a very similar manner after failing to take their chances in the game: “We wasted a chance to take the lead against Granada, and today we lost in a similar way.”