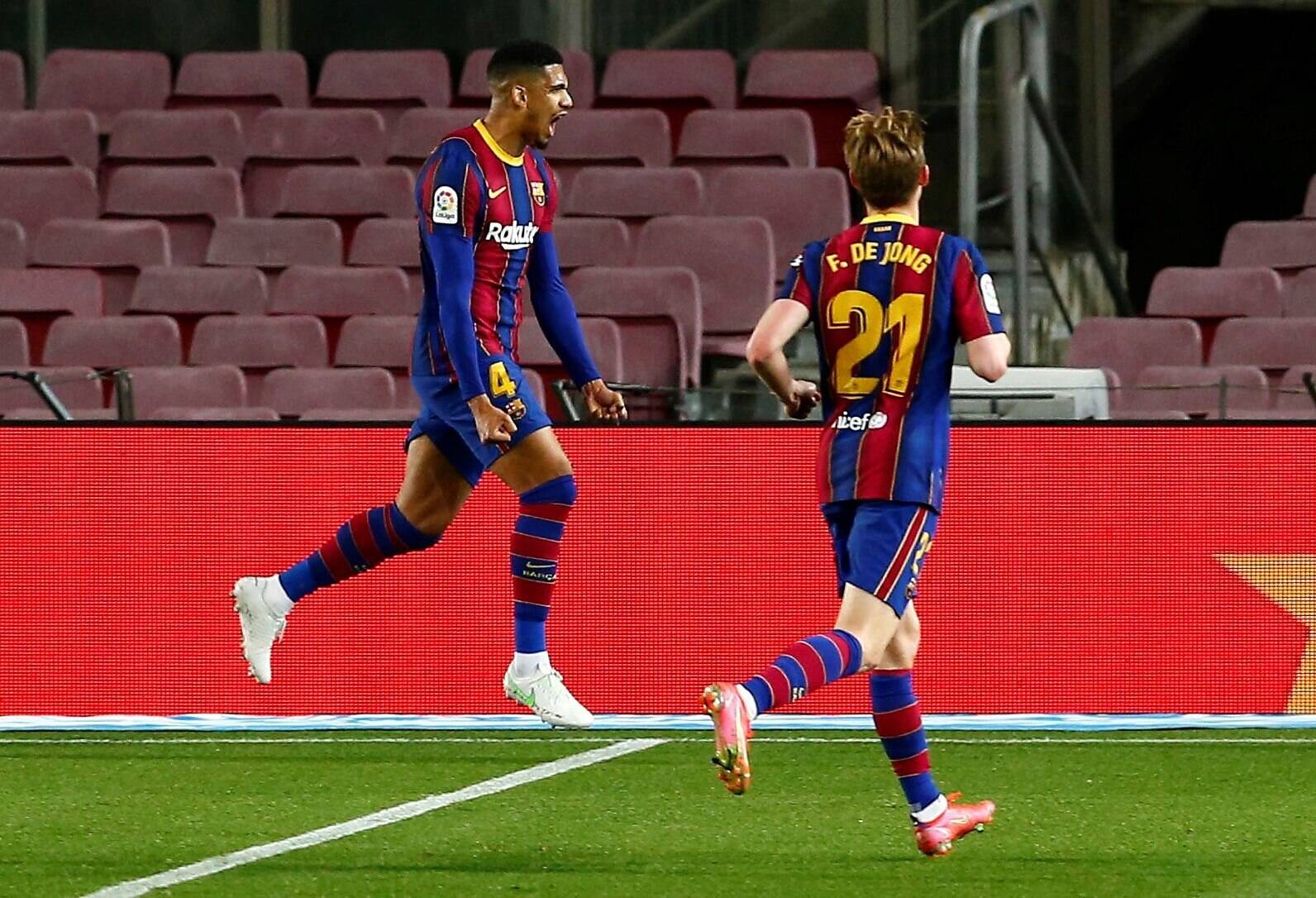 Barcelona defender Ronald Araujo was a central figure during proceedings in Barcelona’s crucial victory over Getafe. The win sees the Catalans stay in control of their destiny in La Liga, with seven games left till the end of the season.

Araujo was heavily involved on both ends of the pitch after replacing Gerard Pique after the halftime break. The Uruguayan first had a lapse of concentration in the 69th minute, where his foul on Enes Unal led to a penalty that allowed Getafe a way back into the game at 3-2.

The 22-year old then went on to score with a towering header in the 87th minute from a pinpoint Lionel Messi corner. A goal that atoned for his error and ensured Barcelona walked away with all three points before Barcelona scored their 5th goal.

Here are Araujo’s thoughts on the match and his performance:

On conceding the penalty: “I have to be more focused and more careful in moves like this to prevent that from happening. I wasn’t focused enough when I conceded the penalty. But these are things that happen in football. I have to keep working and getting better and better. The penalty was unfortunate but I am happy to score and win”

On his goal: “I don’t score much, but Messi tells me to get into that area because he crosses hard and low and I have the ability in the air to help the team.”

On the European Super League: “The club made a statement explaining everything. It’s not up to me to talk about this.”

On the title race: “We have seven finals left now to win the title. We’re doing well despite the defeat against Real Madrid and we’re just thinking about winning these seven games.”