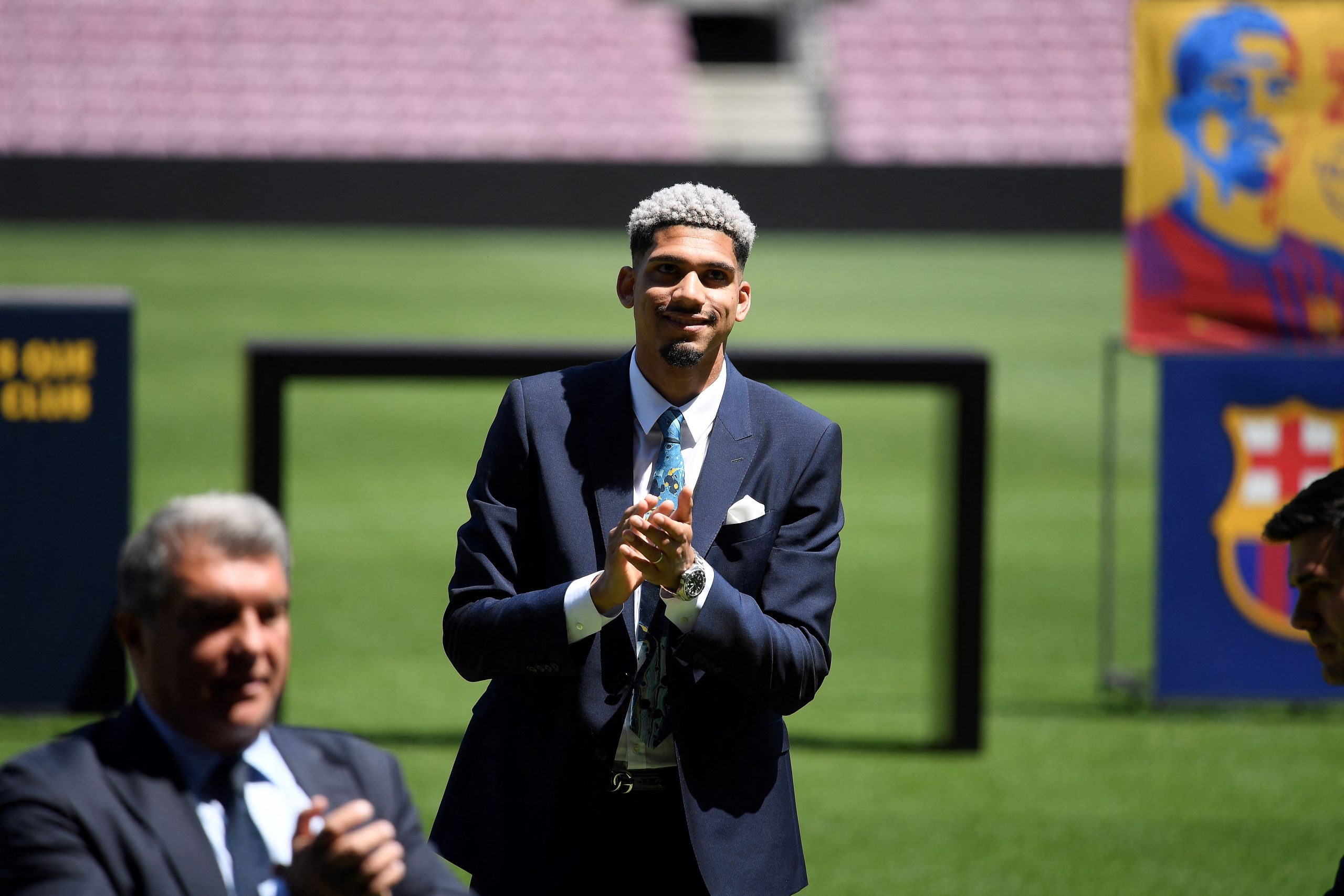 Earlier this week, FC Barcelona had announced the contract extension of one of the club’s most promising young talents in the form of Ronald Araujo.

The defender has signed a new deal that will keep him at Camp Nou until 2026, with the contract involving a release clause worth €1 billion.

Extending the contract of Araujo was one of Xavi’s priorities ahead of the new season, as the Barcelona boss considers him to be a vital prospect for the club’s defensive unit in the years to come.

According to ESPN, Xavi wasn’t the only one rating him highly, as the Uruguayan international was courted by various Premier League clubs including Manchester United and Liverpool.

Both the English giants wanted to snap up Araujo on a cut-price deal, as the defender’s previous contract was set to expire at the end of next season.

They were even willing to offer him a lucrative contract, much more than the paltry €1 million per season he was previously earning at Camp Nou. But the player opted to remain in Catalonia, in favour of working with Xavi and continuing his progress.

“[The Premier League interest] didn’t distract me at all. I was convinced what I wanted. It’s true money is a factor, but for me it’s not the most important thing. I am happy at Barcelona,” Araujo revealed, after penning the new deal.

Even prior to the official renewal, the Uruguayan international had moved to a posh neighbourhood in the city and is currently living in the same building as Frenkie de Jong.

In an awkward turn of events, though, it is the Dutchman who is now being linked with a potential exit from Camp Nou amid discontent with Xavi over his role in the first team.

Barcelona, though, are expected to resolve the issue sooner rather than later and keep hold of de Jong and other star players in the team as they look to maintain the core of the side ahead of the new season.