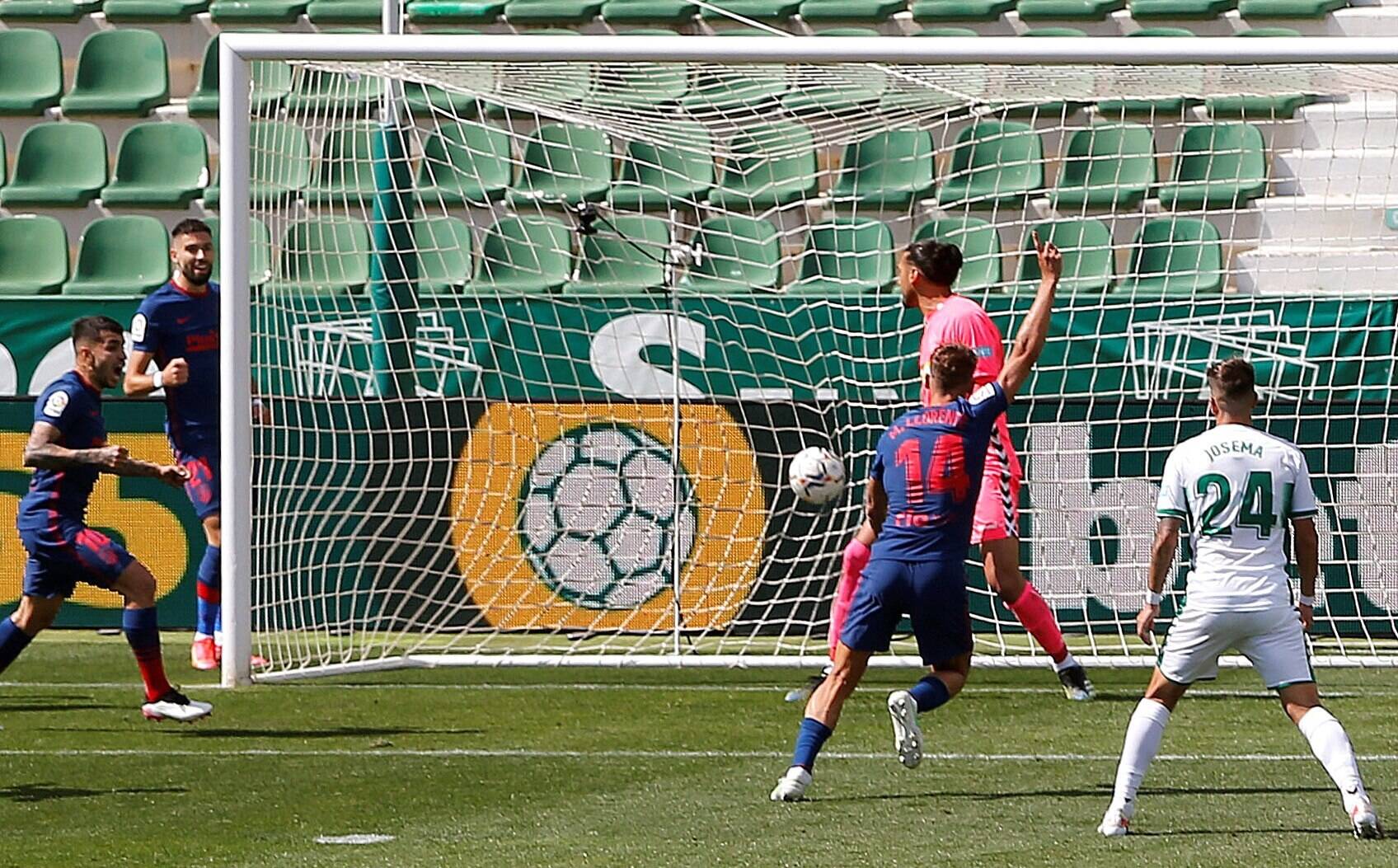 Diego Simeone’s Atletico Madrid side fought off a massive scare away to Elche, as the visitors managed to grab the victory and stay top of the table thanks to an early strike from Marcos Llorente. In a hotly-contested affair brimming with controversy, late penalty drama just about helped Atletico see off their opponents.

After disallowed goals and resilience from Atletico, Elche began piling on the pressure in the dying moments of the game. A dubious handball was given against Kieran Trippier in the final two minutes of regulation time. Elche’s ensuing free-kick went into the back of the net but was dramatically called back for a penalty.

Fidel Chaves stepped up but slammed the spot-kick against the post. Footage later revealed that Atletico Madrid goalkeeper Jan Oblak was way off his line, leading to furious rival supporters calling for the officials’ head and criticising VAR since it was not retaken. Los Colchoneros survived and took home the three points.

As it turns out, Oblak seems to have been saved thanks to the bylaws, which rather ambiguously state that “If the ball misses the goal or rebounds from the crossbar or goalpost(s), the kick is only retaken if the goalkeeper’s offence clearly impacted the kicker.”

The apparent provision in the rules means that the officials were justified in their decision, but the fans’ outrage has seemingly not ended. The game has sparked plenty of debate about the rule’s credibility and whether or not it makes sense.

The decision could potentially be title-deciding in what is turning out to be an incredibly tight race for La Liga glory. After Real Madrid also won their fixture against Osasuna, the pressure is once again on Barcelona’s shoulders, who face a tricky game away to Valencia at the Mestella.