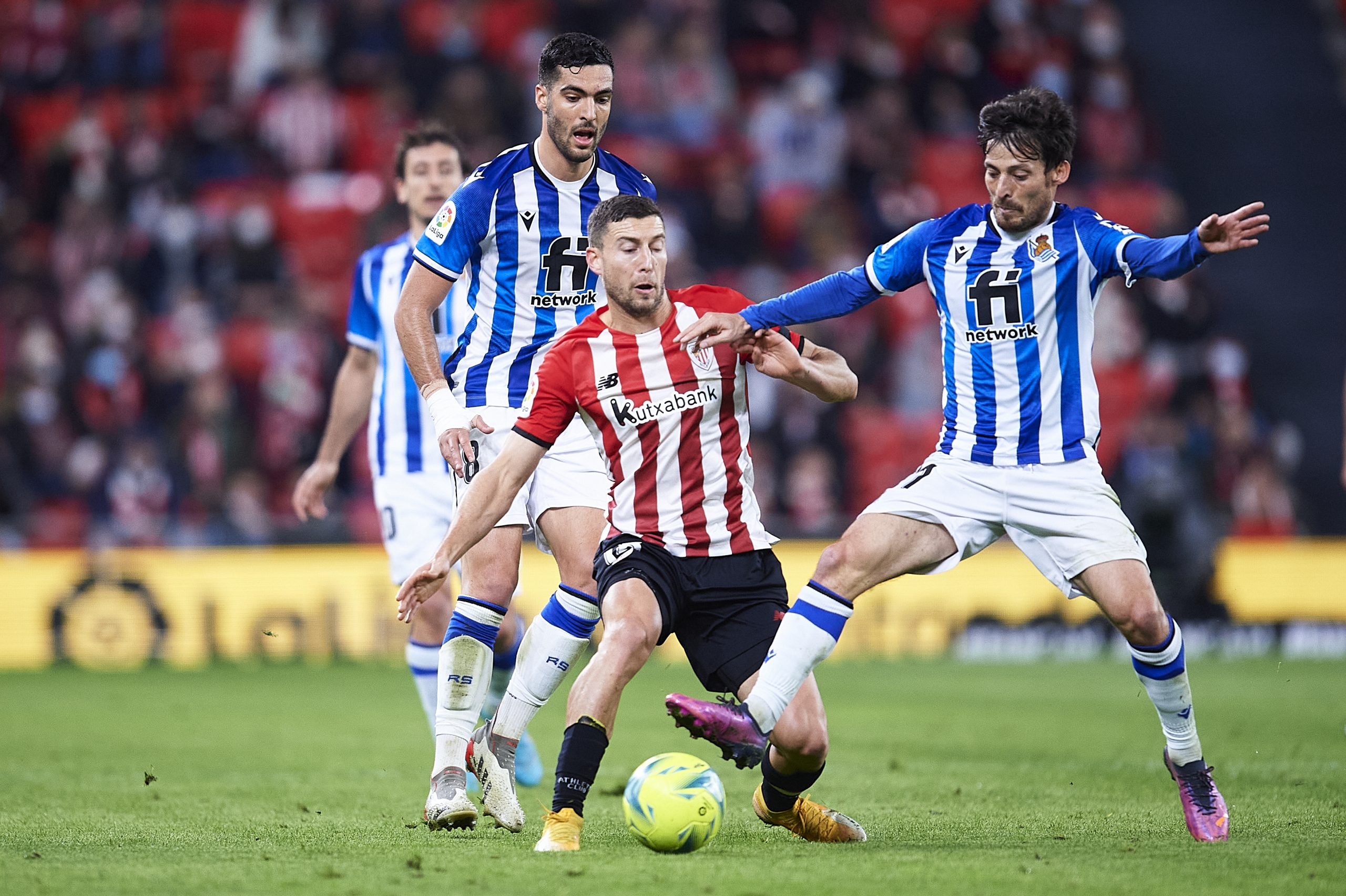 Barcelona have received timely information regarding their Copa del Rey quarter-final clash against Real Sociedad which says that their opponents won’t be able to count on the services of the likes of Mikel Merino and David Silva for the games.

The aforementioned was confirmed by Real Sociedad itself, who released the list of players that will be travelling for the match.

Barcelona, fresh off from their narrow 1-0 win over Getafe in La Liga, host Sociedad at Camp Nou on Wednesday, January 25. As it turns out, unlike their opponent, manager Xavi will be able to count on everyone.

According to Mundo Deportivo, defender Andreas Christensen, who ended the Getafe game with discomfort, trained normally and will be available for selection.

Furthermore, the likes of Frenkie de Jong and Ronald Araujo also participated in the training activities, which, in fact, was the last session before the quarter-final game.

Interestingly enough, midfielder de Jong and defender Araujo had returned from Riyadh with slight discomfort and were hence named on the bench against Getafe. The good thing for the team is that the duo is now match fit and is in contention to start against Sociedad.

Additionally, it must be noted that young forward Angel Alarcon wasn’t picked for the matchday squad despite training with the senior team on Monday. The 18-year-old made his first senior appearance against Cueta in the 5-0 win, having played the final 10 minutes of the match.

On the other hand, Xavi will be able to count on Robert Lewandowski and Ferran Torres. It must be remembered that the duo missed the previous league outing due to respective suspensions.

So now that Xavi can rely on everyone on the roster, it will be interesting to see how he challenges his Wednesday’s opponent, who are reeling due to the loss of two key players at Camp Nou.