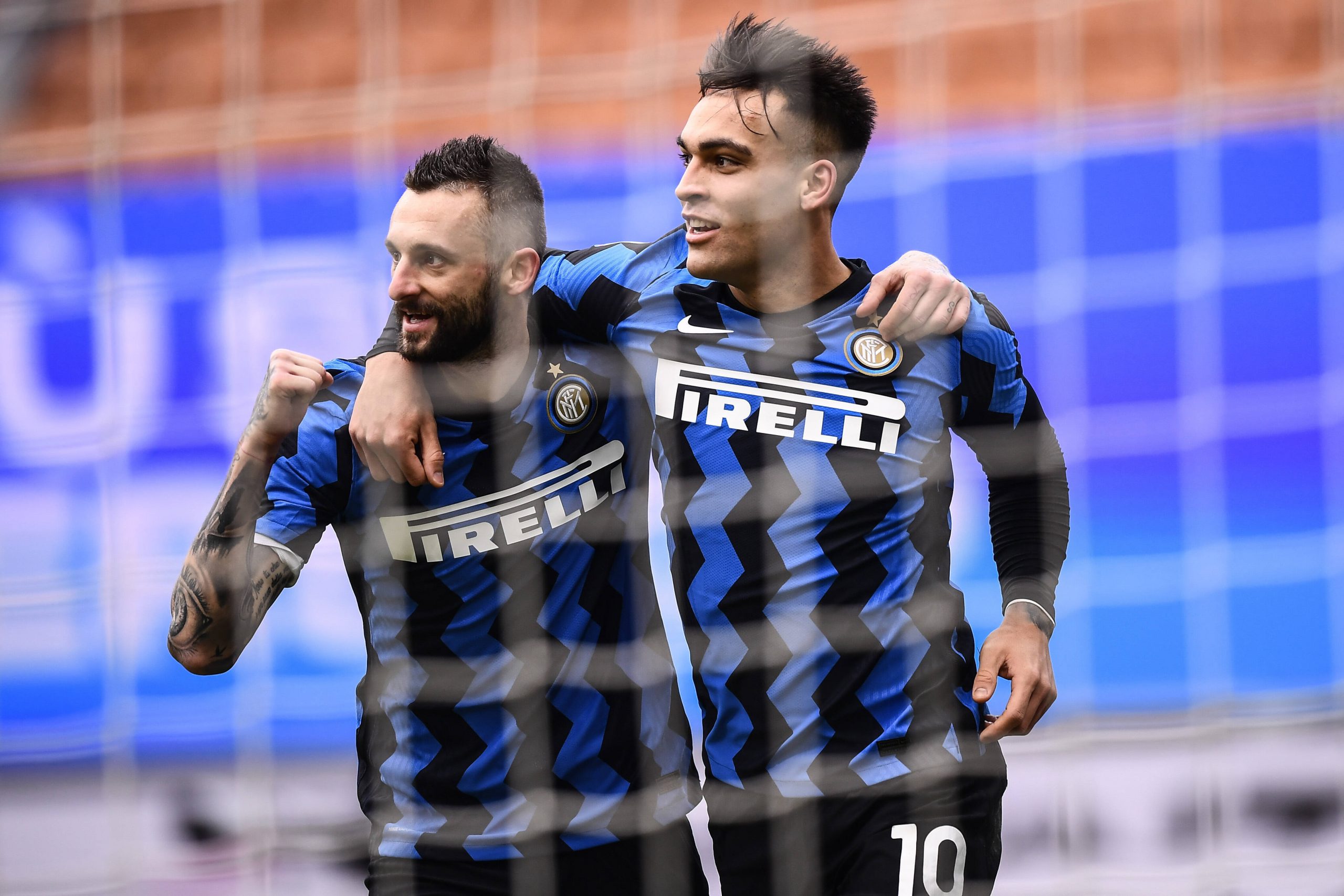 After yesterday’s reports of Serie A giants Inter Milan’s interest in Barcelona left-back Jordi Alba, it is now understood that the three candidates who the Italians will offer to the Catalans in order to secure Alba’s services could be Marcelo Brozovic, Milan Skriniar and Lautaro Martinez.

The report once again comes from Mundo Deportivo in today’s edition of their paper as a follow up to the previous news. Barcelona are deep in the middle of a total revamp of their financial and sporting structure, which has led to certain players having their contracts renegotiated.

Jordi Alba is one of these senior players who president Joan Laporta is trying to convince to take a pay cut. The Spaniard has a hefty contract that runs on till June 2024, but as is apparent by Barcelona’s economic crisis, the wage bill is in dire need of trimming.

The club is in talks with many players and their agents about the said restructuring of contracts. Reports state that the talks are going positively but they are all speculatory. And while Alba has stated that he would like to end his career at Barcelona, it is unknown exactly how well he will respond to the massive wage reductions.

The reigning Italian champions are looking for a new left-back and believe these negotiations could be an inroad to signing the Spaniard. One of the players they are reportedly willing to offer in Lautaro Martinez, has been long linked to Barcelona. But with the influx of attacking talent at the club this summer with the arrivals of Memphis Depay and Sergio Aguero, it would be redundant.

Marcelo Brozovic has been a vital player for Inter, but again, with Barcelona’s already stacked midfield with bags of quality, it is difficult to find a place for the Croatian. The only player who makes sense in the rumoured operation is Skriniar, who could solve Barcelona’s longwithstanding need for a proven centre-back.

All these dealings seem unlikely at best and nothing will be clear about Alba’s future till he returns from the Euros with Spain either way. However, given Barcelona’s dearth of options at left-back, it is improbable that the Catalans will let him go without an adequate replacement or the funds to sign one.