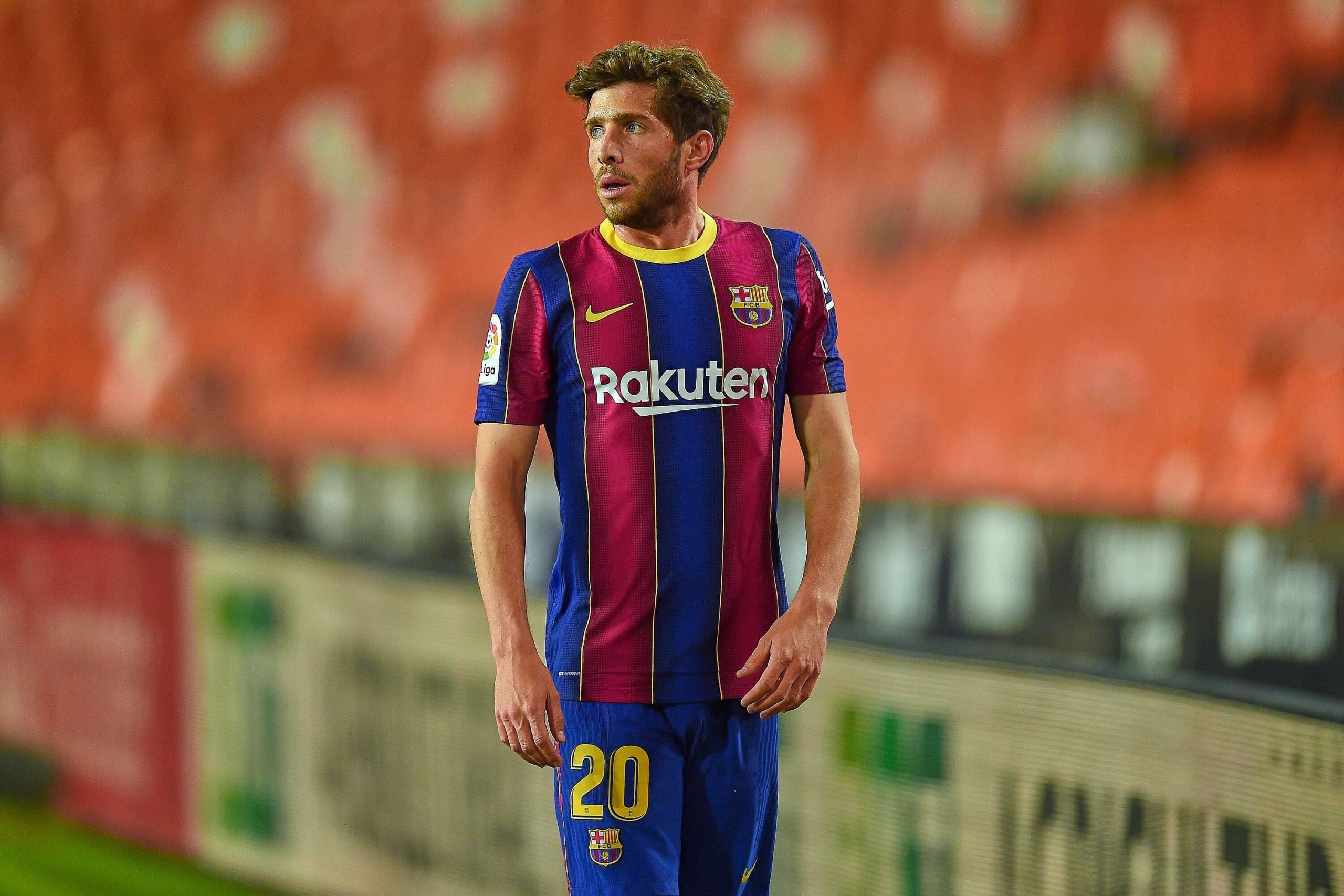 Versatile Barcelona star, Sergi Roberto, has emerged as a summer transfer target for Serie A champions Inter Milan, as reported by SPORT.

Roberto, a La Masia graduate, has seen his stock decline over the past year or so, having fallen down the pecking order under Ronald Koeman. Indeed, the Spaniard was overlooked in favour of new signing Sergino Dest for most parts of the 2020/21 term, while the 29-year-old also struggled with injury issues.

Heading into the summer, Roberto’s future at Camp Nou is far from certain, and Inter Milan are now considering a swoop for the midfielder turned right-back. The Nerazzurri are in the market for a new full-back as Achraf Hakimi closes in on a transfer to Paris Saint-Germain.

Arsenal’s Hector Bellerin is said to be the top priority for the Italian champions, who have overseen a managerial change at the club with Simone Inzaghi replacing Antonio Conte. Chelsea’s forgotten man, Davide Zappacosta is another target. However, in case a move for Bellerin or Zappacosta does not pan out, the Nerazzurri have also identified Roberto as a potential alternative.

In fact, it is being reported that Inter Milan have already approached Barcelona to find out information about the 29-year-old’s situation, although, at this point in time there is not much beyond that.

As for Barcelona’s stance on Roberto’s future, there have been contrasting reports coming out. The Catalans remain open to selling the 29-year-old for the right offer. But with his contract expiring in a year, the club are also considering offering him an extension, albeit on reduced wages, potentially to protect themselves from the possibility of losing the Spaniard for free next summer.

Speaking in an exclusive interview with FC Inter 1908, Josep Maria Orobitg, Roberto’s agent, said: “Contacts with Inter? I didn’t speak to them, Barça talks to the whole world. One day they sell, the other they offer a one-year renewal. And the other two more. This happens with all players. Inter hypothesis welcome? I don’t know the conditions, it’s difficult to express an opinion.”

Roberto has made over 300 appearances for Barcelona throughout his career. Whether he has played his last game for the Blaugrana remains to be seen.