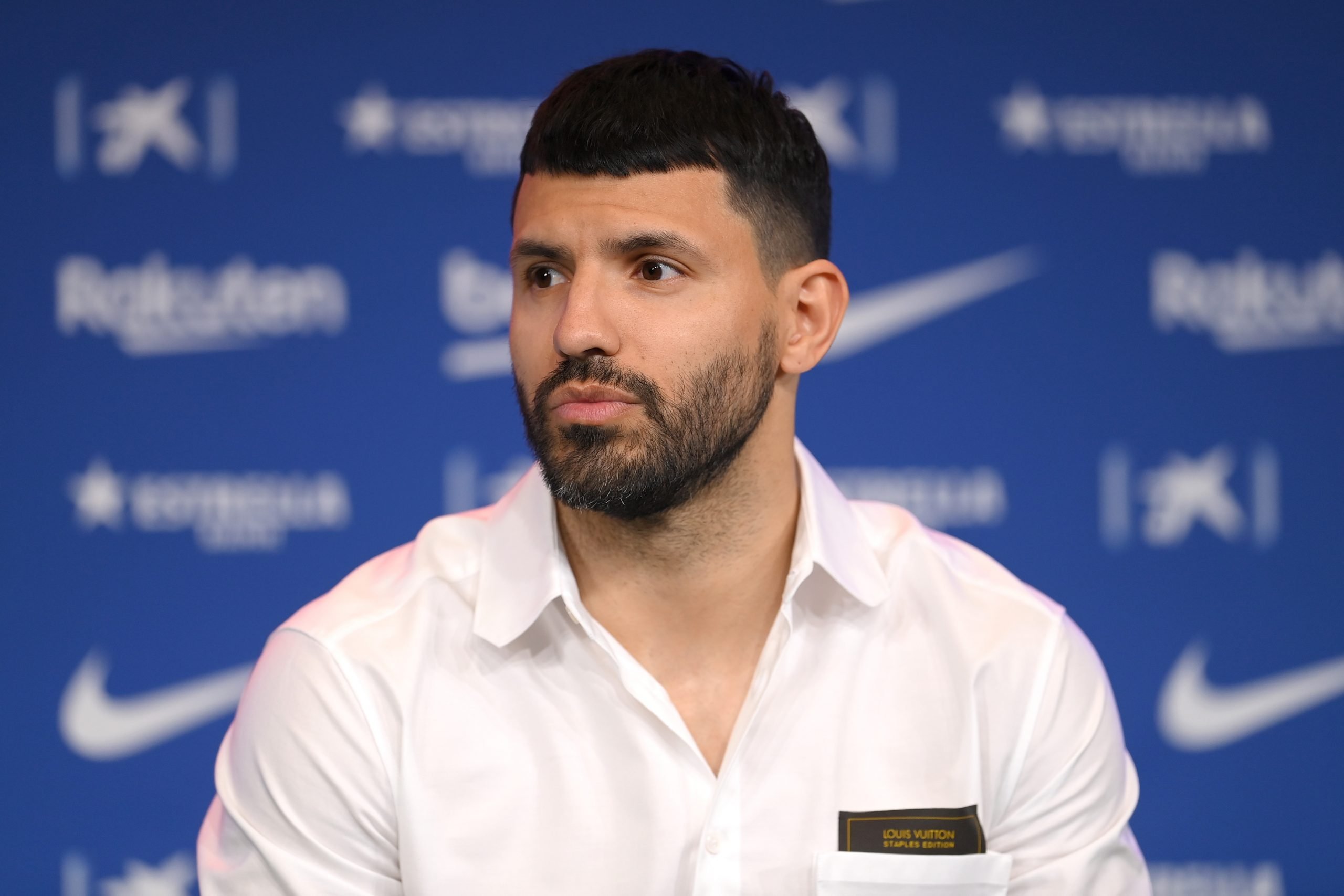 Sergio Aguero’s stay at Barcelona could possibly be cut short if a report from Fichajes is to be believed, as Inter Milan line up a move for the beleaguered Argentine.

Aguero signed for Barcelona this past summer on a free transfer after his contract with Premier League champions Manchester City expired at the end of the last season.

The main motivation behind the move, as the player has previously revealed, was the chance of playing with close friend and international teammate Lionel Messi. However, a month after Aguero’s signing, Messi ended up leaving Barca as the club were unable to hand him a new contract.

The report states that Aguero feels ‘cheated’ by the way things worked out. Add to it, the 33-year-old has struggled with injuries ever since he arrived and is yet to play a single game for the Catalans.

While he has shown great application and professionalism to try and get back to fitness as early as possible, it has simply been not possible for the ex-Atletico Madrid hitman, who also had faced these same injury issues while at Manchester City.

As a result, things are looking bleak for Aguero at Barcelona. Amidst all this, the veteran striker, who ended his Manchester City career as the club’s all-time leading goalscorer, could be offered a way out by Serie A champions Inter Milan, the report states.

The Italian heavyweights are said to be in the market for another centre-forward as they prepare to sell Alexis Sanchez while the rumours surrounding Lautaro Martinez refuse to go away either.

Given Barcelona’s financial difficulties, Inter, who are mired in their own money problems, believe they can tempt the Catalans to part ways with Aguero and are ready to test the waters with an approach.

Aguero, for now, continues his rehabilitation programme and is expected to be fit in time for the El Clasico against Real Madrid later this month. As for his long-term future with Barca, only time will tell what is in store for the veteran striker.