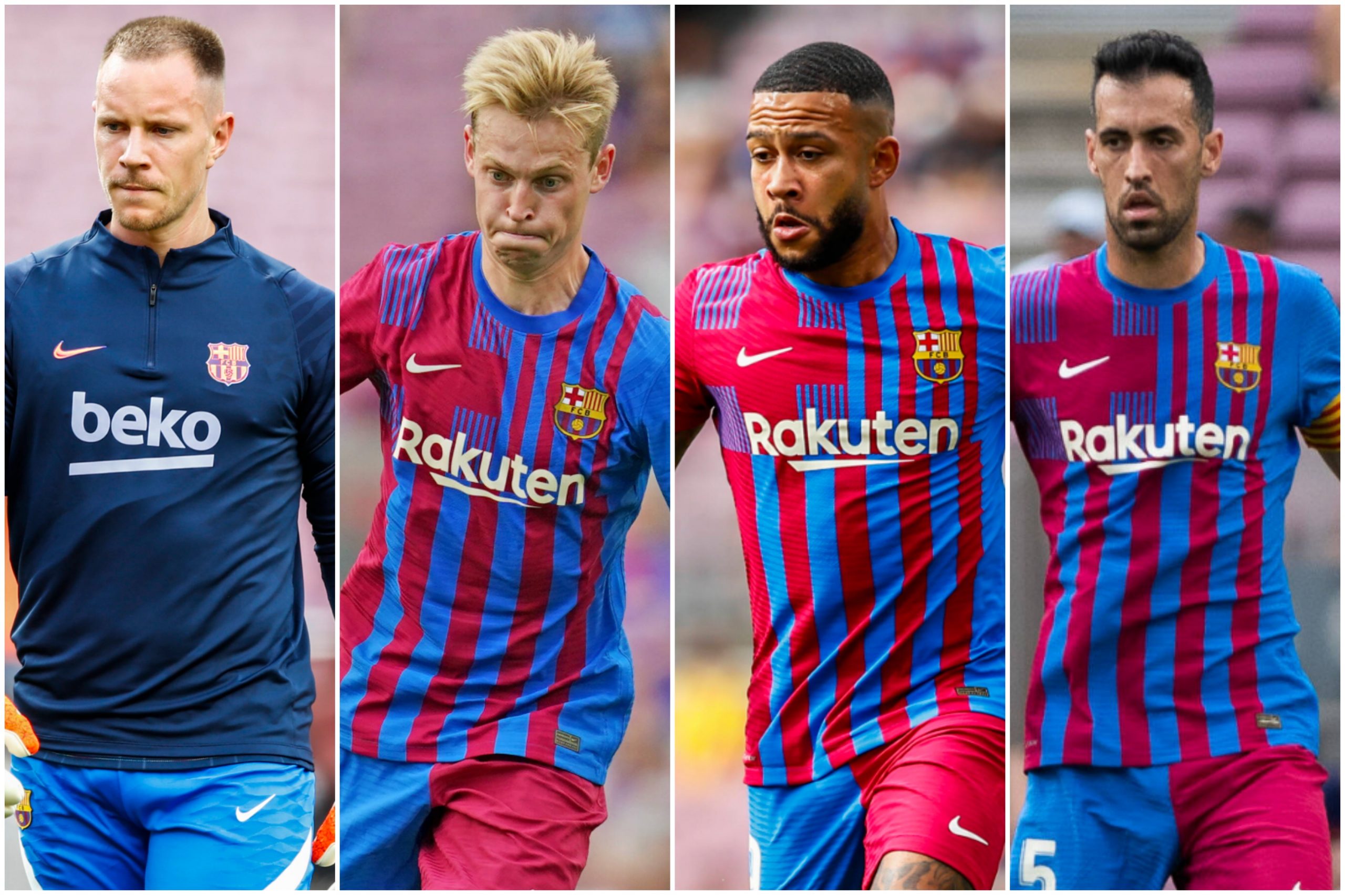 According to a report from SPORT, Ronald Koeman is full of uncertainties and critical decisions to take ahead of Barcelona’s Champions League clash against Bayern Munich.

With a combination of injuries, tactical decisions, and players yet to come to complete match fitness, the squad has many holes. The manager has reportedly decided on very few spots as guaranteed starters, with the rest still in a cloud of doubt.

Moreover, the Dutchman’s decision to revert to a 3-5-2 formation further increases the uncertainty.

Sergino Dest and Jordi Alba’s recent injuries have jeopardised the defensive line. The full-backs have been one of the most instrumental tools in Barcelona’s attack in recent years, and it remains to be seen how Koeman will compensate for their likely absence.

In the midfield, Pedri has just returned from vacation. Though he is almost a guaranteed starter, his small hiatus from football places him in the uncertainty bubble. Sergi Roberto is the second option in case a replacement is needed.

Gerard Pique’s absence means that Ronald Araujo and Eric Garcia could be the likely starters in central defence. However, Lenglet and Umtiti compete for the third spot if the manager indeed goes for a three-man back-line.

In the attack, Coutinho continues to be an option. However, Martin Braithwaite, Yusuf Demir, and Luuk de Jong are other realistic options to start alongside Depay. The latest signing, De Jong, however, lacks match fitness and is unlikely to start.