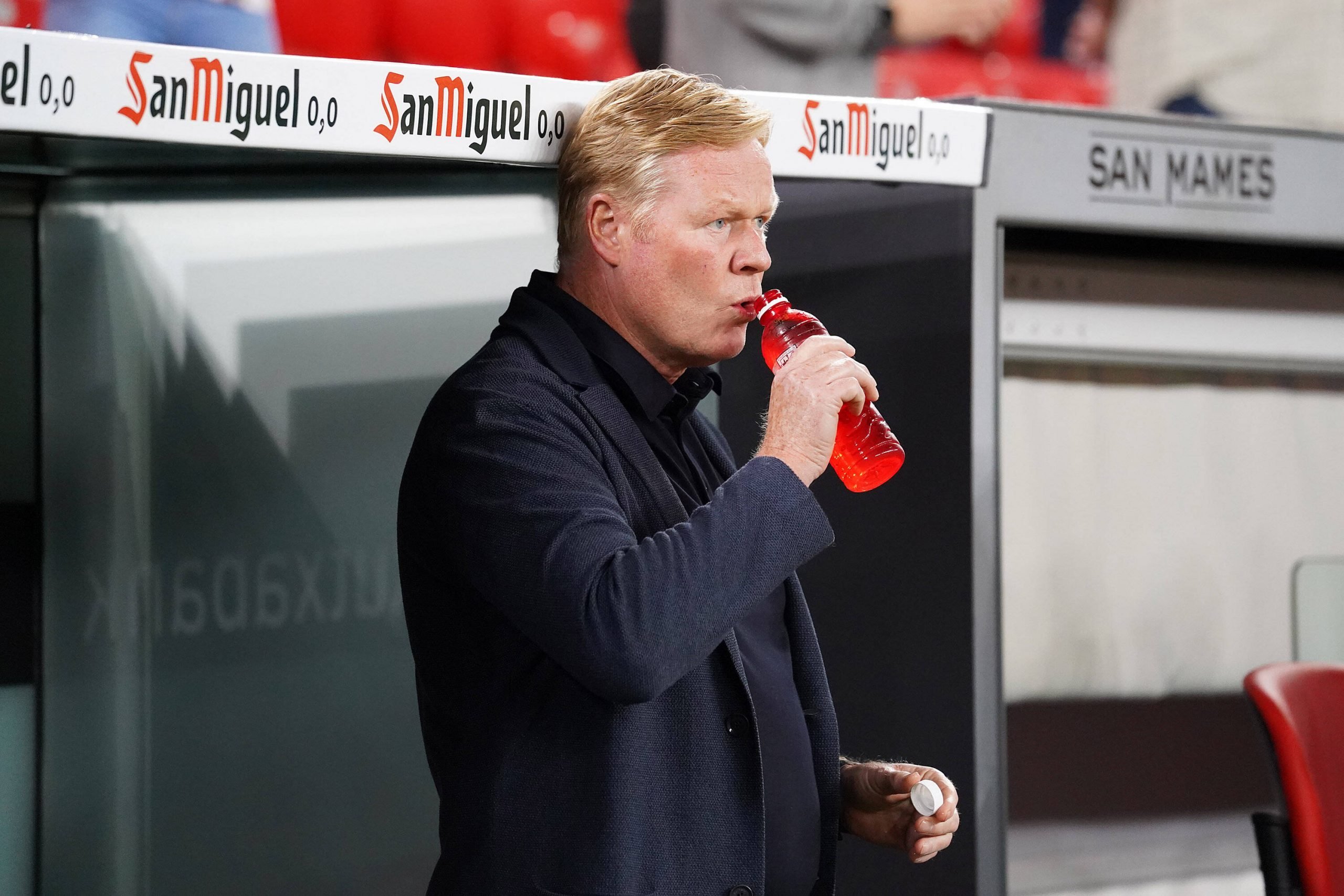 An emergency meeting held immediately after the 3-0 hammering to Bayern Munich did not bring any radical changes in the team or on the sidelines.

Ronald Koeman’s continuity was a topic extensively discussed by Rafa Yuste, Mateu Alemany, and Joan Laporta in the meeting, but the consensus reached was that it was too early to jump to any decisions.

Javi Miguel from AS reports that Koeman will have four games to prove himself at the Catalan club. The games against Granada, Cadiz, Levante, and Benfica will be crucial in deciding if the Dutchman continues or not. Any slip-up in these games will jeopardize his position.

Moreover, the clash against Atletico Madrid at the Wanda Metropolitano will not count in deciding his continuity. A defeat against Los Rojiblancos is considered acceptable under the notion of the growth or transition of the team.

That said, the coming month becomes altho more important for the Barcelona manager. The injury situation at the club goes from bad to worse, with Pedri and Jordi Alba now sidelined for close to a month.

Koeman will now have to grind out results against four quality oppositions with a depleted squad. Ansu Fati, Ousmane Dembele, Sergio Aguero, and Martin Braithwaite will not be able to help their manager save his position.

It may be early in the season, but the possibility of Koeman being sacked is edging toward reality. It will require a monumental effort from him to grind out the twelve points in four games.