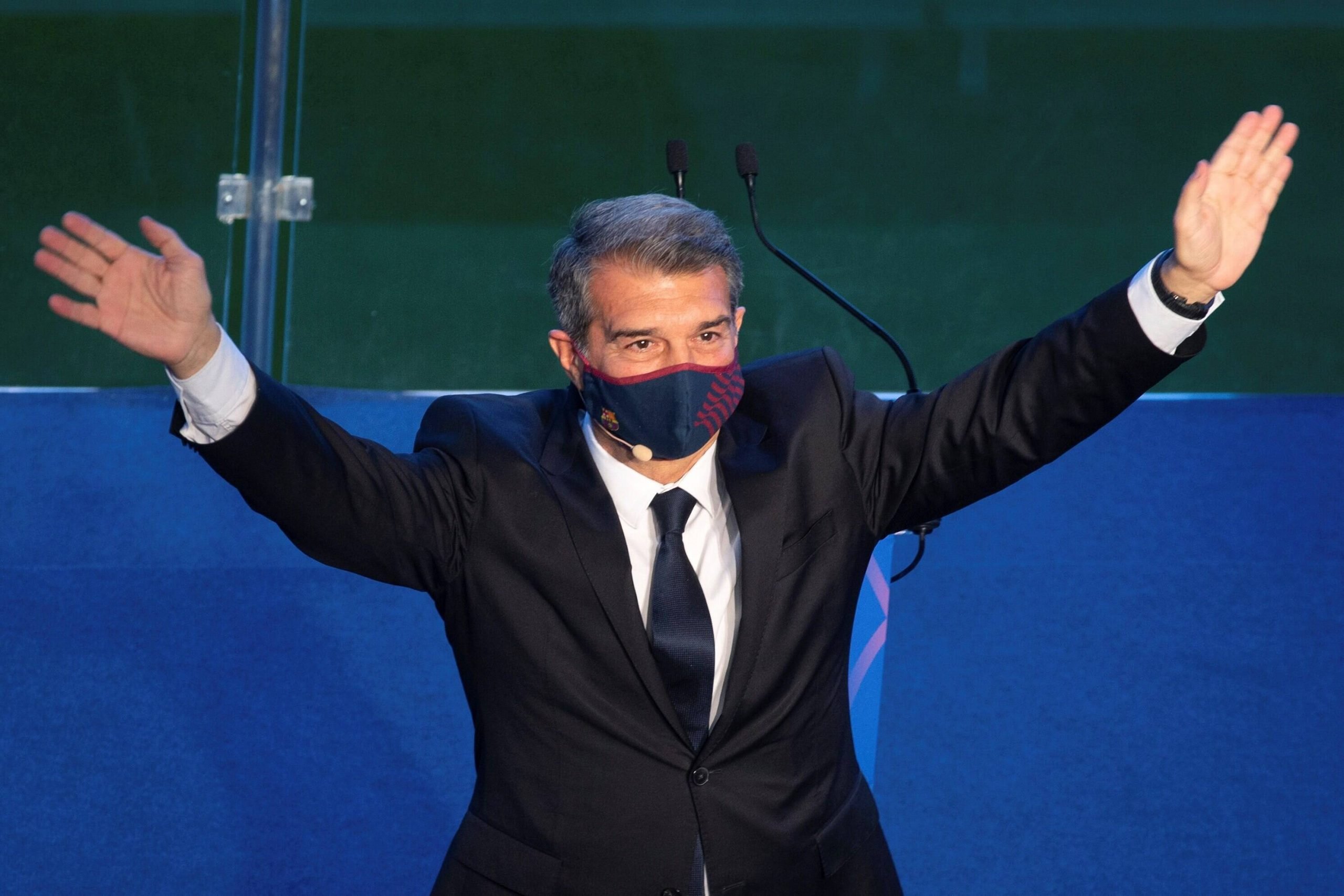 After the official investiture of Joan Laporta as Barcelona president, the new board now faces a host of challenges. However, the immediate actions that the club must take largely concern the renewals of certain players’ contracts and listing out the names of players who can be offloaded in the summer to balance finances.

As reported by journalists David Bernabeu Reverter as well as Sergio Gonzalez, the new Barcelona board along with Joan Laporta, have five key agendas with regards to contract renewals and the sales of players in the summer.

The first bit of business of course, has been in the headlines for quite a while now- Lionel Messi’s contract renewal. Laporta is convinced he can convince the Argentine to sign a new deal. This will be followed by the potential sales of Philippe Coutinho, Samuel Umtiti and Antoine Griezmann.

The sales will free up funds, which will then enable the next issue on the agenda, which is to sign Erling Haaland from Borussia Dortmund in the summer window. The Norwegian starlet has been constantly linked to Barcelona in recent weeks, with rivals Real Madrid also reportedly in pursuit of the 20-year-old.

The president then wants to turn his attention to Ousmane Dembele’s contract renewal. Laporta has stated previously that he considers the Frenchman a key part of Barcelona’s future. But now bound by tight finances, he will have to accept a potentially less lucrative deal. If he were to refuse, the Catalans might have to sell him should an adequate offer present itself.

The final bit of business for Laporta would be to attempt to sign Bryan Gil, who is currently on loan at Eibar from Sevilla. The winger has caught president Laporta’s attention and reports state that he is ‘literally in love’ with Gil’s playing style. However, this is most likely not the biggest priority for the board right now and rightfully so.