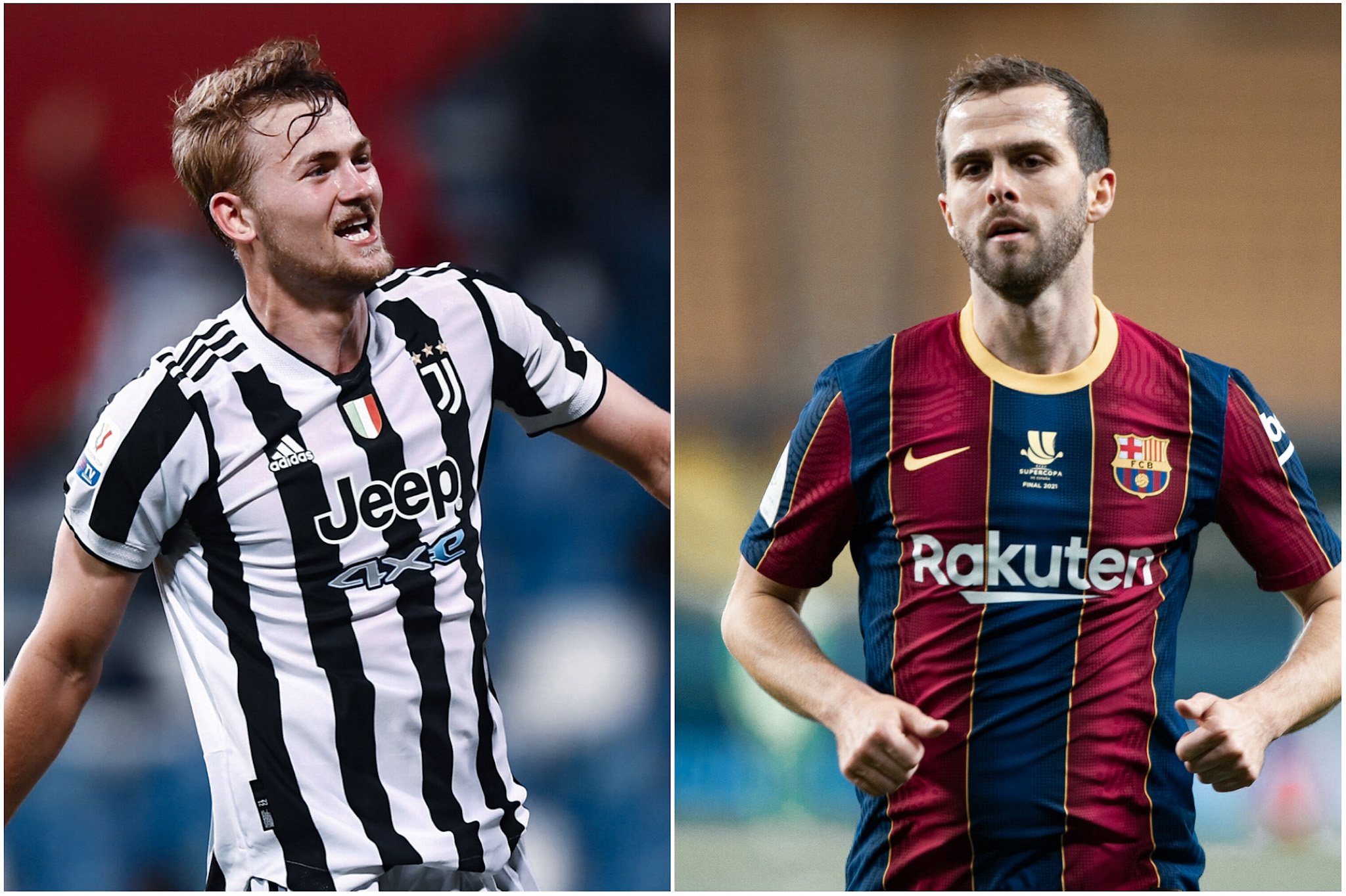 Miralem Pjanic has had a rocky start to his Barcelona career, and according to reports by Express, his first season at Camp Nou may be his only season as La Blaugrana have 3 Juventus players on their radar for whom they may use the Bosnian in an exchange deal to acquire.

Pjanic reportedly wants to return to his former club under Allegri. The 31-year-old is set to return in the capacity of either a loan or a permanent deal, who arrived at Barcelona in 2020 through a swap deal with Arthur.

Pjanic has failed to settle well in Barcelona and convince Ronald Koeman, having started only 6 La Liga starts this season, with youngsters like Ilaix Moriba and Pedri being prioritised over the Bosnian.

The Catalans are keen to offload Pjanic this summer, and he may be key to an exchange operation for three potential players from Juventus, which may actually be viable seeing that new manager Allegri wants the former player back.

The first – and most difficult – of these names is Matthijs de Ligt, who had earlier rejected a move to Barcelona from Ajax for Juventus, but reportedly greatly regrets that decision and wishes to move to the Catalan club.

Barcelona have famously been in the market for a world-class centre-back for a fair amount of time, and de Ligt fits that bill perfectly. That said, the 21-year-old will be incredibly difficult to acquire, considering that Juventus managed to qualify for the Champions League and the club themselves are unwilling to sell him.

Another name on La Blaugrana’s radar is Rodrigo Bentancur. The Uruguayan is an incredibly versatile midfielder capable of playing as a defensive midfielder, box-to-box, or even an attacking midfielder. Understandably, the 23-year-old may be seen as a solution to Barcelona’s increasing Messidependencia regarding creativity, which he can more than provide.

In addition, his physical profile may provide what Barcelona needed in Wijnaldum, who looks set to join Paris Saint-Germain now. That said, his arrival certainly puts massive question marks over the future of Riqui Puig, who has failed to get opportunities under Ronald Koeman.

The third name was for left-back Alex Sandro. Despite the left-back spot in the squad being occupied by Jordi Alba for years now, there have been defensive gaps on the left flank — although the Spaniard has enjoyed a great season as a highly attack-minded left-back.

Barcelona were reportedly interested in Valencia’s Gáyá this summer as a second option in that position, and 30-year-old Alex Sandro may provide the defensive cover on the left that the Catalans are in search of.

There are, however, 2 main shortcomings of the arrival. The first is that it hinders the development of Alejandro Baldé, who is set to break into the first team this season. President Laporta’s increased emphasis on La Masia products makes the arrival, for the sake of Baldé, relatively unlikely.

The second is that the arrival would have to convince Sandro of a bench role and Jordi Alba of a smaller role. Considering the Brazilian’s age and the season that Alba just had, both are unlikely.

Time is ticking to see how Barcelona and Juventus will continue their negotiations, but it looks like the two clubs have built a strong relationship now and are keen in creating win-win deals.