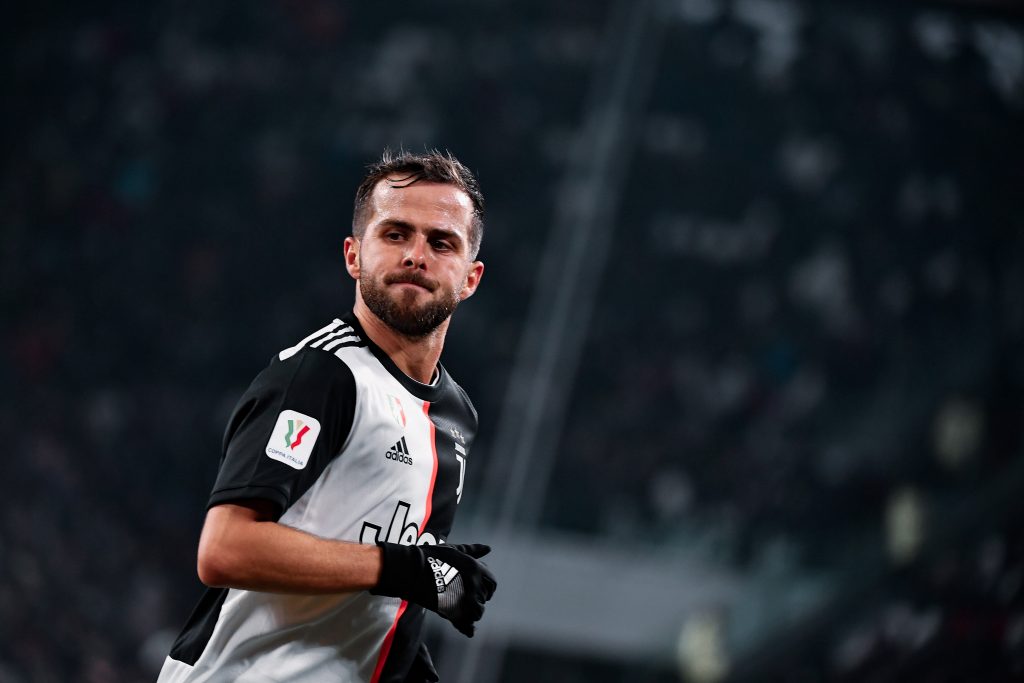 With Arthur Melo sold to Juventus for 72 million euros plus 10 in add-ons, and Miralem Pjanić signed by Barcelona for 60 million and 5 in variables, what do stats reveal in the comparison of both midfielders?

After a long time of speculation, Barcelona eventually offloaded Arthur Melo to Juventus with the Italians selling them Miralem Pjanić in return. In a highly controversial move, the 23-year-old Brazilian will no longer be part of Barça next season with 30-year-old Bosnian Pjanić coming in to replace him.

Was this deal an overall good deal? Will Pjanić be used to fill Arthur’s tactical weaknesses? Find out in this tactical analysis with an emphasis on stats.

Arthur Melo joined Barcelona from Grêmio in 2018. He was immediately touted as the next Xavi Hernández. His crisp passes, low centre of gravity and, of course, the signature pelopina move kicked off such comparisons. Though he was positionally, tactically and in terms of the general skill-level nowhere near to Xavi, he was a breath of fresh air in midfield for all culés. Since then, he went on to get four goals and six assists in 72 games for Barcelona.

“I see myself when I see Arthur on television. He is a very quick thinker. He has a natural talent, but most of all, he has a lot of room to improve through training”

However, Arthur has had problems recently. Specifically, he hasn’t been able to progress the ball efficiently enough, he hasn’t developed any more directness and he seems to have lost his creativity. Of course, directness is not necessary for a great player like Xavi, but Melo doesn’t have that level of genius-like football intelligence, unfortunately. This, along with the financial reasons, was why the Brazilian was basically forced out of the club.

“He’s one of those players that we say has the Barça DNA. He has all the qualities needed to be a success and if he’s given games, I think we are looking at a player that can mark an era at Barcelona”

Miralem Pjanić first got recognition when he joined Olympique Lyon from Metz. He played well for Lyon, but at AS Roma was where he really became a world-class player. Gaining recognition for his passing and especially his set-pieces, Pjanić was scouted by Barcelona then as well. Notwithstanding, he joined Juventus in 2016. Under coach Maurizio Sarri, appointed last summer, he has played in a different role.

With Massimiliano Allegri, Pjanić was the number 6 with Blaise Matuidi and Rodrigo Bentancur playing as the other central midfielders most of the time. He did act as a playmaker here, though Sarri hasn’t used him the same way. In Allegri’s 4–3–3, Pjanić along with the other midfielders would keep drifting in and out of space.

“He is serious and intelligent. The possibility that he doesn’t give us 101 per cent, I don’t see it”

Maurizio Sarri’s so-called Sarriball system relies on a pivot who carries the ball as well. Almost every attack is to be passed through Pjanić at some point under Sarri. Not exactly like Barcelona’s Sergio Busquets or Frenkie de Jong, who either drop in between the centre-backs or act as a false centre-back, respectively. Miralem’s job is to stay in the base of midfield and find passing lanes to receive the ball behind the opposition’s first line of press. Pjanić’s line-breaking passes and awareness are perfect for him to execute this role, even if his lack of dynamism and defensive expertise have made him struggle under Sarri on several occasions.

What do the stats say?

Miralem Pjanić has played around 2,000 minutes in the 2019/20 term, roughly 1.6 times more than Arthur, who has recorded around 1,200. Arthur has also been played in a more advanced role as compared to the Bosnian. Keeping this in mind, we will take a look at their stats and see what they indicate.

Note: All stats are taken from fbref

To start with, ball progression. This is something that a more defensive-minded player would usually have better stats at since progressing the ball in your own half isn’t as hard as in the opposition’s half. Still, Arthur’s passes have had the tendency to be very lateral very often. In terms of percentage of passes completed, Arthur has a success rate of 52% in his own half compared to Pjanić’s 61%.

This is indicative of Miralem’s line-breaking passes, since Arthur would have played more passes backwards or laterally in his own half and Pjanić more progressive, according to their positions. In the middle of the field, Arthur and Miralem have a 93% and 94% rate, respectively. In the final third, though, the former has an 85% rate which is much better than the latter’s 72%.

In terms of the progression in meters of their passes, Pjanić’s passes have covered 8729m compared to the Brazilian’s 3246 according to fbref via StatsBomb. Even considering that the former has played roughly 1.6 times more, the Bosnian has a clearly higher distance travelled, which in turn can point towards Pjanić’s passing range. Playing in the Serie A for a long time, the Bosnian was already excellent at long balls. This is something that Arthur hasn’t displayed enough or seems to lack. Even when under Maurizio Sarri, in a possession-based system, Pjanić has a much better passing range statistically.

As many people have noticed, Arthur’s passing hasn’t been as progressive as it should be. Pjanic’s, however, has been. Arthur has only 57 progressive passes compared to the Juve man’s 177. As stated earlier, this would be easier for Pjanić since he plays in a more defensive spot, but he is very often pressured since the opposition know the pivot’s importance in Sarri’s system. Hence, his ability in this case should not be undermined.

Stats for defence and transitions

Somewhere that Arthur really shines is in the passes completed under pressure metric. His 205 are very good compared to Pjanić’s 241, which are more in number but, again, not considering he has had 1.6 times more matchtime.

We have seen both players operate in tight spaces often. Arthur shields the ball really well and manages to twist and turn away from the opposition. The next step for him is surely to try to receive the ball in threatening spaces rather than get into threatening spaces with the ball. Pjanić is really good at progressing in tight spaces. Since his days at Roma, he has known how to use the rivals’ momentum to his advantage. He often opens up his body to make his marker think he is going one way and darts in a direction.

In terms of defensive output, it is more important for Miralem to excel here. In the future when he plays for Barcelona, stopping counter-attacks is something which can benefit the team a lot. Even under Maurizio Sarri, being defensively strong is important which is something that players like Sami Khedira, Blaise Matuidi and Rodrigo Bentancur have gotten good at gradually. This could be the case for Arthur. He might develop his defensive attributes or he may be given a creative role. It remains to be seen.

Arthur surprisingly has a better ratio of tackles won, with 14 from 17 compared to 24 from 43 for Pjanić. Both midfielders are somewhat short and, though physique isn’t as relevant as technique, the utilisation of thus physique is important. The metric of dribblers tackled is good to get an idea of the previously mentioned ability to stop counter attacks. The 23-year-old edges out the Juve man with 33%, which is more than the latter’s 29% in this regard.

This means that the Brazilian might do well in a creative role, where he also has a light defensive responsibility. Somewhat similar to Sergi Roberto when he plays as a left central midfielder or so. He is expected not only to carry the team forward, but also to track back when possible.

While the positions of Pjanić and Arthur have been slightly different, stats already reveal some of both players’ tendencies and traits | Photo by Marco Bertorello / AFP via Getty Images

In a high-pressing system, both players surprisingly would have a similarity in one metric: successful pressures. This implies that both players have successfully contained an equal percentage of pressures attempted at 28.3%. Pjanić’s dribbling under pressure is very impressive. It is not always a lot of dribbling, but it is highly effective in progressing the ball forwards.

As the stats show, Arthur Melo and Miralem Pjanić are quite close in most regards when you consider their data along with position and playtime. This would make it easy to just conclude that Juventus are getting the better deal with Arthur being seven years younger. Nonetheless, Pjanić can really flourish in the next few years. Andrea Pirlo joined Juventus at a similar age and we all know how good he was for them.

Another positive to take from this transfer for culés is that Pjanić would start for a maximum of two to three years. He could even be eased out of the starting line-up when needed. Basically, this is an excellent opportunity for the La Masía midfielders to transition into the first team. Of course, right now it’s all speculation. The only thing Barça fans can do is to support their new midfielder and not get him muddled in with the hate towards the board for this deal.