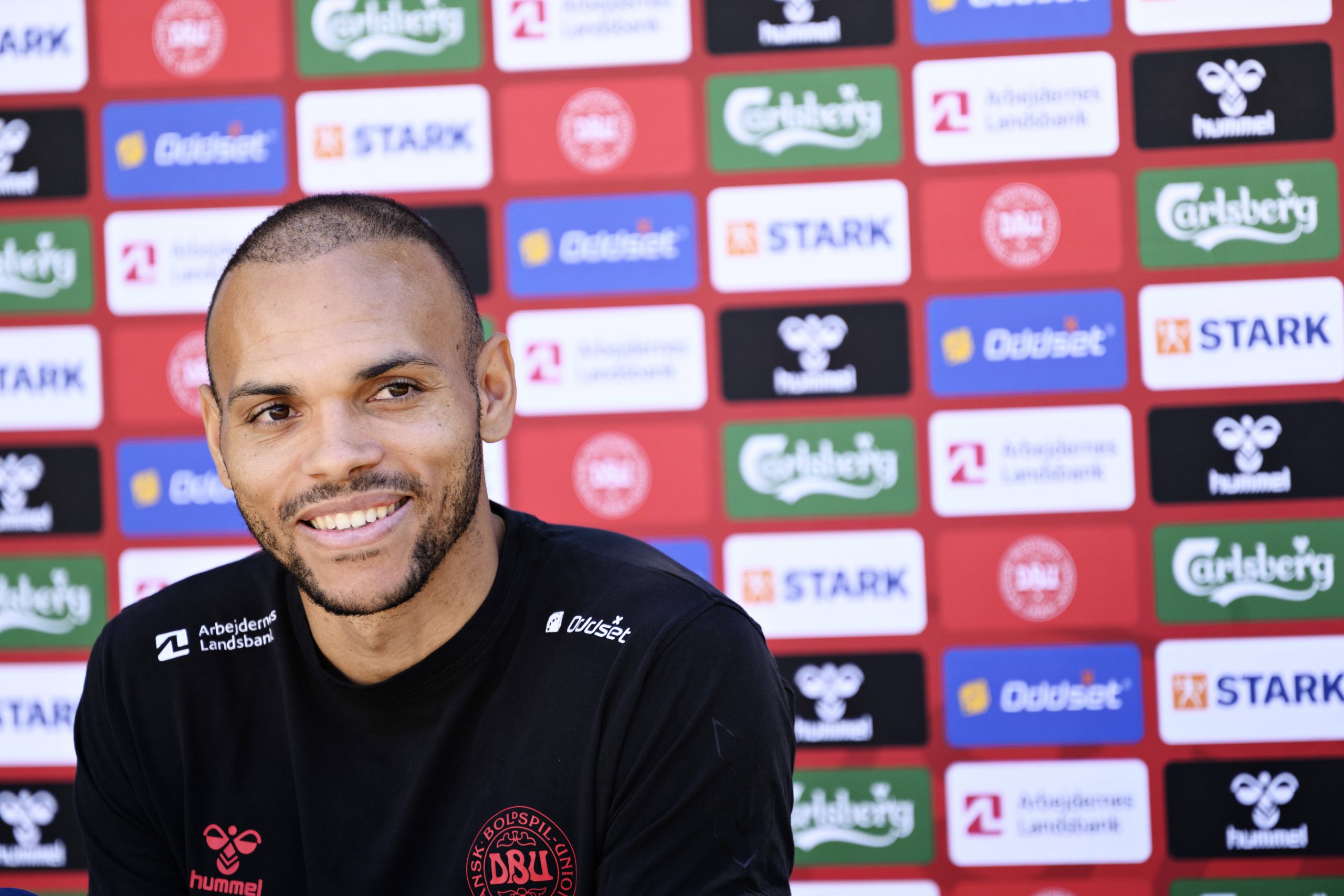 Despite a bitter end to the Euro 2020 for Denmark against England, the former have been lavished with praise for getting as far as they did after the tragedy that befell them in their opening game. The Danes put up some spectacular performances en-route the semi-finals and showed great fighting spirit till the very end.

One of their key men during the course of the Euros was Barcelona striker Martin Braithwaite, who, despite scoring just once in six games, was an undisputed starter for Kasper Hjulmand. The 30-year old forward’s work rate, dynamism and passion all made him indispensable, accumulating 565 minutes.

And Braithwaite’s performances at the Euros have consequently managed to turn a few heads. As Barcelona attempt a major squad overhaul and try and cut their wage bill in times of dire financial crisis, they have now received offers for the Dane, as per reports from L’Esportiu.

After the new signings of Sergio Aguero and Memphis Depay, it is tough to see Braithwaite having a future in the squad plans, even though he has iterated his wish to stay. Barcelona will value any offers that come in for the striker, and expect to ideally secure a fee of 10-15 million euros.

A few Premier League clubs have reportedly made contact with Barcelona for Braithwaite, and the club seem keen on taking advantage of any interest shown for the player.

The board is working around the clock to reduce the load on their payroll to facilitate Lionel Messi’s renewal. Any and all sales would go a long way in easing their financial burden.