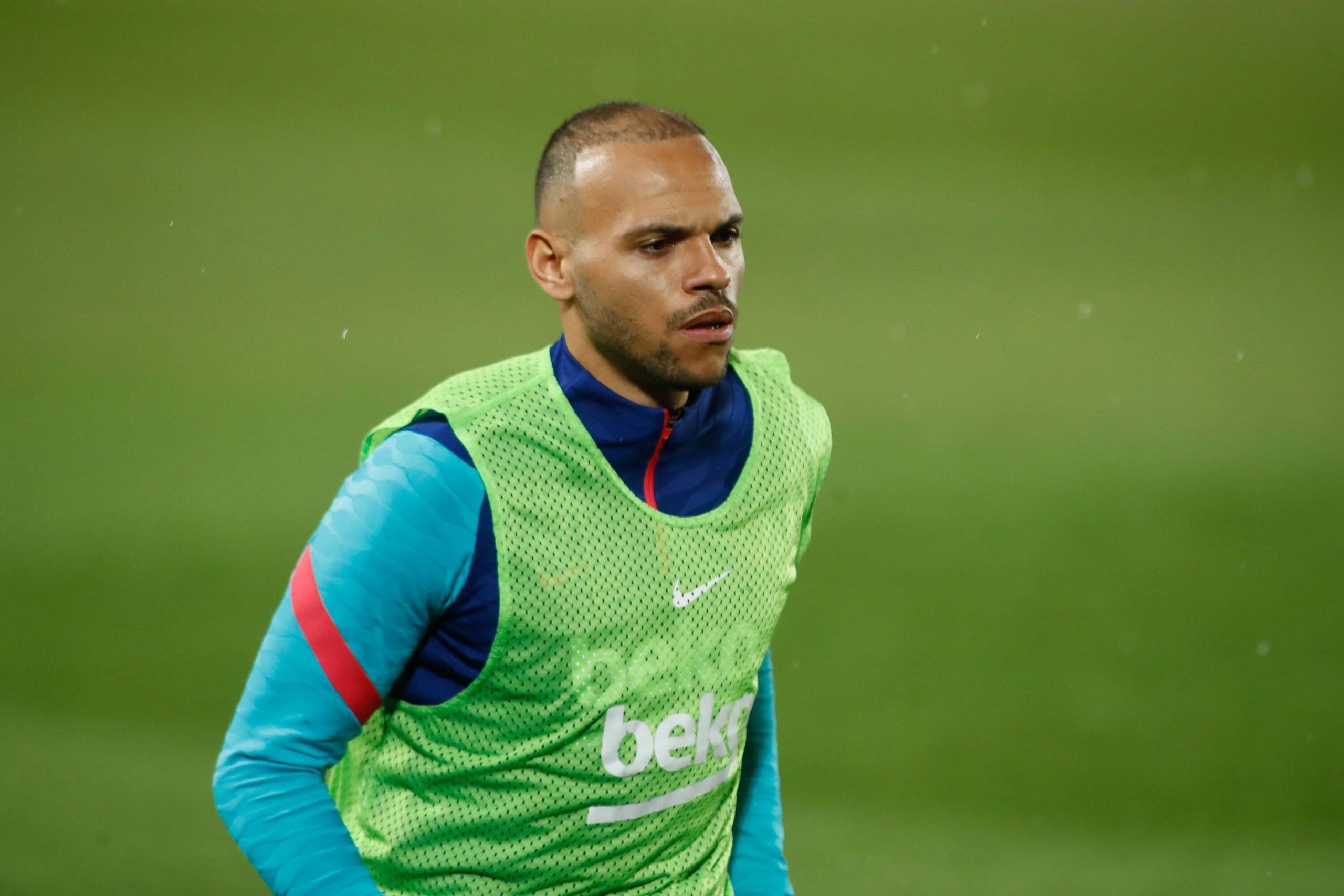 Martin Braithwaite might not have had a season to remember with Barcelona in 2020/21. But the forward’s value is certainly on the rise after some impressive performances with the Denmark national team in the UEFA Euro 2020.

Indeed, the 29-year-old’s has been displayed fine form, helping Denmark bounce back after a slow start and cruise through to the quarter-final of the tournament. This, in turn, has come as a boon for Barcelona, who have been actively looking to offload the 30-year-old this summer.

Braithwaite was signed by the Blaugrana in February last year as an emergency transfer after a spate of injuries, with the intention being to sell him in the subsequent summer. However, the effects of the pandemic meant a sale was not possible. The 30-year-old was used as a bit-part player by Ronald Koeman and he offered decent value.

But as the Catalans look to trim their massive wage bill, Braithwaite is among several players that they wish to offload. And, there seems to be no shortage of suitors for him either, if a report from Mundo Deportivo is to be believed, as he is courting interest from West Ham United and a few other Premier League clubs.

Closer to home, La Liga rivals Valencia, too, have expressed an interest and are even negotiating with Barcelona over a move for the Dane, along with young midfielder Carles Alena, as they look to make the most of the Blaugrana’s interest in Jose Gaya. Braithwaite, however, is not looking to leave and wants to continue at Camp Nou, the report adds.

The 30-year-old feels settled in the team while his family is also settled in well in the city. So, the only way that the forward would consider a move away from Barcelona is if he receives a contract offer that is bigger than what he currently earns. If not, he intends to stay put at the club.

For now, Braithwaite’s sole focus is on the UEFA Euro 2020, where Denmark face the Czech Republic in the quarter-final later this week. While his agent continues to deal with his future, a decision is only likely to be taken once the tournament is over.