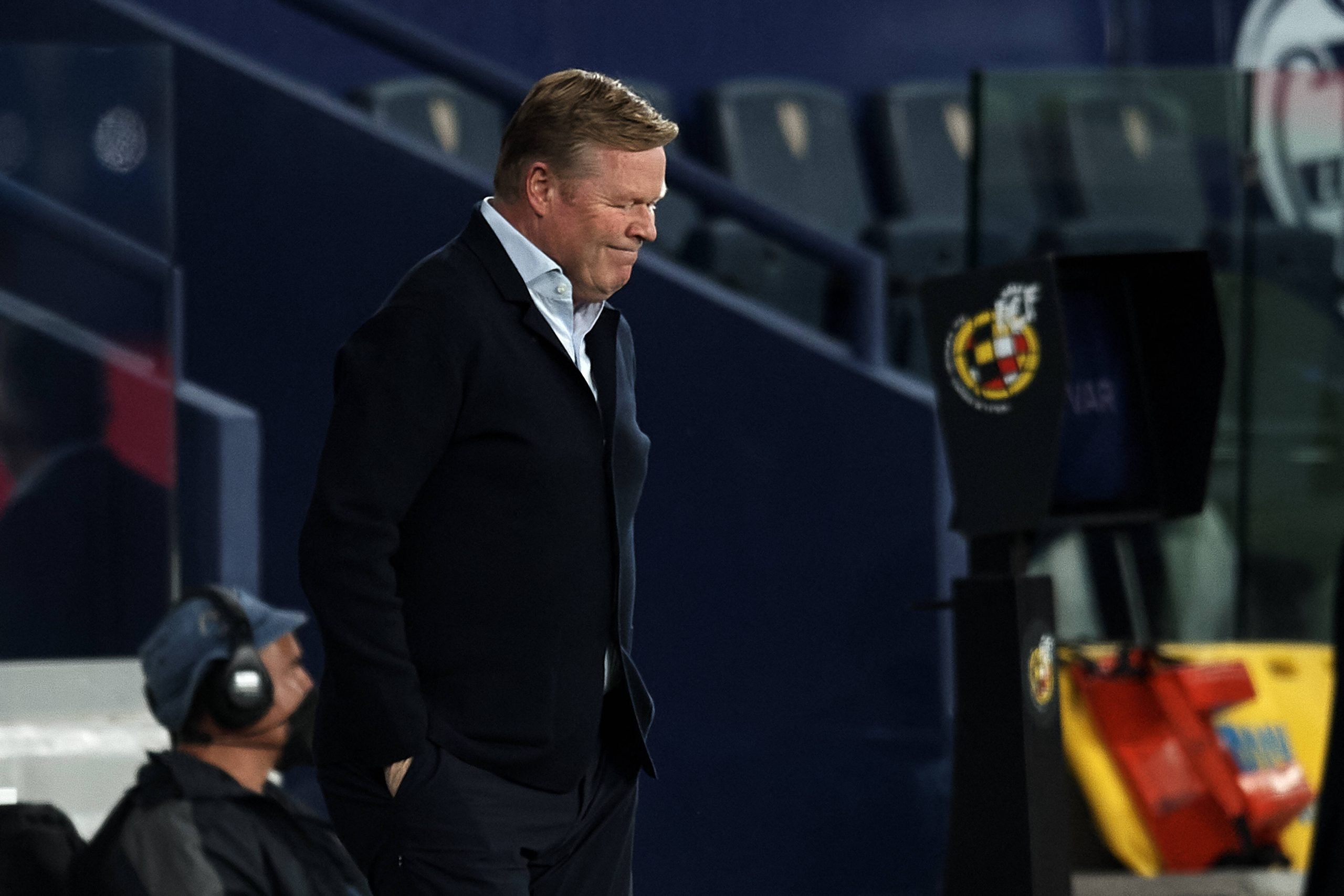 Yesterday’s abysmal display against Levante leading to a 3-3 draw means that Barcelona’s hopes for winning the league title are practically over. Ever since the 2-1 defeat against Granada, doubts about Ronald Koeman’s continuity have grown significantly.

According to Catalunya Radio, Joan Laporta will have a little meeting with Koeman after the final league game, demanding explanations about the poor results.

On 29th April, Barça had a chance to go top of the table with a win against Granada; however, after a stellar first hour, the team started to fickle and conceded two goals in the next 20 minutes. Sergi Roberto was terrible throughout the match. However, even after such a mediocre display, the Dutch manager refrained from subbing out the Catalan fullback.

In the subsequent match against Valencia, Barça’s defense failed to function properly as the Catalan club held on to a narrow 3-2 win. Gameweek 34 tie against Atletico was deemed to be a title decider for a long time. However, Barça’s relaxed approach to the game once again put Koeman under the radar.

Barcelona in the last 12 days:

After a facial injury to Sergio Busquests in the 25th minute, the Dutch manager decided to bring on Ilaix Moriba. This was a highly debated decision, Barça needed a creative midfielder after the unfortunate injury of Busi.

Riqui Puig had a magnificent game when Barcelona faced Atletico at Camp Nou last year. Most of the pundits believed that the Spanish youngster could have offered a lot more in the game compared to Moriba.

The game against Levante surely seems to be the last nail in the coffin for the Blaugranes and the former Dutch national. Most of the substitutions were debatable and resulted in momentum shifting towards Levante. Barça once again failed to grab the opportunity to go top of the table, a feat they have not achieved even once this season.

Koeman’s in-game management has been poor for the majority of the season. The team has struggled to break through the big European opponents once but all. All the good work that Koeman did throughout the course of the season seems to be falling like nine pins as Barça finds themselves more distant from the league title than ever.

There have been reports from Spain hinting that Koeman might get sacked at the season. Many names, including the likes of Xavi, Garcia Pimienta, will be considered for the opening. The newest addition to this list is Jordi Cryuff.

Sources close to Laporta have revealed that Jordi was always the contender for becoming the manager due to the precarious financial condition of the club. It will be interesting to see what is going to happen in the coming days.