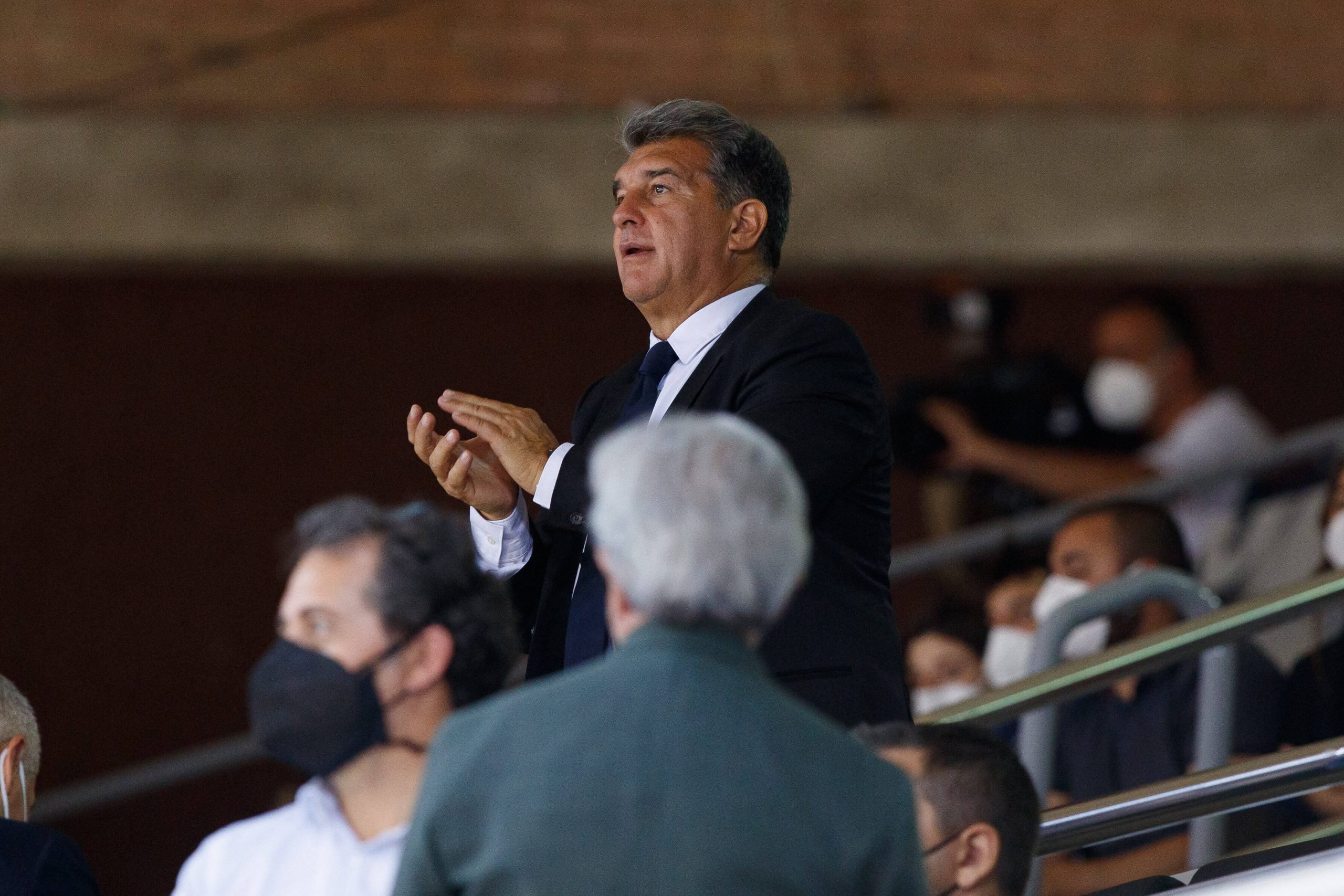 Barcelona are continually making moves in the transfer market as they look ahead to the 2021-22 season in order to build a competitive squad that can challenge for every title possible. The latest addition of Memphis Depay was made official last night, but president Joan Laporta is not done yet.

It has been 100 days since Laporta took office as Barcelona president for the second time, but with this tenure promising to be far, far more challenging than the last. He sat down with La Vanguardia to have a chat about all the developments at the club since his investiture.

Laporta revealed how he found Barcelona after taking over as president once more: “Worse than I expected, and that I already expected it in a very complicated situation.”

Currently, he is conducting a major overhaul to address all the structural and financial issues at the club, on which he said: “We are trying to restructure the entire workforce, we have found great differences between salaries, in a market that the only thing that will allow us to do is exchanges, bartering. This takes time, a lot of skill, and a lot of juggling here and there.”

Then, Laporta spoke about the players who have already arrived, and hinted towards further reinforcements: “We are going to make a very competitive team. We are already seeing it with the additions of Eric Garcia, Agüero and Emerson, and other players who are about to come. How many more? 3 or 4 more.”

Of course, the elephant in the room had to be addressed, which is Lionel Messi’s contract renewal: “The battle with Messi… who will win? Us. Barça. His contract ends on June 30th? I know, I know. There is no stress because there is a lot of communication, we understand the position of the other party and we know what we all want, so peace of mind. But if you ask me what I would like, I would say that the sooner the better.”

“What we want is for him to sign, hopefully for two years, that we win the Champions League next year and everything that lies ahead,” added Laporta.

The president was then asked about whether or not Barcelona can win the Champions League next season, to which he replied: “Yes, of course, we are going to compete to win it. We have to have the spirit of the Cup and be motivated. Against PSG in Paris we deserved to win the tie. We are going to motivate those who were already there.”