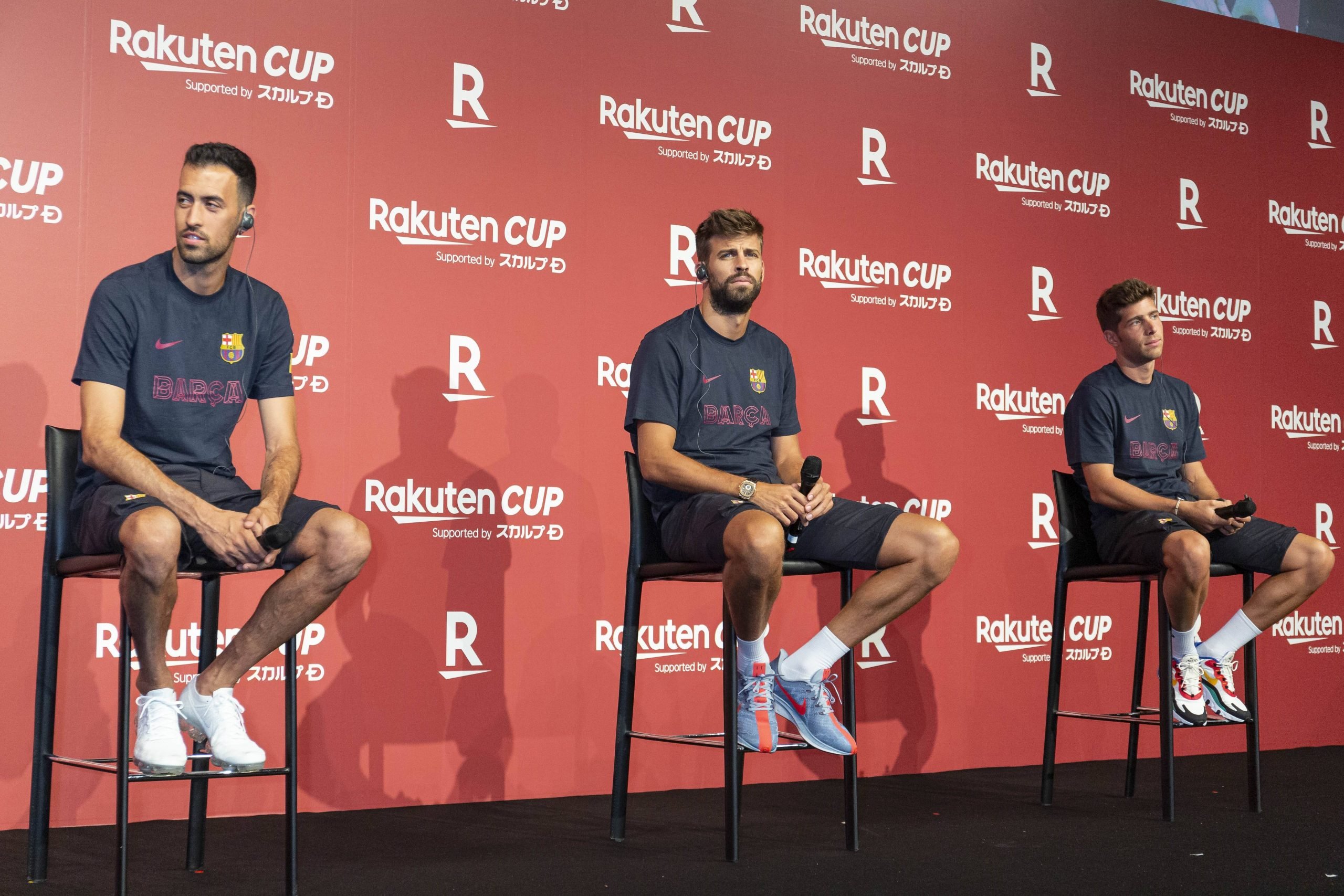 As Lionel Messi’s contract renewal draws closer, his understanding of Barcelona’s precarious financial situation has been exemplary. The Argentine maestro has agreed to accept a salary reduction of around 50% in order to help the club with his extension and reduce the load on the wage bill.

As a result, Barcelona are using their captain’s cooperation as an example to the other players in the squad who also need to accept a pay cut to help the club out in these trying times. Some of the heavyweights are having their contracts renegotiated after many reports stated that they were unwilling to accept salary reductions.

In today’s edition of Diario SPORT, it is reported that four Barcelona players, namely — Sergio Busquets, Jordi Alba, Seri Roberto and Gerard Pique, are all under negotiations with the club about their proposed wage cuts.

Busquets, Alba, and Pique have more or less assured their continuity, but their heft salaries pose issues. Pique has repeatedly stated that he is willing to accept a reduction, while Busquets has reportedly already received his repurposed contract proposal. Only Alba’s stance remains unclear.

As for Sergi Roberto, there has been plenty of speculation regarding an exit, but it now looks like Barcelona want to keep the player for his versatility. The club now want to restructure his wage as well, since he is one of the high earning senior players in the squad.