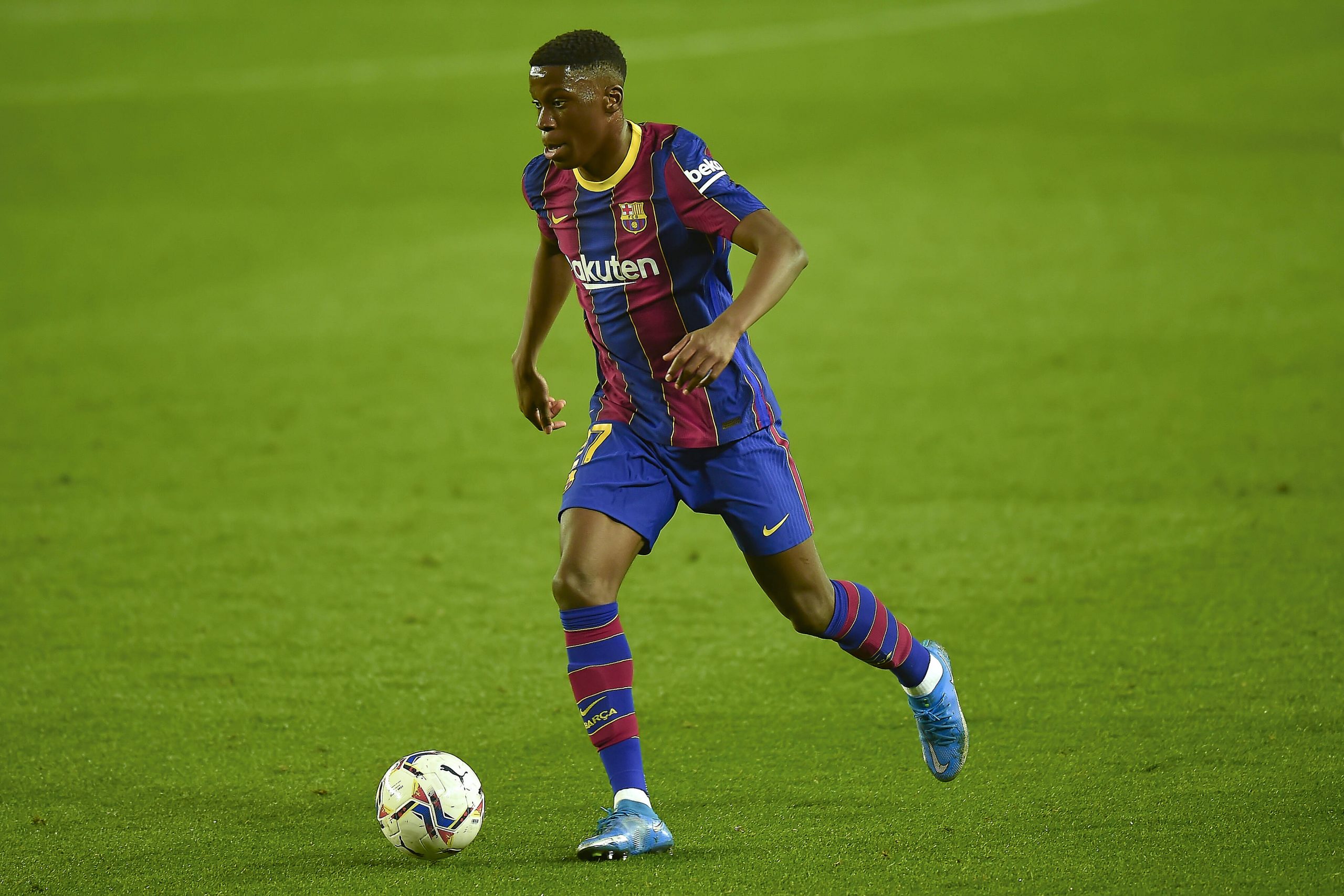 As we enter the final two days of what has been the craziest transfer window in a very long time, Barcelona prodigy Ilaix Moriba is edging closer to an exit.

Having fallen out of favour at the Catalan club just seven months after breaking into the senior team due to contract demands, the 18-year-old is now on his way to RB Leipzig, reports Sky Germany.

Moriba had been a subject of transfer interest from the Saxony-based outfit for a while now, with talks between the two clubs having been initiated earlier this month. However, in the past few days, it almost seemed like Leipzig had dropped out of contention, with Tottenham emerging as strong contenders to sign the teenager.

But, if the aforementioned report is to be believed, Leipzig seem to have prevailed in their pursuit of Moriba. It is claimed that Marcel Sabitzer, the captain of the Bundesliga outfit, is on the verge of completing a transfer to champions Bayern Munich in a €15 million deal, with an agreement in place and only contracts left to be signed.

This has allowed Leipzig to move quickly and secure the signing of Moriba as a replacement for the Austrian international. The report insists that there is an agreement between Barcelona, Leipzig and the teenage prodigy himself, and like the Sabitzer deal, only the formal signing of contracts is pending.

It has been a difficult period for both Barcelona and Moriba. The youngster burst onto the scene and looked like the real deal in the second half of the last season. And, it seemed set that he would be involved more prominently in the new season.

But, with the 18-year-old in the final year of his contract and demanding higher wages than Barca were willing to pay, the two parties fell out, with Moriba being exiled to train with the Juvenil team. His ordeal in Catalonia, however, seems close to ending, with Germany now set to be his next destination.