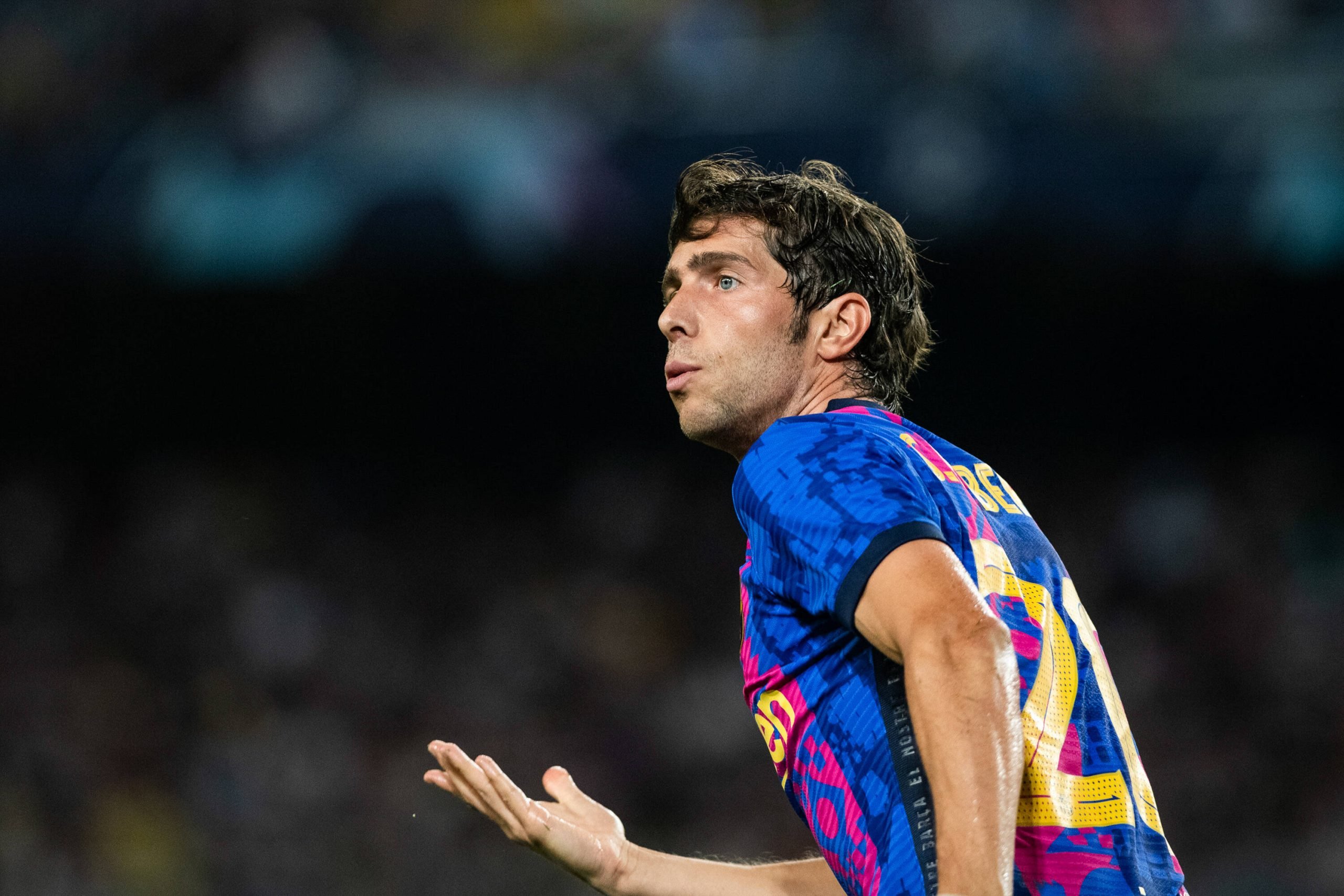 According to Spanish outlet AS, Barcelona’s third captain Sergi Roberto was very touched by the negative reaction of the public to his performance, so much so that he broke down in the dressing room.

The Spanish international did not have the best of games on Tuesday. With Sergino Dest not ready to start, Roberto started at right-back on the night. He was faced with stiff competition in Alphonso Davies and Leroy Sane, two of the most skilled and pacey players in football.

Roberto often struggled to keep up with the duo’s attacks and started losing balls in a predictable fashion. He was a weak link in Barcelona’s armour, and was exploited by the German side.

Needless to say, the public at Camp Nou soon good impatient with his display and started to vent out their anger. He was whistled every time he touched the ball, and loud boos accompanied his every move.

To cap it, the whistles directed towards the Spaniard when he was substituted really hurt the player, and he couldn’t take the emotion longer.

He broke down in the dressing room and teared up. He believed that he gave his all on the field, and not even his teammates or co-captains could console him.

Gerard Pique came out in his post-match interview to support Roberto too. He said that the right-back was loyal to the badge and gave his all on the field.

Roberto is currently negotiating a contract renewal with the club, however, talks remain on a standstill after disagreements over the wage cut. It remains to be seen if this situation has any impact on his renewal.