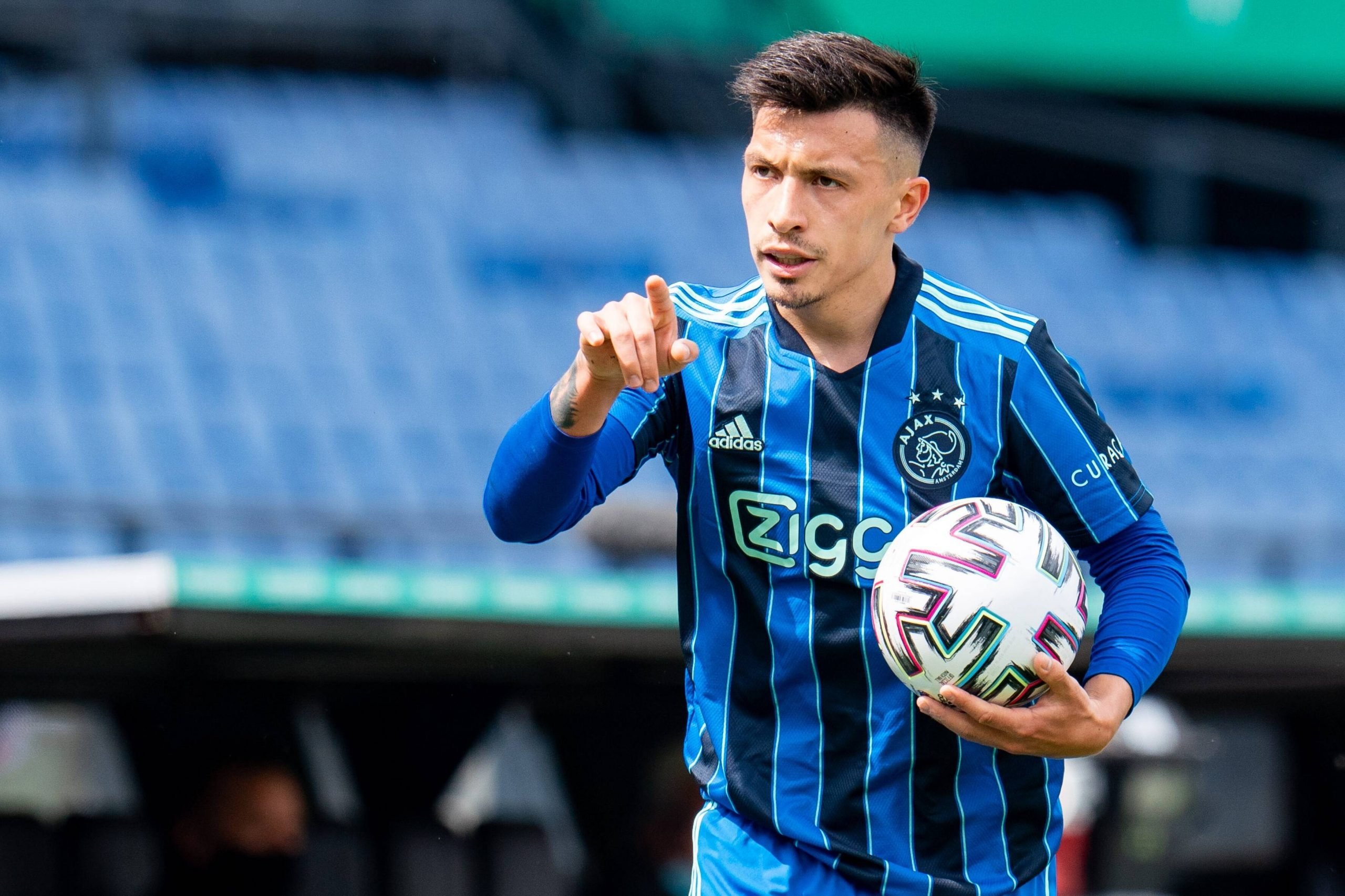 Barcelona’s financial situation was always going to severely limit the number of signings they would be able to make, evidenced by the large number of players coming in on free deals, but apparently, the club may be making an exception for Ajax’s Lisandro Martínez.

La Blaugrana have notoriously struggled at the centre-back position this season, which has been the one position that has desperately needed reinforcement. The arrival of Eric García is more of a long-term prospect as opposed to an immediate solution to their problems.

Despite the likes of Araújo and Mingueza rising through the ranks at the club, the Catalans are interested in a number of centre-backs including the likes of Matthijs de Ligt and Pau Torres.

Both operations are highly costly and de Ligt would probably only be brought in via an exchange with the exits of Dembélé and Pjanic on the table. That said, if either signing does not materialise, Barcelona would look for a cheaper alternative: Lisandro Martínez.

The 23-year-old has been incredible for Ajax this season, contributing to their backline that was especially dominant this year, with the Amsterdam outfit keeping the best defensive record in the Eredivisie.

According to a report by Mundo Deportivo, Barcelona are closely monitoring the Argentine to see if it would be possible to bring him into the club to revitalise their defence. Ajax and La Blaugrana have enjoyed a particularly fantastic relationship over the past few years, which the latter may be hoping to utilise to get a good deal for the defender, who is at the moment priced at 25 million Euros.

Martínez is reportedly ready to take another step in his career, and Barcelona may be the perfect destination for him seeing as he would get plenty of first-team opportunities with the club in desperate need of a centre-back.

The Catalans have been particular with the profile of their centre-backs in recent years, demanding a ball-playing defender who can virtually act as an auxiliary midfielder in attacking situations.

The Argentine does fit that bill fairly well: good on the ball and versatile whilst providing incredible defensive stability. He may be exactly what Barcelona need at the moment, seeing as they have faced innumerable defensive errors this season under Ronald Koeman.

The Catalans are still probably more interested in de Ligt and Pau Torres. The former, despite being reportedly ‘desperate’ to join the club, is still at the centre of Juventus’ rebuild and is highly unlikely to be sold unless it is at a fair price (which, considering Barcelona’s finances, is essentially impossible).

The latter, for similar reasons, is difficult: La Blaugrana’s players are not likely to join Villarreal in an exchange deal unlike Juventus, and although Torres will come at a lower price, it would still be significantly higher than what the Catalans can comfortably pay at the moment.

Lisandro Martínez, it would appear, makes perfect sense for Barcelona, if the other options do not work out. Ajax’s relationship with the Catalans is sure to increase the likelihood of his arrival.