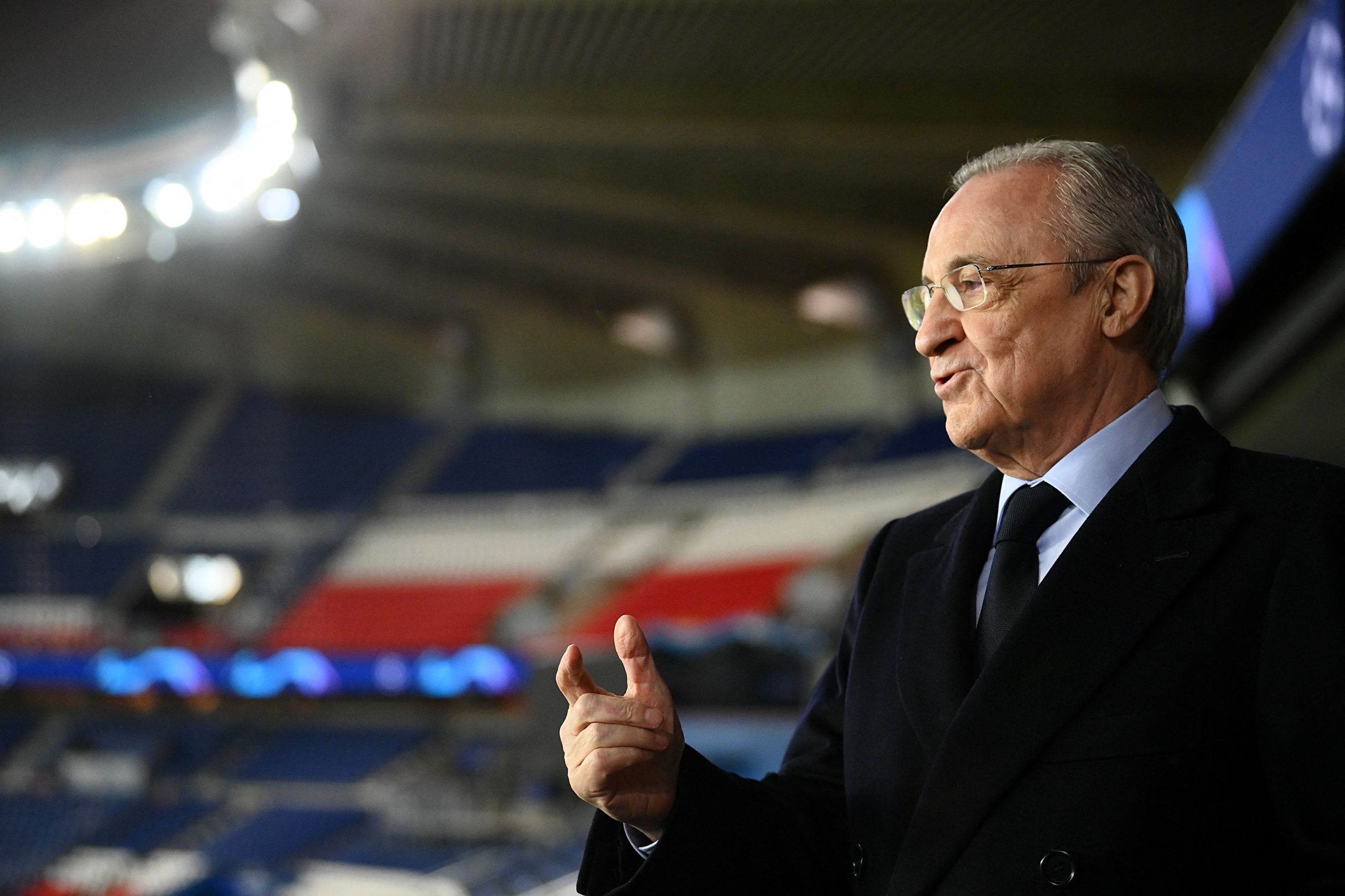 Speaking in an exclusive interview with El Chiringuito TV, Real Madrid president Florentino Perez has given his thoughts about Barcelona and their current situation, along with several other topics related to the Catalan heavyweights.

It is no secret that the Blaugrana are under serious financial crisis and there has been a lot of push on president Joan Laporta to accept the CVC agreement. But Perez, who is also against the CVC deal, backed the Barcelona supremo to emerge out of the difficult situation.

“Laporta had a lot of pressure on the subject of signing with CVC, but Barcelona are a serious club. Barça are one of the biggest clubs in the world, they can go through a difficult situation, but they will overcome it,” Perez said.

“Barça are a direct competitor of Real Madrid; but Barça and Real Madrid are the two best clubs in the world. To belittle Barcelona and put pressure on them is absurd. If Barça and Madrid prosper, we all prosper,” Los Blancos president added.

The Real Madrid head honcho was then quizzed about the prospects of Barcelona signing Robert Lewandowski. Addressing the matter, he said: “Can Barça sign Lewandowski? I don’t know. Let Barça do what they deem appropriate.”

“I am not Barça’s sporting director. They can sign him, sure. He’s not free… He’s very good,” he added.

Talking about the departure of Lionel Messi from Barcelona in the summer of last year, Perez said: “That happens. The day they leave, they are human and cry. They really feel it. We saw it now when Marcelo left.”

Barcelona prodigy Gavi’s contract situation coupled with his form for club and country has sparked a lot of speculation over his future. While the Catalans remain confident of extending his deal, the rumours continue to do the rounds.

During the interview, Florentino Perez was asked if the chance presented itself would Real Madrid sign Gavi, to which he replied: “Ask Jose Angel Sanchez, who is the sports director of Real Madrid.”

Further elaborating on Barcelona’s economic condition, Perez said: “They are a club that is worth a lot of money and can go through a bad time.

“You have to do the things that have to be done when you are in a bad situation. Laporta has been going on for a little more than a year, things don’t get fixed overnight. “Be patient and you will see that there will be great Clásicos.”

The Real Madrid president also seemingly aimed a dig at La Liga president Javier Tebas for making remarks regarding Barcelona’s transfer plans constantly. “Those in La Liga look like Barça’s sporting directors saying when they can sign and when they can’t,” he said.

Opening up on his equation with Barcelona president Laporta, Perez said: “We don’t talk every day, but we do when something is bothering us. We have a good relationship.”