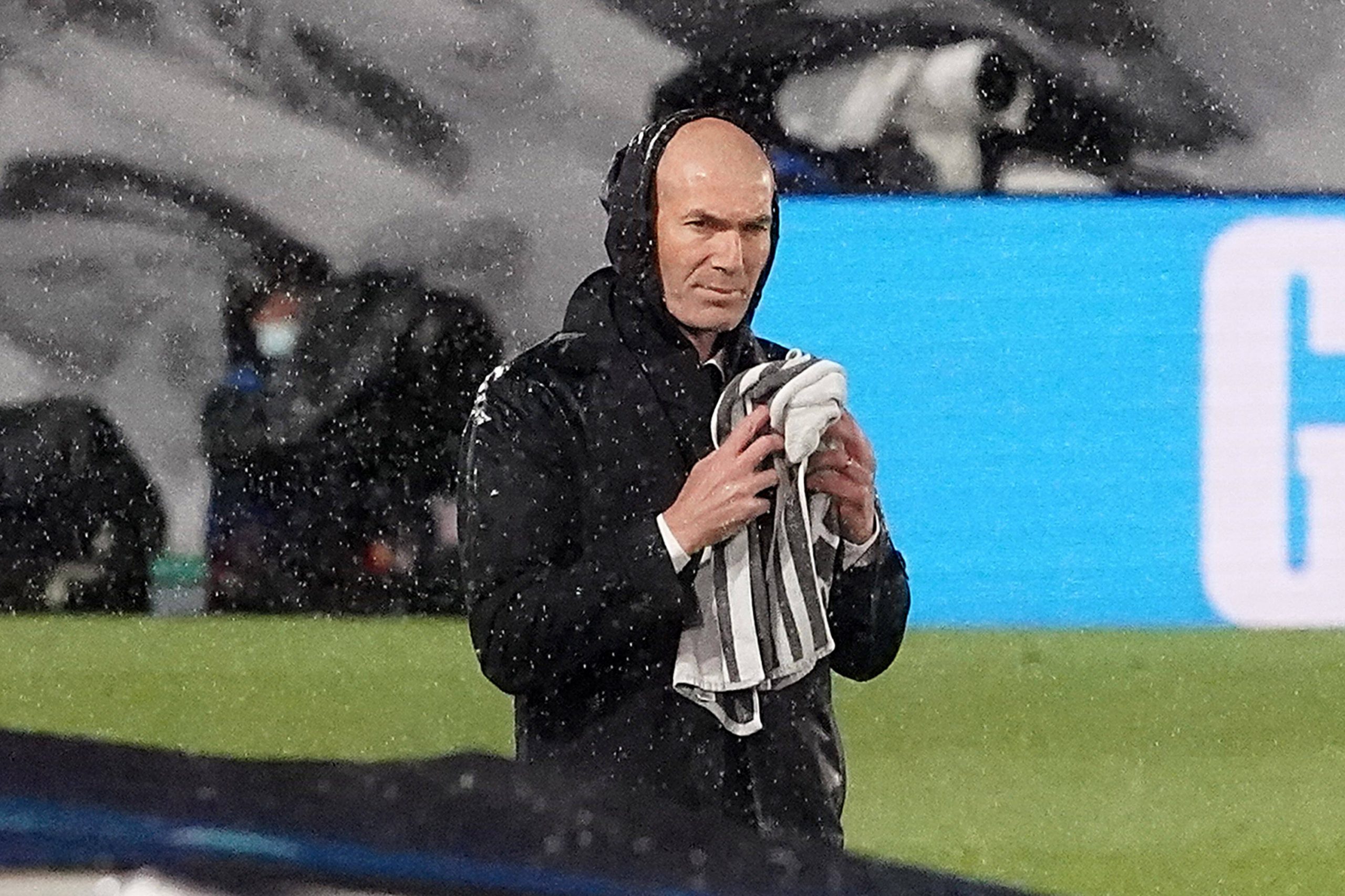 Barcelona did not make use of a golden opportunity to go top of the table yesterday as they fell to defeat at home against Granada. They will now have to rely on Real Madrid to win the title. Currently, with five more games to go, Atletico Madrid sits at the top of the table with 73 points, Barcelona and Real level at 71 points, however, Real top the Garnet & Blue on head to head basis. Sevilla are also within touching distance with 70 points.

As the table stands, if Real manages to win their next five games, they will finish ahead of Barça for sure. However, to lift the league title for the second season running, they will have to rely on a favor from Barcelona against Atletico Madrid. In his pre-match press conference as part of the buildup to their game against Osasuna, Zidane was asked about the Catalan club’s loss against Granada

. The French manager had a classy reply to the question as he said “For us, nothing’s going to change. We just focus on what we can control. There are a lot of games, a lot of minutes, but we’re going to put out the best team tomorrow.”

“I’m not happy when our rivals lose. La Liga is not easier and it never has been. There are seven games to go and we’re going to try and do our job without thinking about the end of the season, just tomorrow’s game,” added Zizou.

It’s very important to note that all the four teams in contention for the league title will face each other in Matchday 35. Atletico will travel to Catalonia to take on Barça while Madrid will host Sevilla. The 35th gameweek is expected to be the deciding game week for the La Liga title race.

Out of the top four teams, only Real are still fighting at the European level. Given the long injury list they have, it puts them at a slight disadvantage. Zidane may not have the tactical acumen of Pep Guardiola or Hansi Flick, but he certainly knows how to motivate his troops to grind out results in the most difficult situations.

The race for the La Liga title stands at a very exciting juncture after a very long time, and only time will tell who will emerge out winners of this hard-fought battle. All the teams have lost several chances to consolidate their position at the top, and now with just five games remaining, it’s certain that all the players and management involved will give more than their 100% for the coveted title.