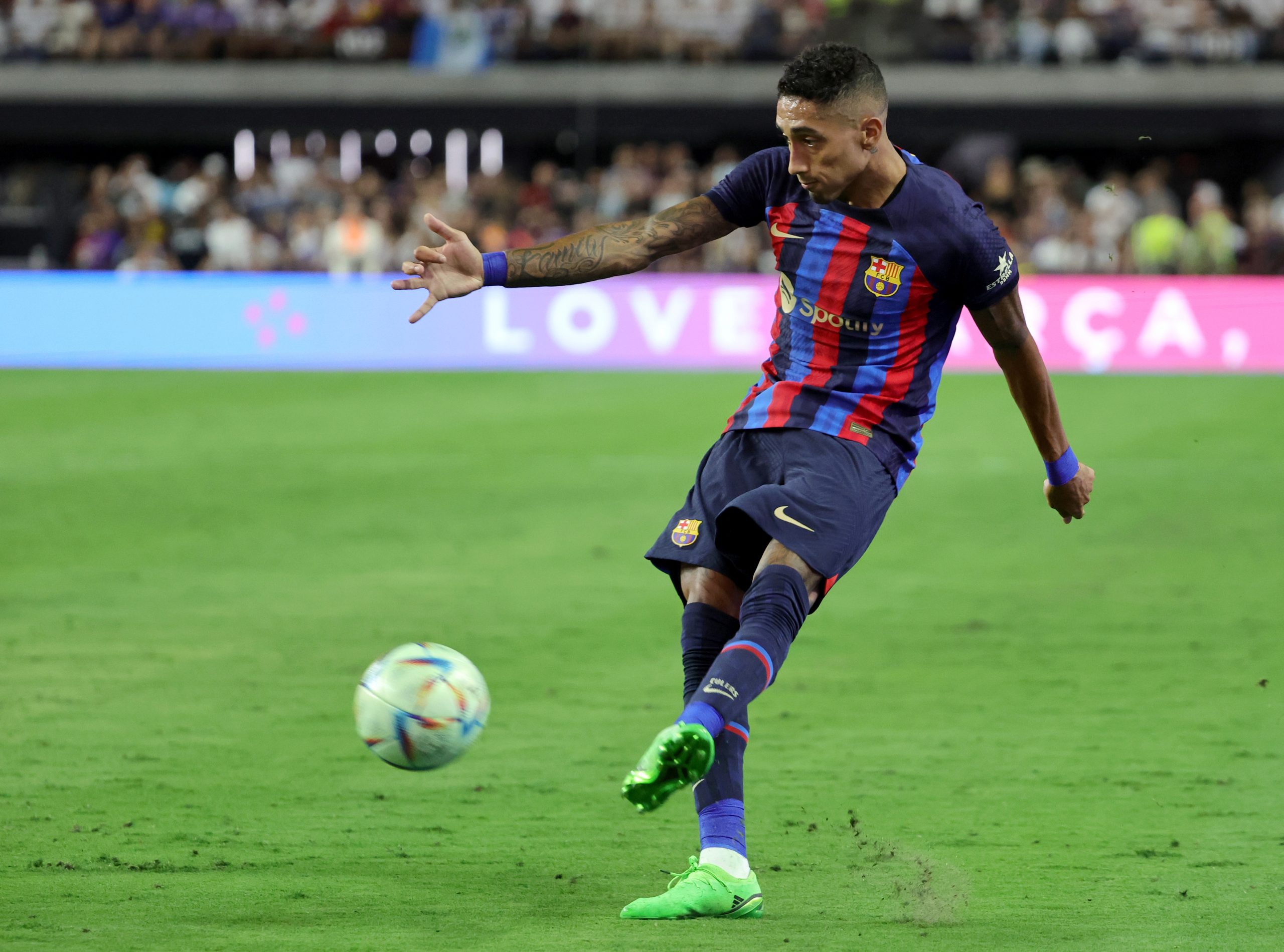 It has been only a few weeks since Raphinha joined Barcelona, but the Brazilian is already endearing him to the club’s supporters.

The 25-year-old scored a goal and assisted two more on his unofficial debut in the pre-season friendly against Inter Miami.

And it was followed by an even more impactful moment as he scored the only goal of the game against Barça’s arch-rivals Real Madrid in his first-ever El Clasico.

Speaking in an interview with SPORT’s Ivan San Antonio, Raphinha opened up on his experience in what was a charged Clasico, even if it was just a pre-season friendly encounter.

“The best way to start at Barça is to score in El Clásico. And the way the goal was, even better,” he said.

Talking about his feelings after scoring against Real Madrid, he added: “It’s hard to explain. It was a unique feeling. For being a Clàsico and to score in it, I was very happy. I hope it’s the first of many.”

Raphinha’s move to Barcelona was not straightforward as Chelsea were pushing to sign him up and were offering Leeds United a bigger fee for his services. However, the Brazilian always wanted to join the Catalans and held firm on his stance, eventually getting his desiredt transfer.

“The truth is it was always my dream to play here. I knew the difficulties with Financial Fair Play. I knew there was a chance it won’t happen but one thing I carry with me is ‘if there is 1% chance, you need 99% faith’ and I waited patiently,” he said, talking about the circumstances of his transfer.

“I didn’t have a hard time waiting. I know how to deal with pressure and I was working with Deco, who I trust a lot. When he told me there were chances, I was calm and didn’t worry,” the former Leeds United star further added.

Opening up on his adaptation to his new team, Raphinha said: “I want to do my part and adapt quickly. I’m still adapting to the team’s style of play, but I always want to be ready, whether to train or play.

“My colleagues and the coaching staff are also helping me adapt. They make everything easier.”

Raphinha also touched upon his style of playing and the position he prefers to take up on the field, saying: “I like to play inwards and take advantage of my shot. I find it easier to shoot with my left than right so I prefer the right wing, but I can easily adapt to both wings.”

When Raphinha was signed, Joan Laporta declared that Joga Bonito was back at Barcelona. The Catalans have had a rich history of association with Brazilian players such as Romario, Ronaldo, Rivaldo and Ronaldinho, with Raphinha now joining the list.

Talking about following the legacy of those legendary names, the 25-year-old said: “Now my time has come. Each of them created their story, very beautiful. And now I hope to be able to make a story as beautiful as theirs.”