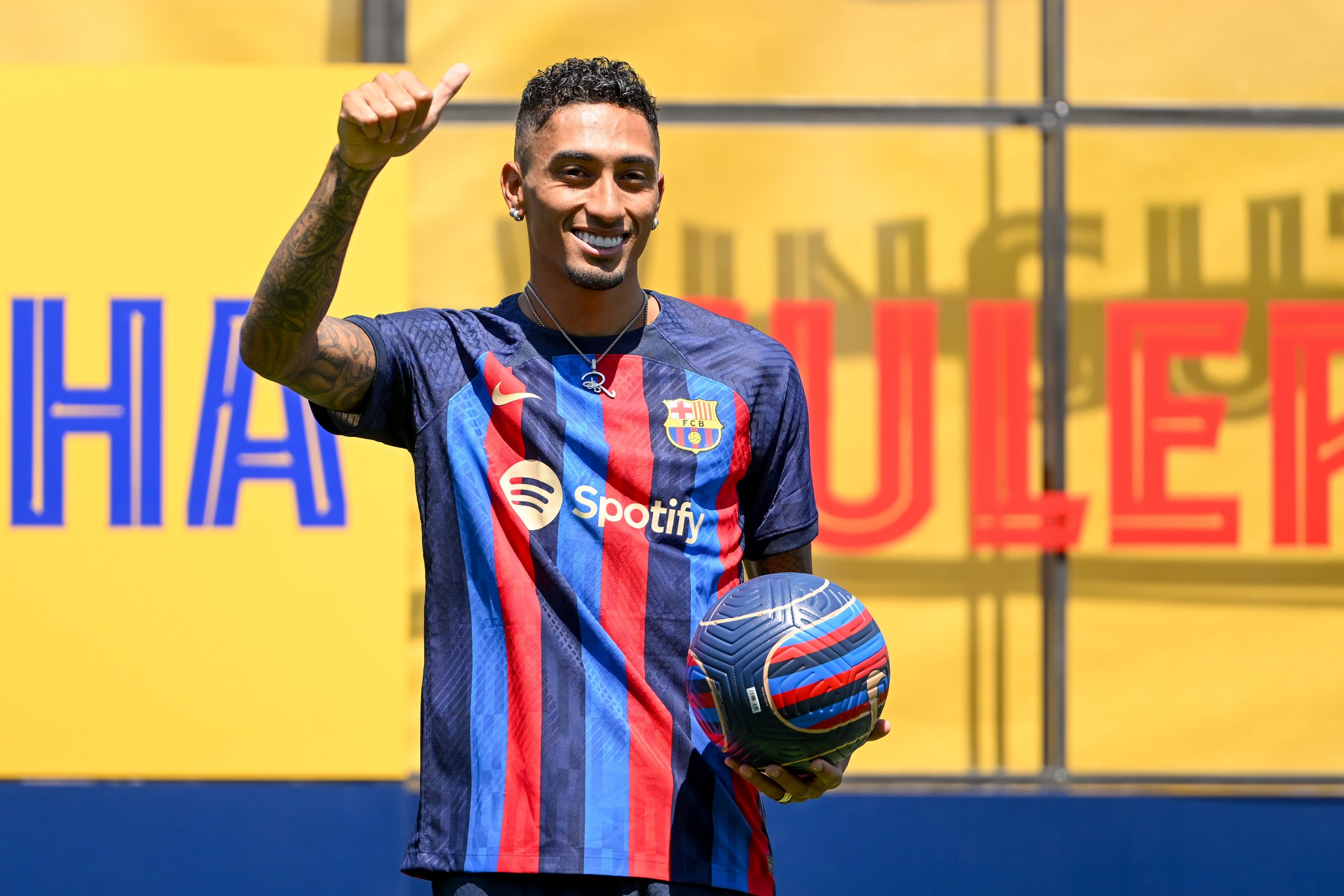 After months of negotiations, Barcelona were able to announce the signing of Raphinha earlier this week. The Leeds United forward is set to join the Blaugrana on a four-year contract and will become a crucial part of Xavi’s setup in the years to come.

Raphinha was officially presented as a Barcelona player this afternoon, at the Ciutat Esportiva, with the forward voicing his delight to have joined the esteemed outfit.

“I’m about to realize a big dream. I thank the president and everyone who worked for this. Visca Barça y Visca Catalunya,” Raphinha said on his presentation.

Barcelona have always had a heritage of being the home of several Brazilian greats in the past. The list includes the likes of Ronaldinho, Rivaldo, Dani Alves, Ronaldo and Neymar, among many others.

Aware of this heritage, Raphinha said: “I have many idols who have passed through here. Just being able to do half of what they achieved will be a lot. It’s a dream I’ve had since I was a child. I’ll do my best to help Barça be Barça again.”

Barcelona president Joan Laporta was delighted to have Raphinha as well and heaped praise on the Brazilian. He also thanked Raphinha’s agent Deco, who played a key role in helping the club secure the services of the attacker, amid competition from Chelsea.

“Joga Bonito will return to Barça. We have always had a Brazilian in Barça’s successful times. I’d like to thank Deco, who has worked really hard,” said Laporta.

The Barça president went on to thank others involved in the deal while revealing Xavi’s determination to sign the player, which played a key role in convincing the club to step up their efforts and emerge victorious in the pursuit.

“Xavi insisted a lot on us that he liked Raphinha,” Laporta said. “We are grateful to Raphinha, I also want to thank Alemany, Jordi Cruyff and all those who contributed to the deal,” he added.