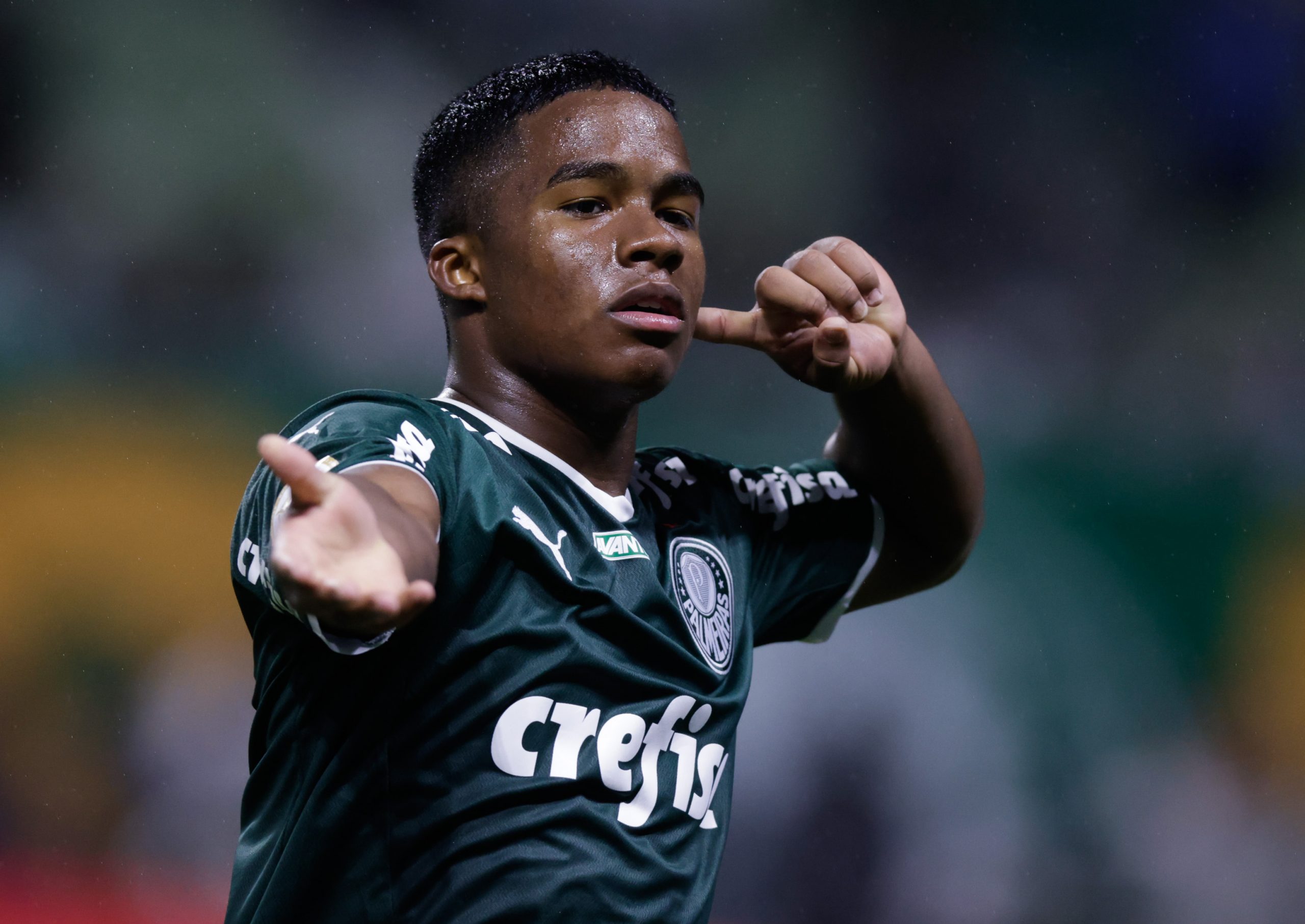 Barcelona have had their sights set on several long-term targets, but one of the players on top of the agenda is Brazilian wonderkid Endrick. Playing for Palmeiras, the 16-year-old has garnered interest from teams across Europe.

Previously, reports had stated that Paris Saint-Germain, Real Madrid, and PSG are leading the race for the forward. The side from Paris are evidently far ahead of their competitors right now, as has been revealed by Endrick’s father, Douglas.

“PSG are the only club that opened negotiations with Palmeiras with an official proposal, as things stand,” he said, as quoted by Fabrizio Romano.

“There are many clubs from different countries keen on signing him. PSG have already moved,” Douglas added.

Endrick is a most-wanted property in football right now, but Barcelona are also keeping tabs on Borussia Dortmund prodigy Youssoufa Moukoko. They will be scouting him intensively during the World Cup following his call-up for Germany.

The German is also probably above Endrick in the agenda for Barcelona given that he is set to become a free agent in the summer of 2023. And while there will be a fair few clubs chasing his signature, Joan Laporta and co. will want to avoid a bidding war given their financial condition.

Endrick has been reported to be a Barcelona fan, but has gone on record to say that he does not have a preference for any club in Europe – as of yet.

“Obviously my dream is to play in Europe, but I’m focused here. I’m not looking at the things that are being talked about or what teams are coming or what scouts are coming. I’m focused on Palmeiras. I have no preference for any team,” Endrick opened up.

With PSG opening talks and the likes of Chelsea and Real Madrid also in the mix, it looks increasingly likely that Barcelona could miss out on Endrick’s signing.