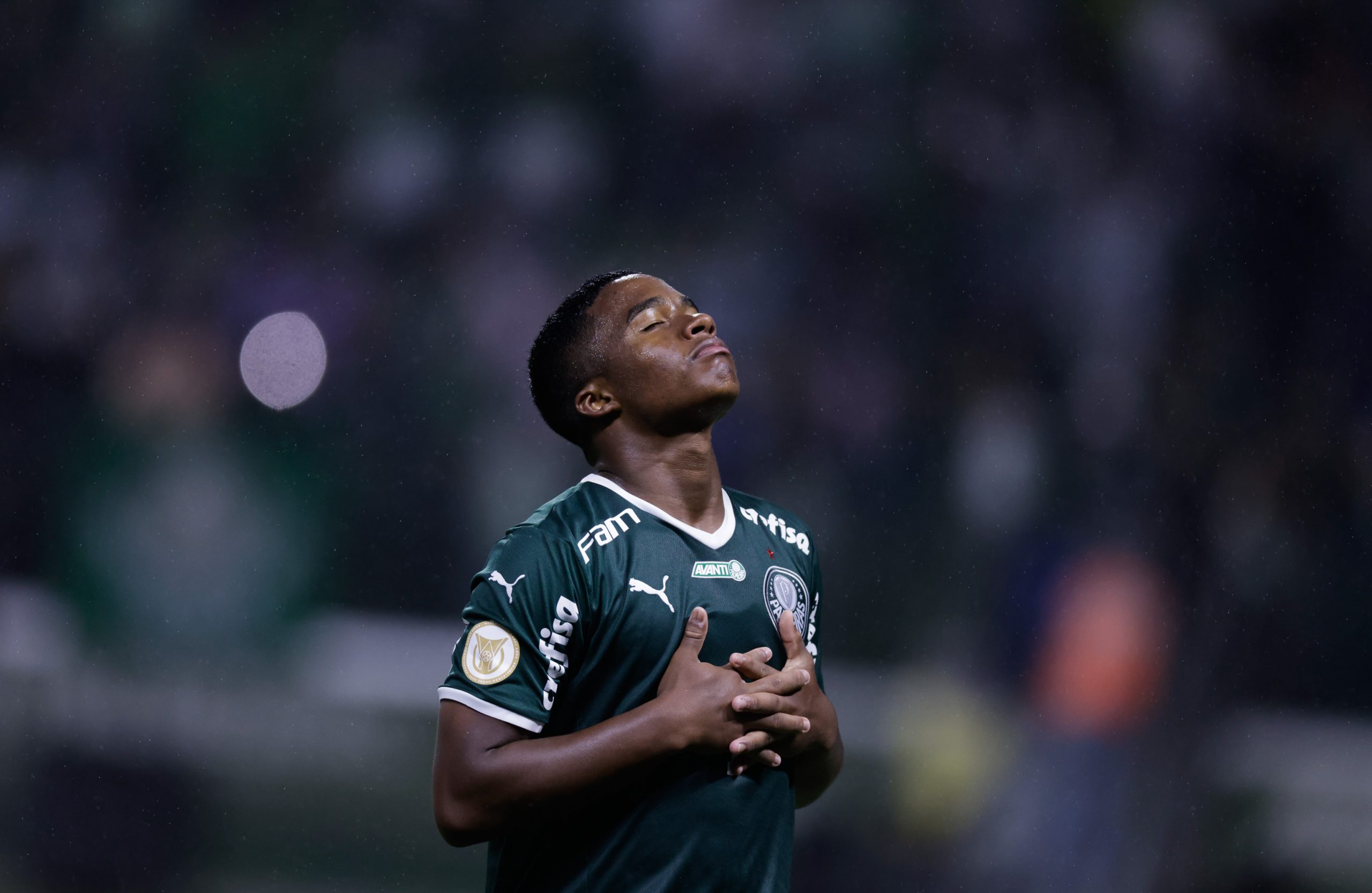 Speaking to EFE (h/t Mundo Deportivo), Palmeiras wonderkid Endrick has once again iterated that he desires to move to Europe one day, amid strong links to the likes of Barcelona and Real Madrid.

The 16-year-old is one of the most sought-after young prospects in the game currently after enjoying a fine breakthrough year. Having first burst onto the scenes at the Copinha tournament, the teenage striker has broken into the Palmeiras first-team setup and made a splash there as well.

Recent reports have indicated that Barcelona have fallen behind the likes of Real Madrid and PSG in the race to sign Endrick. However, the 16-year-old insists that he does not have any preference with regard to his European destination as of yet and is focused on Palmeiras.

“Obviously my dream is to play in Europe, but I’m focused here. I’m not looking at the things that are being talked about or what teams are coming or what scouts are coming. I’m focused on Palmeiras,” Endrick said.

“I have no preference for any team,” he added when asked about his favourite team in La Liga.

However, the teenage sensation did insist that he loves watching Barcelona and Real Madrid in action, naming several players he follows, as he said:

“Benzema, Lewandowski, Vinícius Jr, and Raphinha are high-class players that I try to watch to learn from them.”

In five senior appearances for Palmeiras, Endrick has found the back of the net three times, in the process becoming the club’s youngest-ever goalscorer even as they won the Brazilian Serie A title recently.

The 16-year-old’s contract with Palmeiras runs until the summer of 2025, which contains a €60 million release clause. He cannot move to Europe until he turns 18 and whether Barcelona can win the battle to sign the teenager will be interesting to see.