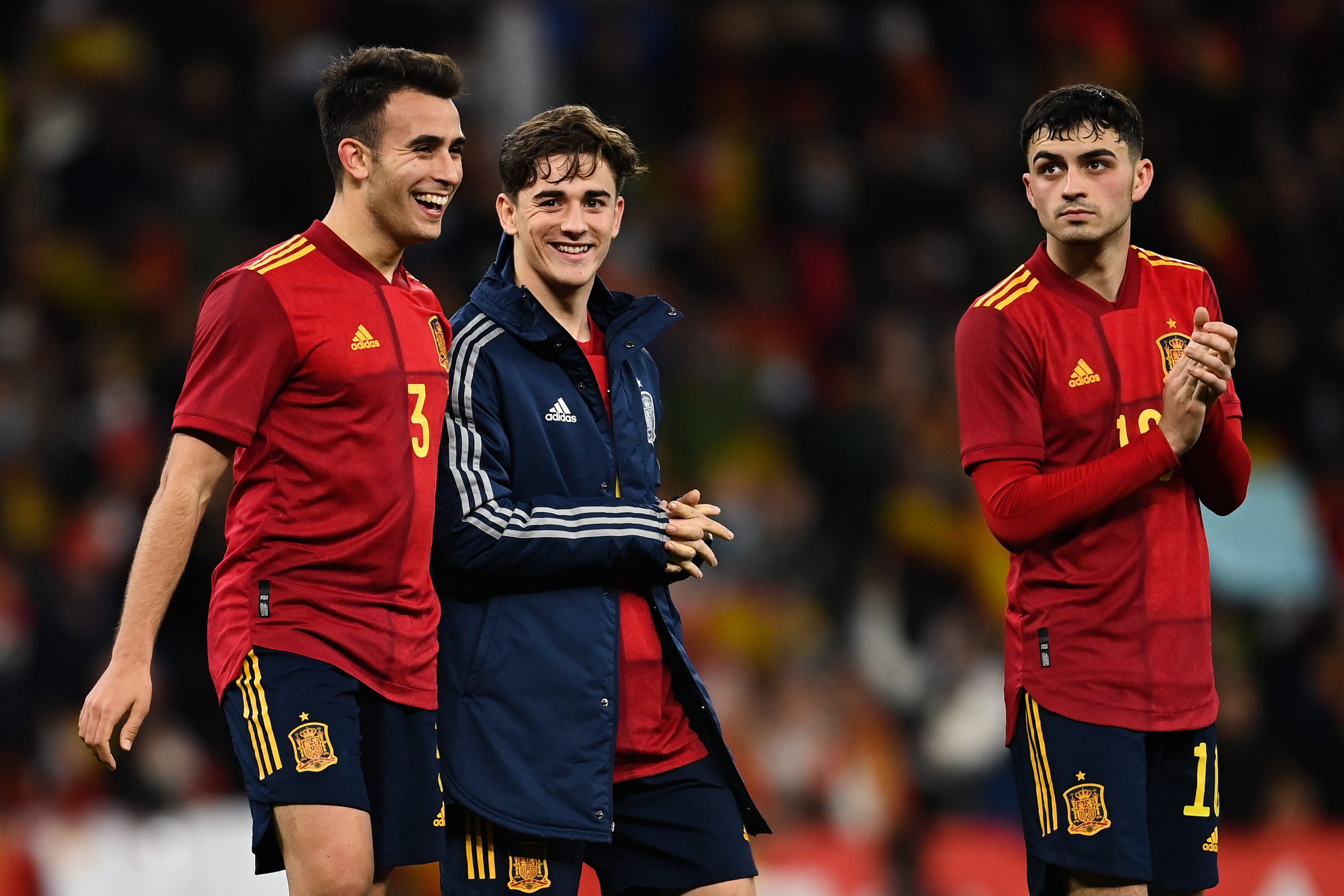 “Spain did not win the World Cup, Barcelona did.”

Fast-forward to 12 years, ahead of the Nations League game against Switzerland, Barcelona have six players in the lineup once again. Busquets sits with the armband, anchoring the midfield of Pedri and Gavi alongside him.

Ferran Torres features in the attack, while Eric Garcia and Jordi Alba comprise half of the back-four.

While this is a ‘friendly’, all six of these players are in contention to start the World Cup two months later.

Unquestionably, that would have been a source of pride for Barcelona during the tournament, but the way the international break has started for them, it might just be a bit concerning for them in this game.

After all, on the first day of the international break, Barcelona were treated to a fair few injury problems.

Jules Kounde was the first to go down with a hamstring problem, which was soon followed by Frenkie de Jong, Memphis Depay, and then Ousmane Dembele. All these pretty much within two hours.

Then, their biggest blow came when Ronald Araujo had to be substituted off for Uruguay vs Iran in the fifth minute itself. He has a muscle injury on his right thigh, and is set to miss nearly seven weeks of football.

October comes with away trips to Inter Milan, Real Madrid, and Valencia. Alongside them, the Camp Nou will also have to host Bayern Munich, Inter, Villarreal, and Athletic Club. Yes, all within a month.

Now, watching six players, four of whom have had a bit of injury scares and trouble this season, is definitely concerning for Barcelona fans.

Six Barça players are starting for Spain against Switzerland:

Pedri and Gavi have managed to avoid injuries so far, but have gone down with cramps on a couple of occasions. Garcia, meanwhile, had to be taken off vs Sevilla after a knock.

Torres has not picked up any damage through the season either, but he was unable to participate in the pre-season due to an injury. He has, therefore, found it difficult to maintain a rhythm with Barcelona, and is under serious scrutiny from the fans.

That said, Alba, Busquets, and Torres have been rotated a fair bit this season and can probably (read hopefully) make it through the international break without any worry.

It’s the teenagers, especially, who Barcelona should be worried about. At 19 and 18, respectively, Pedri and Gavi are starters for both, their club and country. The former, especially, is one of the best in position in the continent.

Barcelona’s season and form derailed last season when Pedri picked up an injury vs Eintracht Frankfurt. He is pretty much irreplaceable, both in terms of impact and entertainment in the Catalan midfield.

Either way, they will hope Luis Enrique, one of their own, can take care of the duo, among the four others that have been called up.