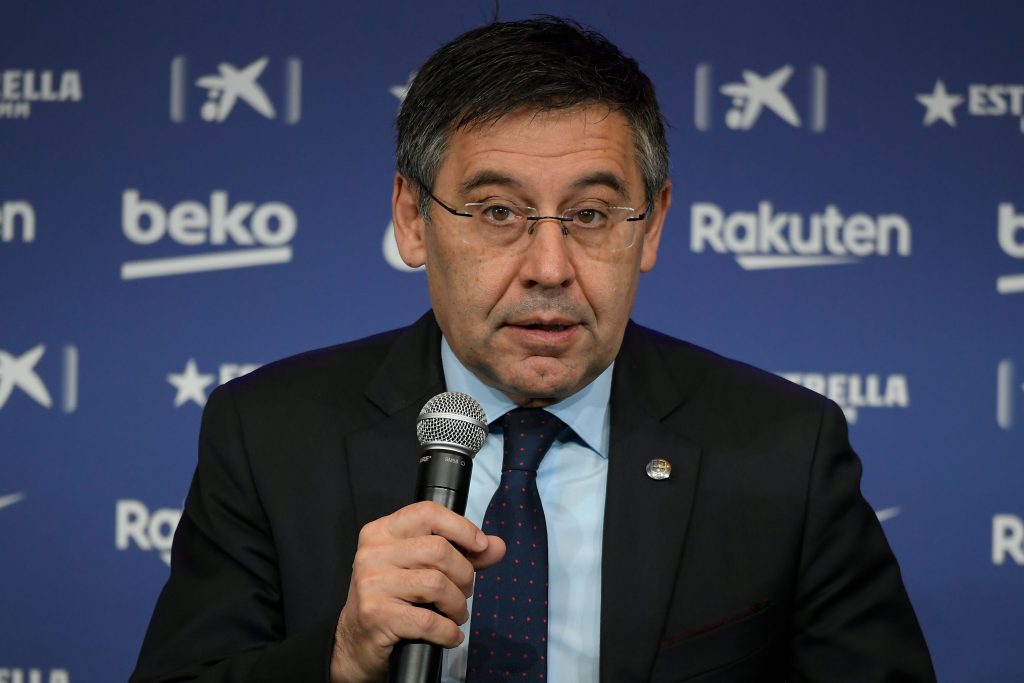 Amidst all the chaos at the club, Barça’s president Josep Maria Bartomeu has addressed various issues in his latest interview. Here is what he had to say:

On Eric Abidal’s dismissal
“Abidal personally decided to leave. We respect his decision and we thank him for what he has given us.”

On Barça’s problems
“Barça don’t have economical problems. The problem is with the sporting project. I have been worried and busy with the club during the last few hours. We are trying to reverse the situation.”

On the team’s new manager
“Ronald Koeman will be the manager of Barcelona. If nothing goes wrong, he will lead the team next season.”

On the economic problems of the club
“We suffered a loss of 200 million euros because of COVID-19, but we will overcome these difficult times. Everyone is working very hard to do so. I can assure the fans and members of the club that we are able to overcome any economical difficulties we face.”

On the possibility of resigning
“Resigning is an easy option, but it’s also irresponsible.”

On the aging squad
“The time for some players at Barcelona has come to an end. I want to thank the players for making us the best club in the world, but it’s time for some of those players to go. There will be replacements and new leaders who will take the team forward. After Anfield, we gave them chances to improve, but now there will be no tolerance. Necessary actions will be taken if needed.”

On Leo Messi
“Without any doubt, Messi will continue at Barça. He will be a part of Ronald Koeman’s project.”

On sacking Valverde mid-season
“I don’t regret making the decision.”

On the possibility of selling some senior players
“Some of the players know that it will be their last season at Barcelona. Some senior players will be sold, but they will be acknowledged with a lot of gratitude and appreciation.”

On Ansu Fati
“We received an offer for Fati, but he will stay at Barcelona.”

On Lautaro Martinez
“We have the money for Lautaro, but the problem is wages; they must be reduced. Negotiations were in process, but they have currently been put on hold. We will see who the manager wants and we will decide.”

On Neymar
“I think it’s very difficult to sign him since PSG aren’t willing to sell. We contacted them last season, but they refused.”

On Ter Stegen
“Ter Stegen will renew his contract! He will definitely continue with us.”

On the players he does not want to sell
“We will count on Leo, Stegen, Griezmann, Lenglet, Dembélé, Semedo, De Jong.”

On Coutinho
“Coutinho can stay here, if Koeman wants him.”