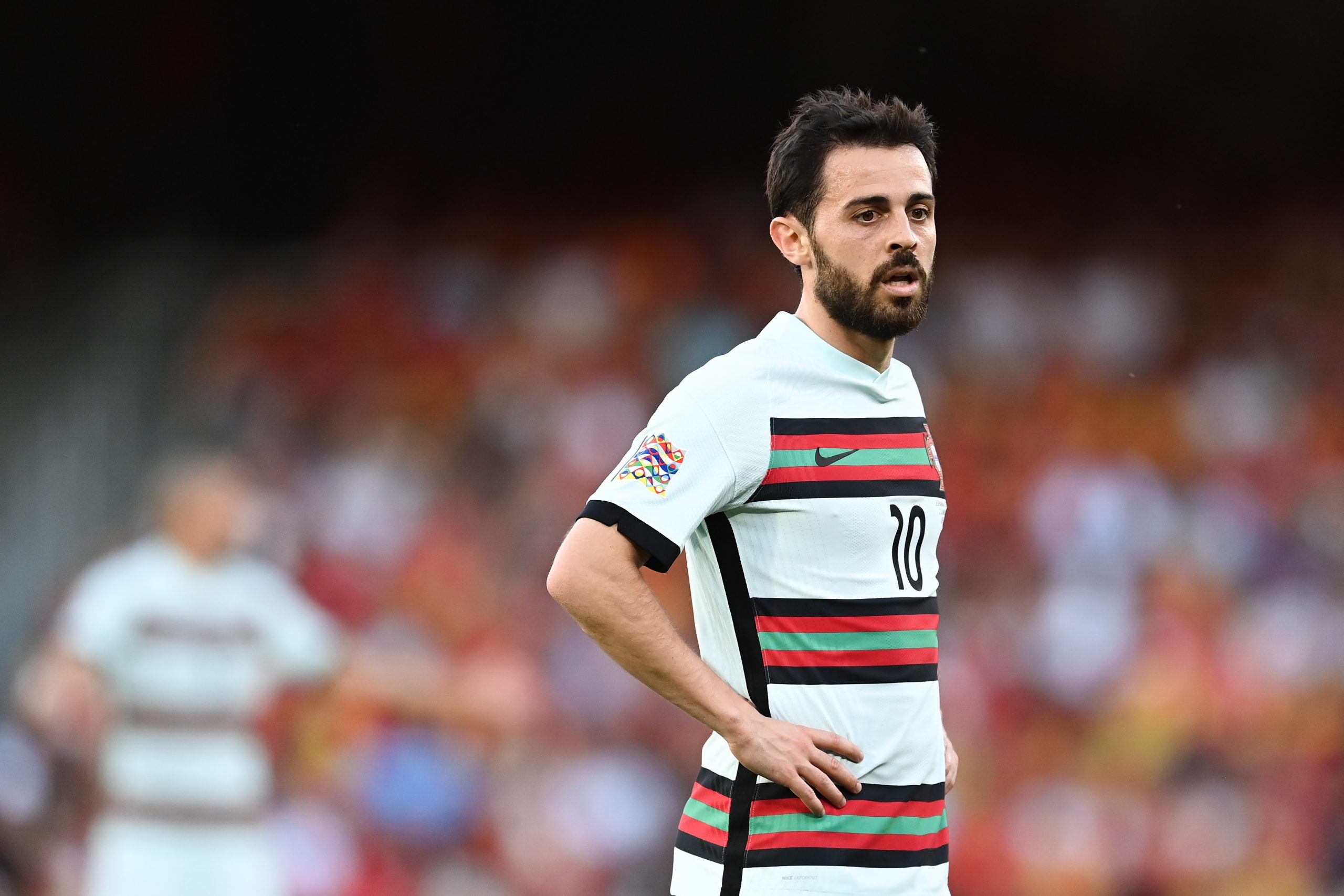 Barcelona’s admiration for Manchester City superstar Bernardo Silva is no hidden secret at this point. The Blaugrana have been interested in the 27-year-old Portuguese midfielder since last summer but finances have prevented the move from happening.

However, the Catalan giants are gunning for his signing with great intent this time out and with Frenkie de Jong closing in on exit to Manchester United, there should be funds available for a move as well.

Manchester City are uninterested in letting go of their prized asset, but Pep Guardiola admitted that he would not stand in the way if the player himself wants to move away from the Etihad.

And, as per Mundo Deportivo, Bernardo Silva has his heart set on a summer transfer to Barcelona.

The report states that the former SL Benfica and AS Monaco star has been a fan of the Blaugrana since 2004 when Deco joined the club. He is believed to be ‘crazy’ about the prospect of moving to Camp Nou.

Indeed, it is stated that when Barcelona officials visited Manchester to finalise the transfer of Ferran Torres last year, Silva is told to have admitted his admiration for Barça and revealed that it was his life-long dream to join the club.

The Blaugrana officials initially believed it was a joke, but a few days later, one of the club executives received a text message from Silva requesting Barcelona to make a move for his signing.

In the aftermath of that, Silva’s agent, Jorge Mendes, spoke to Barcelona president Joan Laporta and vice-president Rafa Yuste, making it clear that the Portuguese international desired to move to Camp Nou.

The activation of the economic levers and the potential sale of Frenkie de Jong should ensure that Barcelona have the funds required to go after Silva. And it now remains to be seen if the Blaugrana launch an offer for the 27-year-old.