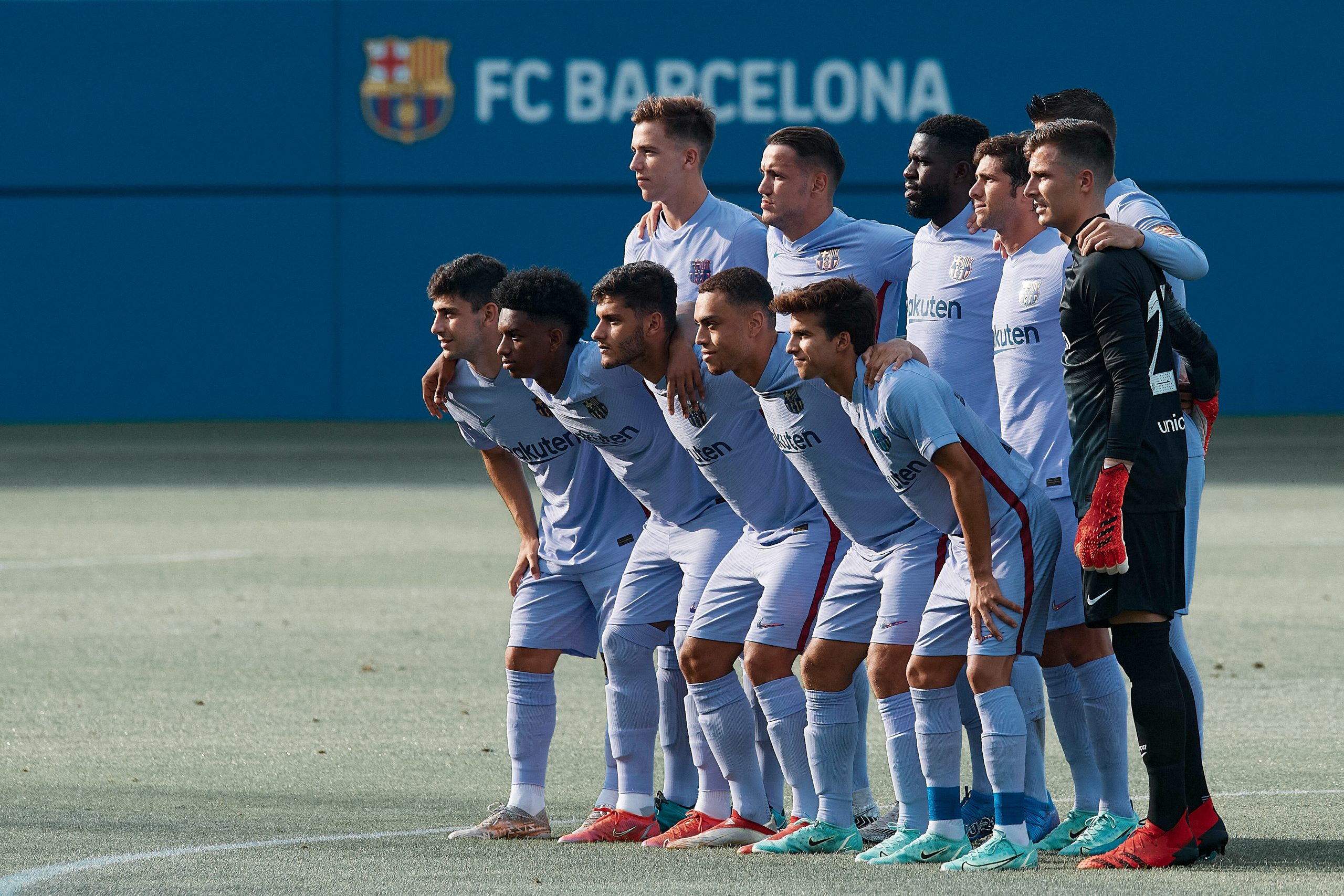 Barcelona are training in Germany ahead of their third pre-season game. While the opening two games have given an idea of the youngsters who could make it big this season, the second phase of the preseason will be important to realize how the youngsters and new signings gel in with the mainstays like Frenkie de Jong, Sergio Busquets and Jordi Alba.

Ronald Koeman will likely keep the big Spanish guns on the bench at begin with, especially given that they have just returned to training after the Euros. However, it will be interesting to see which of the youngsters he persists with. With the first game in Germany just hours away, here is how Barcelona could lineup against Stuttgart:

While Marc Andre ter Stegen has been slowly recuperating from his surgical procedure, Neto has once again risen to prominence. The Brazilian’s exit in the window seemed all but certain, but there has been no progress in that aspect. While Inaki Pena makes a strong case to start, Koeman might want to give Neto more game time knowing that the Brazilian will have to cover up until ter Stegen is back.

The centre-back pairing on the night will likely be Gerard Pique and Clement Lenglet. The duo had a forgettable season for most parts last year and will be looking to make amends. Ronald Araujo has made the squad after returning to training early, but will probably be brought on as a substitute in the second half.

Sergino Dest will start as the right-back. The USMNT player has his work cut out for him this year with Emerson Royale and Sergi Roberto breathing down his neck. It will require tremendous focus and a high level of play from the youngster to guarantee his starting spot.

The left-back on the night will likely be Alejandro Balde. The 17-year-old recently signed a contract extension and is reportedly in Ronald Koeman’s list of top four talents for the season. An impressive showing from him would keep him in the first team loop for the whole season as a deputy to Jordi Alba.

With Ronald Koeman switching to a 4-3-3, Barcelona are once again playing with the traditional three midfielders in the centre system. It is unlikely for Busquets to start directly after a hiatus, so one could expect Nico Gonzalez to fill in.

Frenkie de Jong would be the second member in midfield. The Dutchman has been on an exponential rise in form since last year, and one hopes he can pick up from where he left off.

The midfield will be completed by Sergi Roberto. The fourth captain was heavily linked to an exit in the summer window, but everything now indicates he will stay. Though he could start on Saturday, he would not be a regular starter in midfield after the return of Pedri.

Yusuf Demir has caught the eyes of fans and management alike since he arrived in Catalonia. Seamless dribbles, uncanny awareness in the final third and an already blazing chemistry with the players around him make him an exciting prospect for the coming season. He could well be a part of first-team dynamics permanently by the end of the pre-season. He will start on the right-wing.

Memphis Depay will start as the winger on the left. The former Lyon captain made his debut for Barcelona against Girona and finished the game with a goal to his name. Once again, the aim for him will be to understand and fit into the system and be decisive in the final third.

Antoine Griezmann will complete the lineup. Though the Frenchman was widely linked to a move away from Barcelona, all signs now point to his continuity. In a sporting sense, it wouldn’t be the worst outcome for the Blaugranas. The No.7 slowly but surely found his footing towards the end of last season, and one hopes he makes it big in the upcoming year.