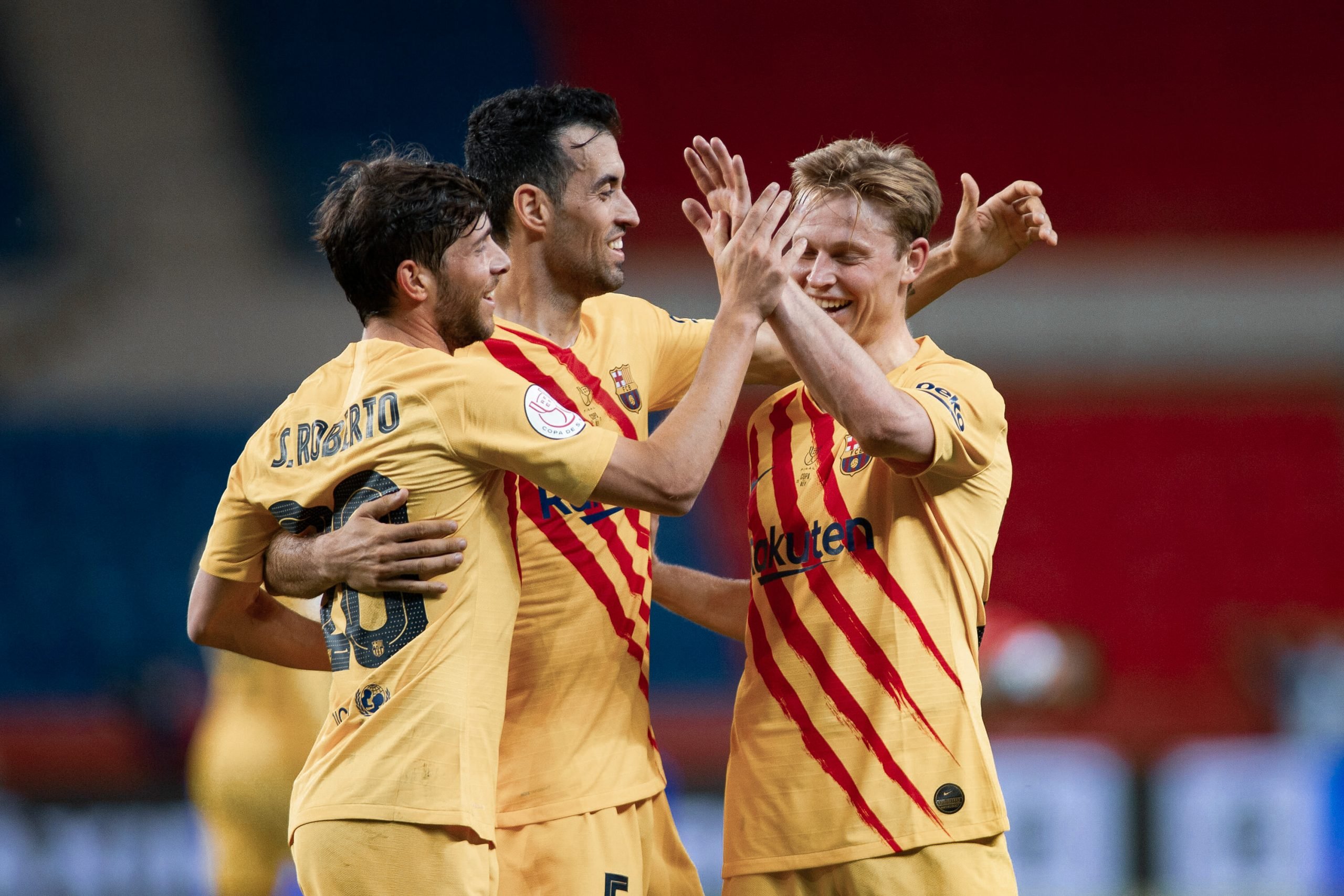 Imagine a good old game of passing the parcel with your friends. When the whistle signals ‘go’, everyone goes to extremes to stay as far away as possible from the parcel. It is scrambled between hands in an environment of maximum confusion. It is tossed about like a helpless fish out of water. The moment one receives it, it is immediately transferred to another’s hands. Helter-skelter indeed.

This season’s La Liga race has been so very similar. Every time a club has had its destiny in its own hands, they have thrown it away to another. Atletico Madrid, who were convincing favourites now, are far from it. Barcelona had their destiny in their own hands after staging an incredible comeback, just to gift it away to arch-rivals Real Madrid in the El Clasico. The Champions League semi-finalists returned the favour to the Catalans immediately, suffering a 0-0 draw to Getafe.

Now again, Barcelona can win the title without worrying about other results going their way. However, what they cannot afford to do is drop points. And the going gets as tough as it can, with Koeman staring at Bordalas just down the road. Getafe ride high on confidence after a performance that ideally should have seen them pick up three points against the defending champions. They now visit the Camp Nou with their infamous brand of anti-football, aiming to slip away with a point in the least. Here is how Barcelona can lineup against Getafe.

Marc-Andre ter Stegen will start in goal against Getafe, and presumably for all the games to come too. The German had a relatively quiet night in the Catalans trophy-winning performance at the weekend.

Gerard Pique rushed himself back from injury to be able to participate in the Cup final. All signs indicate he will be rested again till completely fit. Ronald Araujo will have to take up the responsibility on the night and lead by example. The Uruguayan suddenly finds himself amidst worthy competition for a starting spot. Tonight would be the perfect platform for him to deliver a statement.

Clement Lenglet has returned to the silent gamechanger he was as he rediscovers his lost form. The Frenchman’s return to form solves a multitude of problems for the coach. He will undoubtedly start on Thursday.

Oscar Mingueza’s rise has been second to very few this season. Over a few months, he has become an undisputed starter for the Blaugrana. Whilst he was initially criticised for his rash decision making and crude form of defending, the growth has been unreal. Truly, he is a gem being polished whose final lustre we really cannot fathom. He will start as the third centre-back against Bordalas’ men.

The five-man midfield was just too much to handle for Athletic Bilbao in the cup final. Nothing indicates that Ronald Koeman will change the working combination as we advance too.

Sergio Busquets will continue to start in front of the defence and will be more influential than ever. Playing in the defensive midfield role with three centre-backs behind him has allowed Busquets to rediscover his finest form. He has been more influential than ever in orchestrating the play from the back whilst also improving his efficiency in defensive duties. He will be crucial against a Getafe side that looks to be physical.

Frenkie de Jong and Pedri will complete the central midfield. Pedri has been relatively silent in recent games. However, that doesn’t undermine his importance to the side. The young Spaniard has been crucial to the Catalans play, helping them be more cohesive and working harder than ever in recovering the ball. Meanwhile, Frenkie de Jong has moulded into a diamond under pressure. Once again, when the stakes were high, he stepped up his game to deliver a performance to remember. Apart from Lionel Messi, de Jong was the single difference-maker on the night.

Jordi Alba will start on the left wingback position where he has established himself as one of the best fullbacks in the world. The renewed freedom in the system has benefitted the Spaniard like none other. With two assists to his name in the Copa del Rey final, Alba added to an already stupendous season.

Sergi Roberto could get his first start after a long hiatus against Getafe. While Sergino Dest has proven to be extremely influential, his inconsistency could see him replaced in the lineup. The last two games have not seen enough from the USMNT star to warrant a third successive start, and this could see Roberto given another chance to prove his worth.

Another final, and another man of the match award for Lionel Messi. The Argentine has rediscovered his best and will be a deciding factor if Barcelona is to win the League title this season. He will start as one of the forwards on the night, without a doubt.

When the world looked on for Barcelona to score the opener, Antoine Griezmann made the difference. He could have had more on the night, with another brilliantly finished goal disallowed for offside. As a centre-forward, Griezmann could well provide more than Ousmane Dembele. He could get a successive start and a well-deserved one.

Ilaix Moriba will be the first off the bench to be given the chance to feature in any situation. He could come on for Pedri in the second half to bolster his growth and give Pedri much needed rest. Moreover, a player like Ilaix is exactly what Koeman will require to trump a side like Getafe.

If the footballing gods are king, we might also see Riqui Puig make an appearance, but it looks like he has fallen out of trust with Ronald Koeman, makes it seems highly improbable.

In the absence of Martin Braithwaite, Fransisco Trincao and Ousmane Dembele could feature late in the second period. Sergino Dest, too, could be offered the chance to make an appearance off the bench in the event he does not start.