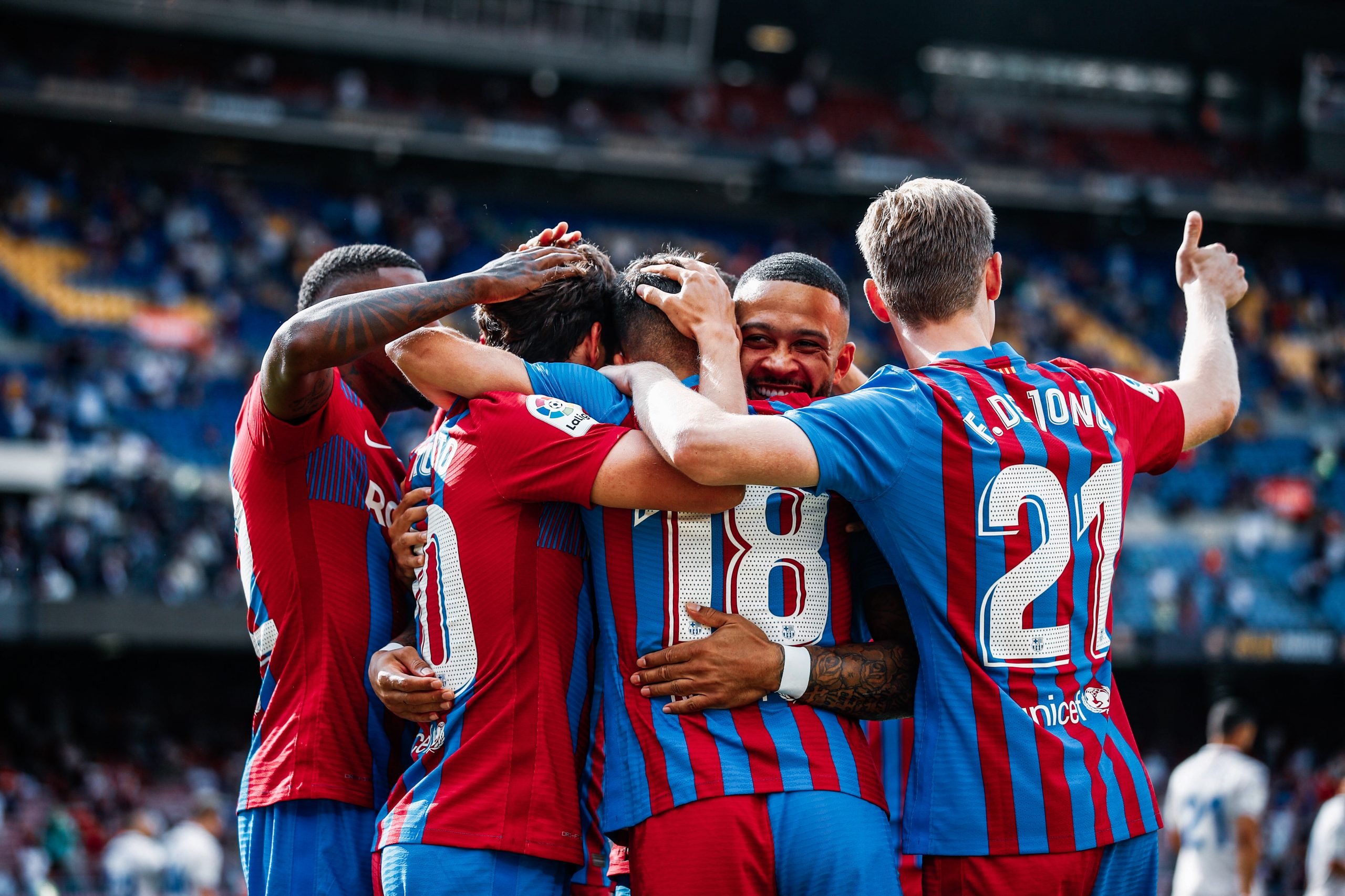 Directly after the international break, Barcelona welcome Bayern Munich in their own backyard. Julian Nagelsmann’s men could not arrive at the Champions League clash in better form, as they come off the back of a resounding 4-1 win over RB Leipzig, taking their goal tally to 21 in the last three games alone.

The last time the sides met, the Catalans endured one of the most difficult nights in their history.

This time around, the squad is renewed. There have been massive exits, promising arrivals and commendable development in the youth team. All that said, the side that steps out on Tuesday has very little in common with the side that got demolished in Rome.

However, Ronald Koeman’s side does not head into the match in a great situation. Off the field, Jordi Alba and Sergio Dest are both in a battle against time to make it for the clash after injuries during the international break.

Martin Braithwaite is also injured, alongside the trio of Sergio Aguero, Ousmane Dembele, and Ansu Fati. That said, the manager will have a difficult time deciding his approach to the game and his tactics.

Reports said that the Dutchman would likely opt for a 3-5-2 formation in the night. With each passing day, though, that seems to become less of a possibility. Here is how Barcelona could lineup against Bayern Munich-

Marc-Andre ter Stegen fell to his lowest when he conceded eight goals against the same opposition two seasons ago. It was supposed to be a night when he proved that he deserved the national team spot over his compatriot Manuel Neuer, but he failed miserably. This is the chance for the German to step up and show his capabilities to the world. Needless to say, ter Stegen will be pumped to deliver a strong showing.

Gerard Pique and Ronald Araujo are reportedly the chosen ones to lead the central defence on the night. The Spaniard’s availability was under doubt after an injury in the game against Athletic Club. The sheer weight of the clash could mean that he will participate, even if it necessitates rushing his recovery.

Meanwhile, Araujo has been Barcelona’s best defender this season and also played the whole 90 minutes in Uruguay’s last game of the international break. His speed and agility will be crucial in stopping the Bavarian’s lethal counters.

Jordi Alba is now without a direct replacement, and his absence is a bigger concern than it ever was before. The Spaniard sustained an injury during the international break but is reportedly back in training. All signs point that Alba will make the starting lineup.

Sergino Dest, too was in a similar situation as Barcelona’s left-back after being subbed off injured on USMNT duty. However, he will not make the clash against Bayern, and Oscar Mingueza could start for Barcelona right-back.

Barcelona captain Sergio Busquets will have to do away with the ghosts of Lisbon and deliver a strong display in midfield if Barcelona is to stand a chance. The veteran had a dismal outing the last time the sides met, and his carelessness directly led to more than one goal. The Spaniard will look to seek revenge.

Frenkie de jong has developed exponentially since the two sides last met. The youngster is now one of the League’s most valuable players. His link-up with Memphis Depay has been one of Barcelona’s most creative outlets, and it will have to be at its peak on Tuesday.

Julian Nagelsmann had nothing but praise for Barcelona’s 18-year-old protege Pedri in his pre-match press conference. The fact that everyone is keeping an eye on him already points to something very special.

The attacking department is plagued with injuries. Koeman only has a handful of options to choose from, and the options are not great.

Memphis Depay is one player who is guaranteed to start against the Bavarians. The Dutch international has been Barcelona’s main source of goals even at the most desperate times this season. He will have to will be at his fiery best if the Blaugrana are to pull off a win.

Martin Braithwaite seemed set to start until the last minute injury forced him out for a couple of months. That said, Luuk de Jong could start on the night as the centre forward.

The third position in the attack will likely be taken by Yusuf Demir. While Koeman has hinted that Philippe Coutinho could get minutes, he is yet to play a minute for Barcelona ever since his untimely injury last season. As such, Demir is expected to start on the right for Barça.

Coutinho has been reported to get a call-up tomorrow for the first time this season, and one would expect him to slot in the midfield or attack off the bench.

Nico and Gavi have been called up by Ronald Koeman for the champions league squad. The duo was minimally involved in Barcelona B’sgame earlier this week. All signs indicate that they could receive a few minutes towards the end.