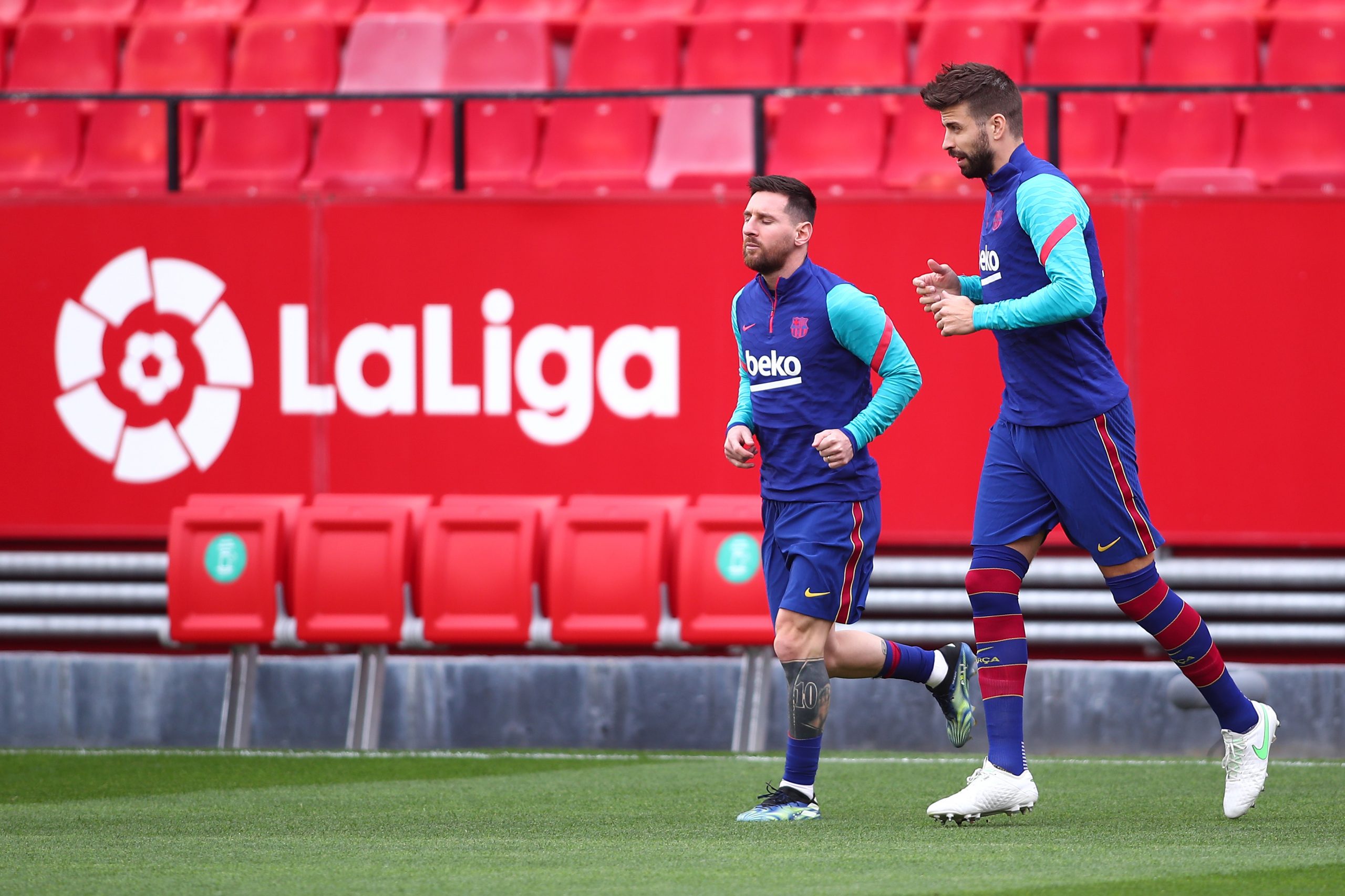 According to journalist Toni Juanmarti, Barcelona defender Gerard Pique had a hand in Lionel Messi’s departure from the club last year.

The veteran centre-back reportedly told club president Joan Laporta not to renew the Argentine superstar when his contract had run out, leading to his exit.

Messi’s move to PSG from Barcelona came as a huge shock to the footballing world, as he had spent his entire career at the Catalan outfit and looked set to finish as a one-club man.

But, the Blaugrana found themselves in an unsavoury financial situation last summer due to which they could not renew Messi’s contract. Doing so would have seen them breach La Liga’s Financial Fair Play rules while also struggling to register any new players.

Eventually, president Laporta was forced to bid goodbye to the club’s most successful player of all-time. Now, it is being claimed that Pique had played a role in the move, as he told the club supremo to not renew Messi, given the club’s delicate economic situation.

It has reportedly led to a massive rift between the two players, who were once pivotal parts of the all-conquering Barcelona team under Pep Guardiola and Luis Enrique.

Messi’s contract with PSG expires in 2023 and the seven-time Ballon d’Or winner has been tipped to return to Spotify Camp Nou as a free agent. However, some reports have suggested that the 35-year-old might not return as long as Pique still remains at the club.

The veteran defender himself is staring at an uncertain future beyond the ongoing season. Pique has fallen down the pecking order at Barça this season, becoming the fifth-choice centre-back. However, recent injury woes have brought him back into the spotlight.

Despite that, question marks remain over his continuity at the club beyond the current campaign. As per the report, Barcelona can terminate Pique’s contract unilaterally if he does not play in at least 35% of the club’s matches this season.

At the moment, the chances of the former Spain star meeting those requirements look bleak. So, there could be a possibility that he ends up leaving next year, which could pave the way for Messi’s return.

Pique is currently the highest-earning player at Barcelona and his exit would free up a massive chunk of the salary mass for the club. However, there will have to deal with the matter of his deferred wages from the past seasons.