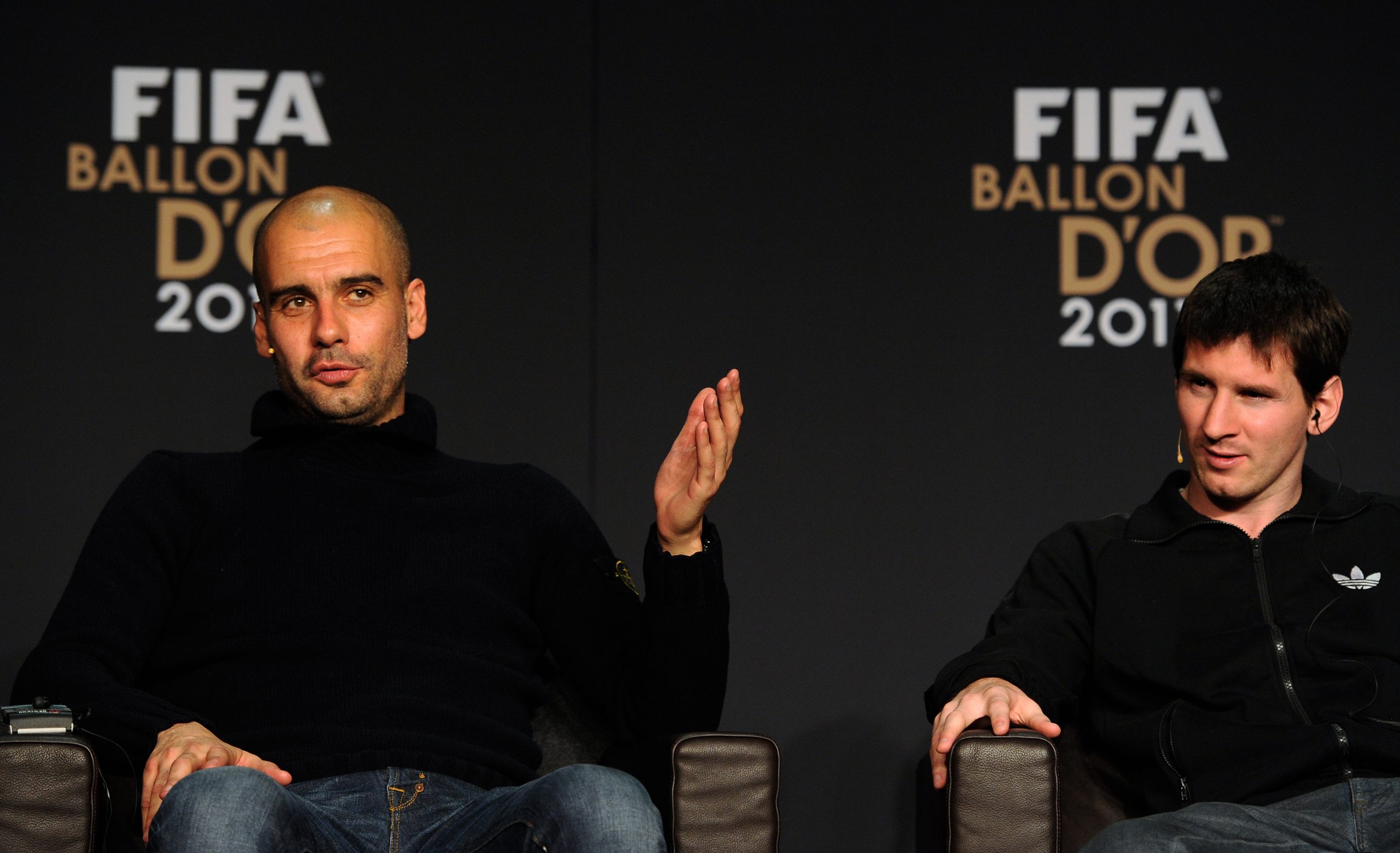 It was the summer of 2008 when Pep Guardiola first took charge of the Barcelona senior team. Having coached the B team for a year before that, the Catalan tactician was handed the reins of the first-team setup.

At the time, not many would have envisioned the great heights that Pep’s Barça would go on to scale over the next four years.

Guardiola had a brilliant squad at his disposal – Xavi, Andres Iniesta, Carles Puyol all legends of the game. But one man who perhaps had the biggest hand in the success of that Barcelona team was Lionel Messi.

While he was unleashed onto the world by Frank Rijkaard as a 17-year-old in 2004, under Guardiola’s tutelage, Messi went on to conquer the world.

Guardiola, who is now the manager of Manchester City, sat down for an interview with Telemundo Deportes during which he discussed his tenure at Barcelona and the role that Messi played in the success of that historic team.

When asked what Messi meant for his career, the 51-year-old had a simple one-word answer: “Everything.”

Guardiola also admitted that his Barcelona side had great players and would have won trophies without Messi. But he also pointed out that they would not have gotten their hands on as much silverware as they did between 2008 and 2012 without the seven-time Ballon d’Or.

“During my time at Barça I had many great players in the team, and without Messi we would have won trophies… but as many trophies as the ones we won with Messi? Impossible,” he said.

Guardiola then went on to draw parallels between Messi and NBA legend Michael Jordan, while comparing himself to Phil Jackson, who was the coach of the iconic Chicago Bulls basketball team that achieved greatness with Jordan at the forefront.

“With Messi I had the sensation that Phil Jackson [Basketball coach] had with Michael Jordan. Jordan won six NBA championships, and I won many trophies with Messi.”

When asked about how the 34-year-old would fare in the FIFA World Cup 2022 in Qatar, which could be his last one, Guardiola replied: “Are you sure it’s his last one?”

Messi and Guardiola had been linked with a reunion last summer when it became apparent that the Argentine’s contract could not be renewed at Barcelona and he would depart on a Bosman deal. Manchester City were linked, but ultimately it was PSG who signed Messi.