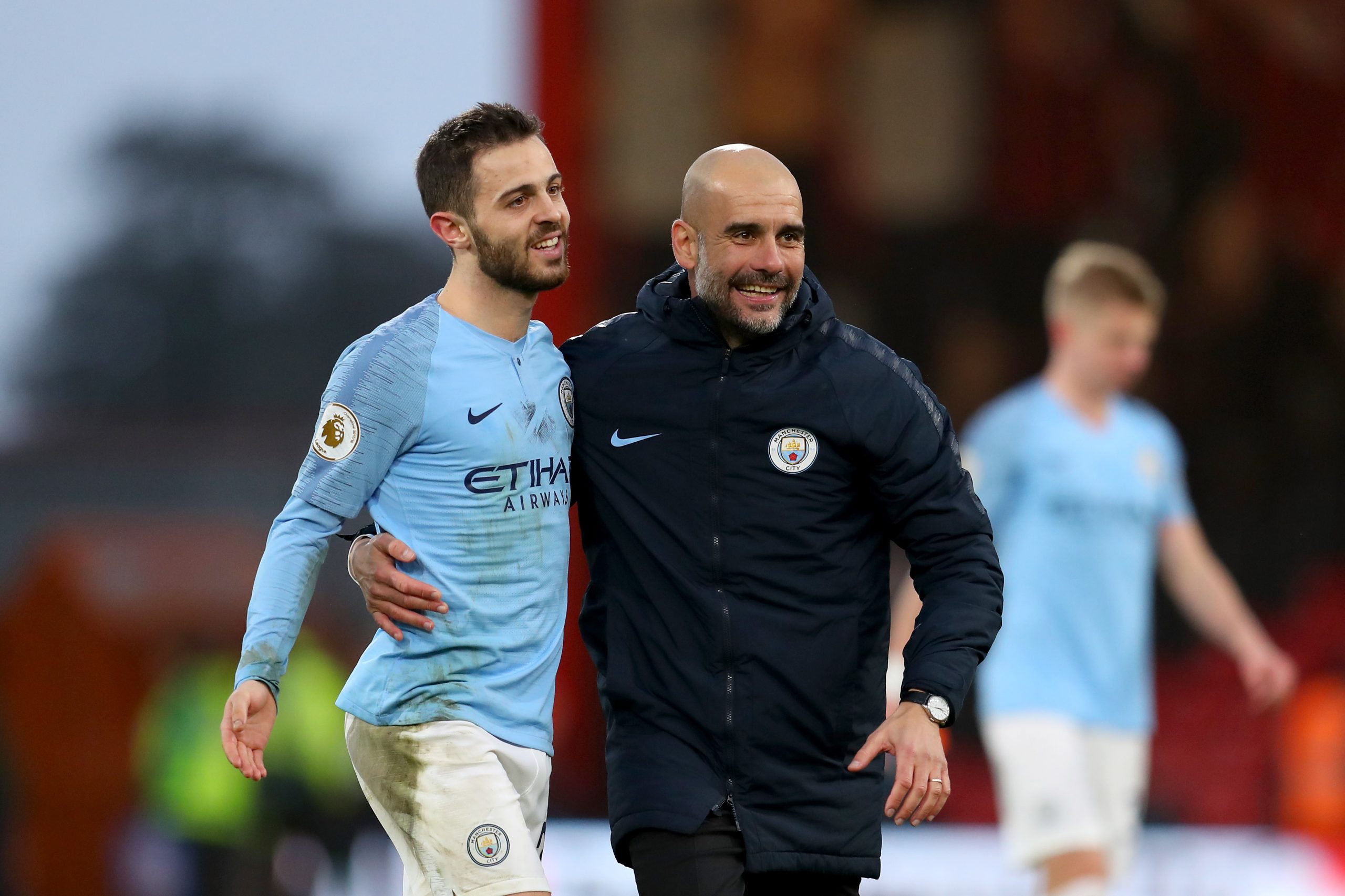 Barcelona are believed to be in the market for a new interior midfielder in the coming summer.

It appears Xavi wants to recreate his duo with Andres Iniesta which proved to be hugely successful under Pep Guardiola, especially with Sergio Busquets serving as the number six.

While Xavi already has the services of Pedri, he is looking for an interior midfielder that can dictate the tempo of the game whilst offering creativity going forward.

To that end, Bernardo Silva is thought to be the transfer priority for Xavi, who rates the Manchester City star highly due to his creativity and versatility.

However, amid Barcelona’s pursuit of Bernardo Silva, Manchester City boss Pep Guardiola has issued a warning to the Catalans, suggesting he is set to make things difficult for them to attain the services of the Portuguese international.

When asked about Barça’s links with Silva, Guardiola replied (h/t Fabrizio Romano): “They will have a difficult time”.

Man City appeared quite lenient during Barcelona’s negotiations to sign Ferran Torres. But they are not willing to do them a favour over the signing of Bernardo Silva, who had played a vital role in the club’s Premier League triumph this past season.

With Ilkay Gundogan facing an uncertain future at Etihad, Guardiola is determined to keep hold of the Portuguese international. Romano claims the Man City coach had played a key role in convincing him to stay last summer and he could do the same once again.

Bernardo’s partnership with Kevin de Bruyne could go a long way in helping the club compete for the Premier League and the Champions League title next season, especially with Erling Haaland on hand to convert the goalscoring opportunities.

As far as Barcelona are concerned, they are not exactly in a healthy position in their pursuit of Silva. They are facing financial turmoil and it would take a lot for them to afford the former AS Monaco starlet, even if Man City appear lenient towards the negotiations.