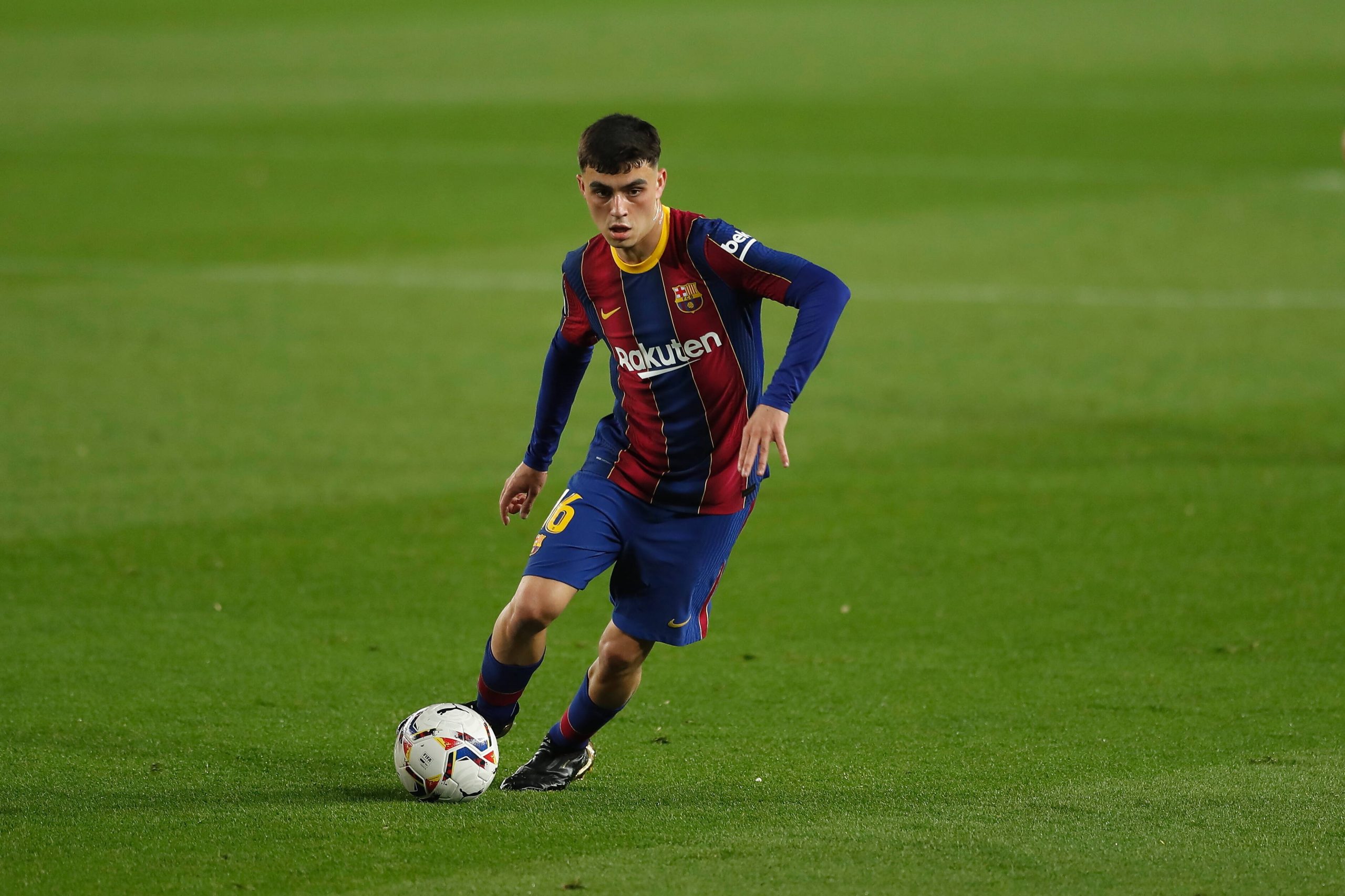 La Masia has been the crux for Barcelona or several years, producing world-class talents that have eventually gone on to become sensational players. In particular, the Barça academy is known for rolling out brilliant midfielders; players who have changed the game for years to come. Xavi, Andres Iniesta, Sergio Busquets, Cesc Fabregas are just a handful of these examples.

One player who closely resembles the La Masia philosophy and has made a name for himself in the Barcelona XI this season, without actually being from the famed academy is Pedri. Joining Barça from Las Palmas, he has immediately become one of the first names on the team sheet and is now ready to play his second ever El Clasico this weekend. Speaking to La Liga in an interview, Pedri talked about the monumental fixture.

“I think it is super important because of what it means to the fans. The supporters all really love this game and I used to love watching it too. Now as a footballer I’m really looking forward to it, just as I did the first time around,” Pedri said.

He took a sharp right, and talked about the importance of this particular Clasico in the context of the La Liga: “It is a crucial time as far as La Liga is concerned and we’ve got to do our best to take all three points, that’s important for us and the fans. I think like all the Clasicos, it’s going to be a tough game. They’re a very good team and we’ve got to play very well if we want the three points. But we’re all well prepared and focused and we know what we’re up against.“

Pedri also mentioned supporting Barcelona as a child, and playing with his heroes, saying, “I’ve said it a lot of times, when I was young, I supported Barça and I dreamt of doing what I am doing right now. I just try to forget that I’m playing alongside Leo, or Busquets, or any of the other incredible players in this team. I imagine that I’m playing in the playground back home. That really helps me to enjoy myself more.”

He continued on the same beat of the drum, talking about how incredible it is to play and train with Lionel Messi: “It really unbelievable but although you’ve seen Leo Messi on the telly and live in action, he still knocks out you with what he does in training sessions. I enjoy every day with him and I try to learn as much as I can.”

“Now the change in the system means we’re pressing a lot further up the field and we have much more of the ball in our opponents’ half, which is how Barça likes to play. And I think those improvements and the high press have helped us win a lot more games,” Pedri said talking about the change in formation to a back-three by Ronald Koeman.

He ended the interview on a high note, talking about how the team is driven for the La Liga clash and will do everything in their power to grab the league title with both hands, “Well we never give up as far as the league title’s concerned. As always, we’re going to battle till the end and I think if we keep on taking the three points, we’re going to be right up there at the end of the season.”