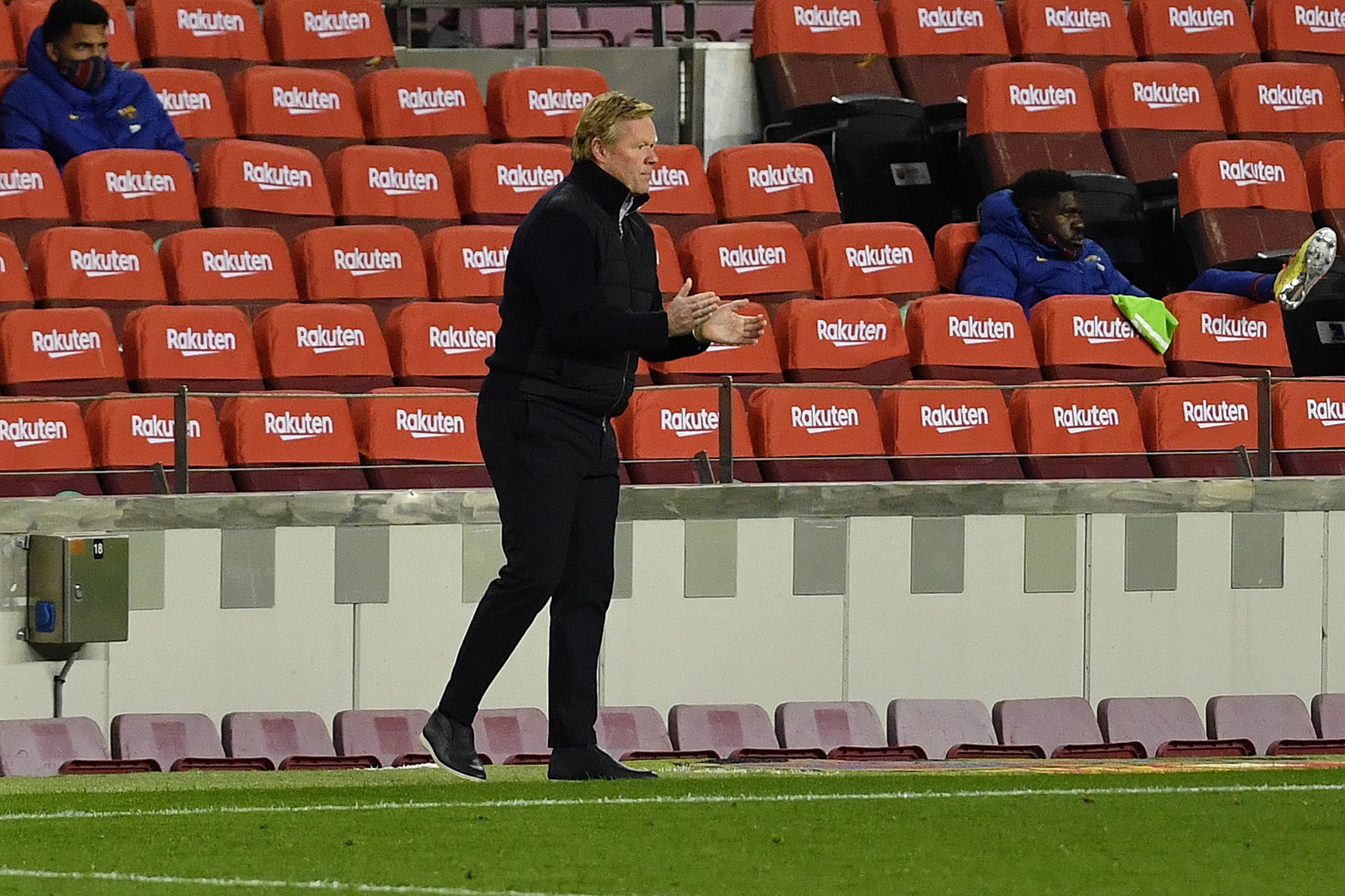 The defeat in the first leg of the Champions League Round of 16 to PSG has been a bitter pill to swallow. The team once again, looked like it was in disarray. And the papers believe that the transition is not yet complete.

It is no secret that Barcelona have been going through a tumultuous time. Not just now, but for the last few years. Ever since Bartomeu’s resignation, Koeman has been left in charge of a team in heavy transition.

Newspaper SPORT, say that the Dutch coach is determined to complete the rebuild at the club. Both Koeman and his technical staff say that the remodelling of the squad has been positive since it was started last summer.

The headlines say that he feels confident in his ability to lead Barcelona through these changes and win some titles in the process.

The defeat to Paris Saint Germain has majorly dented Barcelona’s hopes of progressing through to the quarterfinals of the Champions League. The 2-0 defeat to Sevilla in the Copa del Rey has also made it an uphill battle. Not to forget the large points gap between them and Atletico Madrid in La Liga, making silverware seem like a distant dream this season.

Mundo Deportivo’s cover for the day depicts more optimism. They say that Koeman, the technical secretary and the presidential candidates all see eye to eye on thing- the signing of a new ‘number 9’. In this case, the striker in question, is young superstar Erling Haaland.

The Borussia Dortmund man would be the ideal signing, but the club would also need to look at more affordable options considering the economic situation of the club.

Joan Laporta, the frontrunner for the upcoming elections has a good relationship with Haaland’s agent. And while he may not arrive straight away, he will definitely be on the radar constantly.