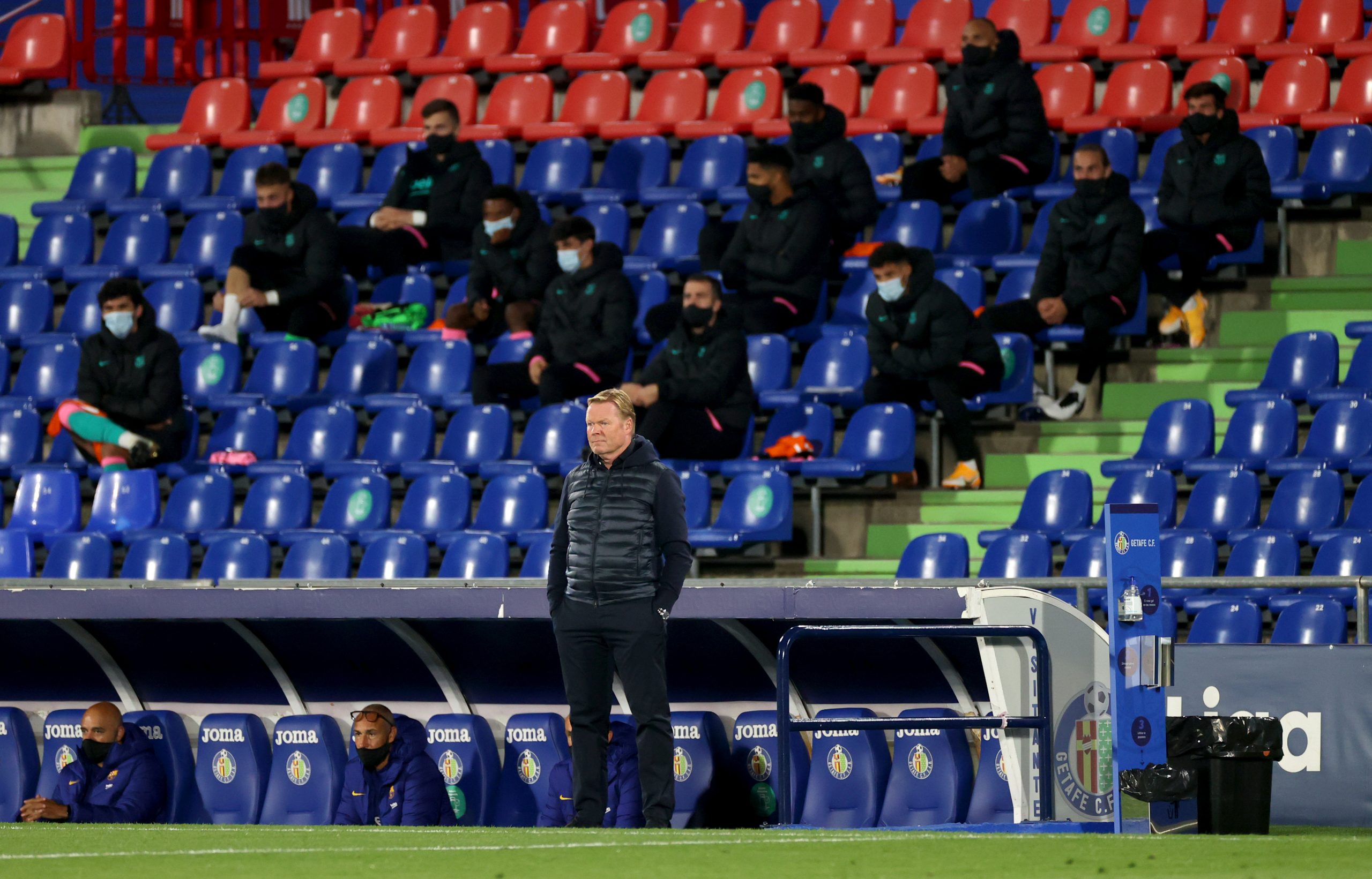 It wasn’t exactly the best of weekends for the Catalans. But even still, Ronald Koeman has a plan and he confirmed it himself that he’ll try to bring Memphis Depay to Barcelona. Of course, it depends on the club’s financial situation but that’s the plan nonetheless.

The papers are focusing on his direct statements once again. The defeat to Getafe hurt the squad but the coach is now on the attack. SPORT have highlighted four main points the Dutchman has made.

Firstly, Koeman confirmed he wants to bring Depay to Barcelona in January. Still, he knows it doesn’t depend solely on him and his wishes but the Dutch forward is the priority. Secondly, he’s very happy with Lionel Messi’s attitude and performances.

If there were any doubts on Leo’s commitment, now they are gone as the Argentine is smiling and enjoying himself once more. Thirdly, he discussed the goodbye of Luis Suárez and said he was still on vacation when it happened. For that reason, they only had a conversation over the phone but he also claims he was straightforward and sincere with the Uruguayan.

Finally, he briefly touched upon the elections and the future, claiming that if he does well, there’s no reason for the new board to discard him immediately.

Mundo Deportivo, on the other hand, are focusing on Depay and some renovations.

They also claim the gaffer will try to bring his countryman in January but speak of Clément Lenglet’s renovation too. It hasn’t been talked about much but it could happen soon.

Apart from that, Barcelona are preparing for the Champions League and the clash against Real Madrid in LaLiga.