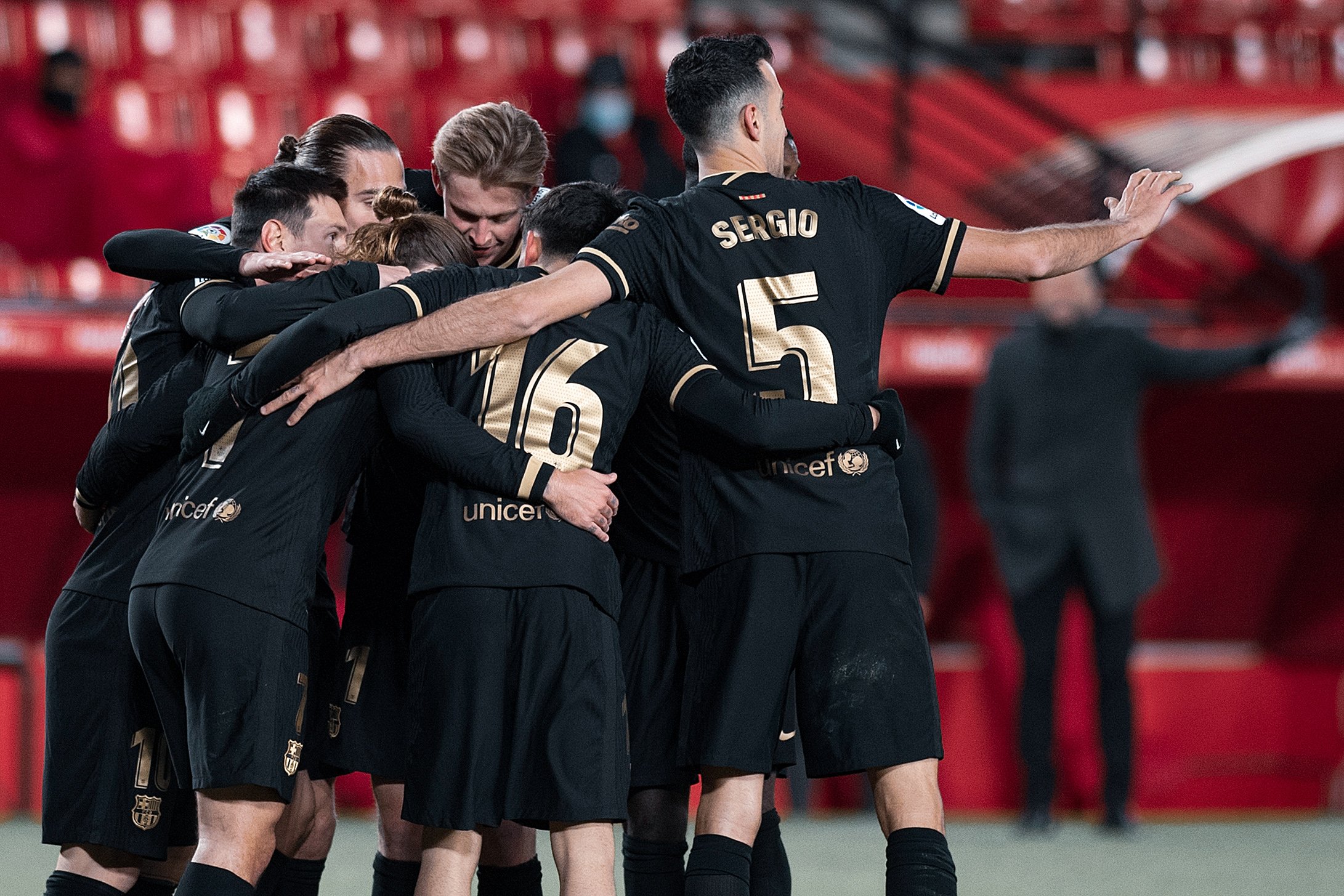 Despite some difficulties along the way, Barcelona recorded another victory in La Liga yesterday afternoon, beating Elche CF 0-2 on the night. For a team that’s usually struggling away from home, the Catalans have managed to string together a series of good wins in the domestic league.

SPORT have tackled the subject this morning, stating that was the Azulgranas‘ fourth victory in a row and all were away from the Camp Nou.

They also talk about Frenkie de Jong scoring his fourth goal of the season, something he was not necessarily known for before, and Riqui Puig getting a chance and immediately capitalising on it.

Unfortunately for the Catalans, however, Atlético Madrid did the same against Valencia and managed to preserve their sizeable lead at the top of the table.

Mundo Deportivo are still preoccupied with De Jong, saying he’s turning into a true leader on the pitch.

The Dutchman has become a big presence in Barcelona’s attack as of late, and once more, he found himself on the scoresheet, breaking the deadlock. Of course, it has to be said that the Catalans would’ve gotten the goal even without his finishing touch but it was the positioning and the movement that is still worth praising.

Next, they have to face Rayo Vallecano in the Copa del Rey before once again coming face to face with Athletic Club, this time at the Camp Nou.