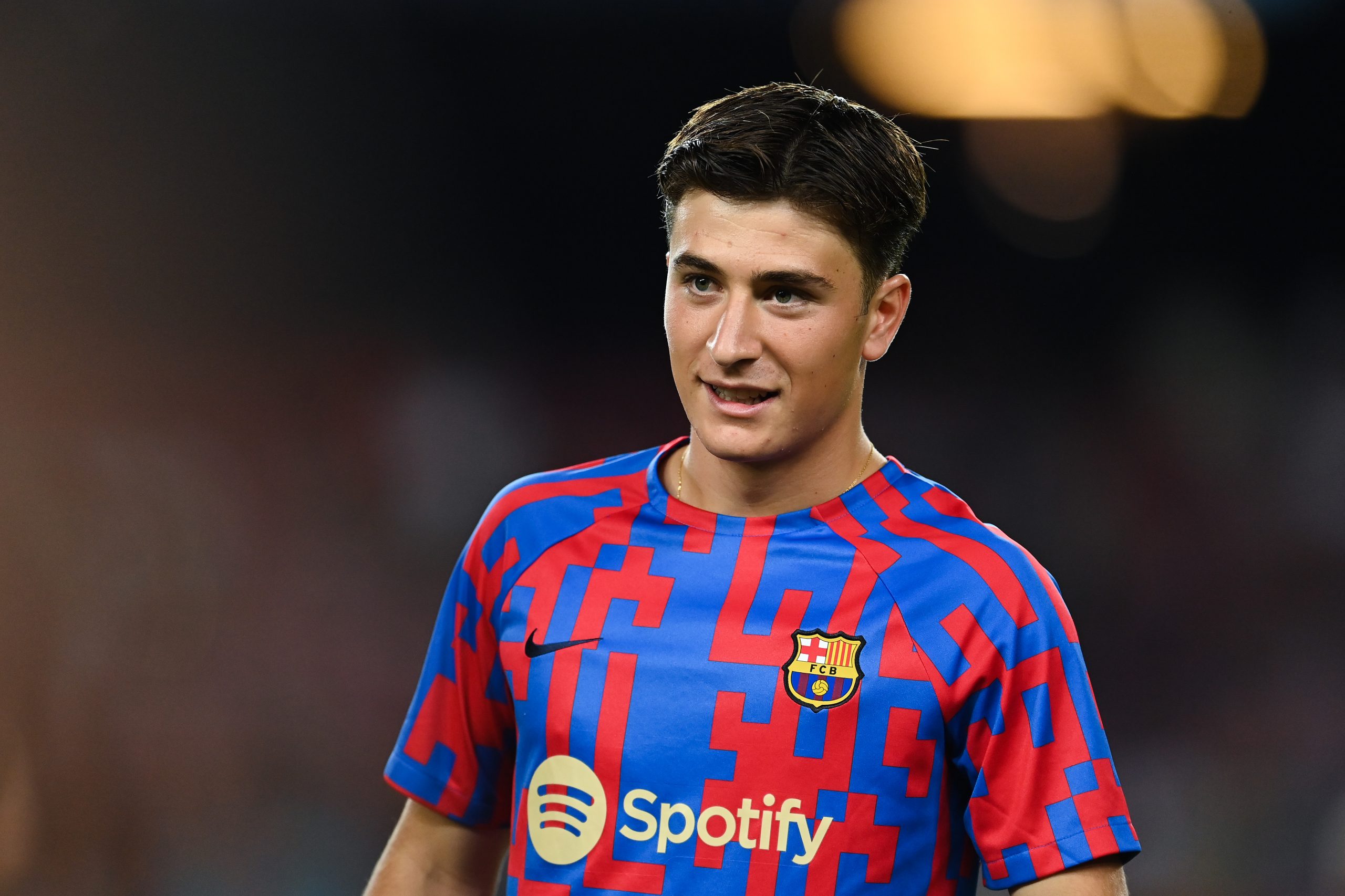 Barcelona midfielder Pablo Torre has recently opened on his move to FC Barcelona. The youngster notably clarified his reported feud with Pedri, but he also offered his thoughts on Xavi, Jordi Alba and other figures at the club.

Torre further revealed that choosing Barça over Real Madrid was not a difficult decision and that he is enjoying life in Catalonia despite failing to make a breakthrough just yet.

“First call from Barça? I remember it perfectly, it was a huge joy. There were more teams interested, but as soon as Barça called me, I had it clear: I wanted to go to Barcelona,” Torre said (h/t Manu Amor) on his move to Barcelona.

“Choosing Barça over Real Madrid? I’ve always liked Barça more because of the type of players they had: there was Messi, Iniesta, Xavi. They were the players I looked up to the most. Since I was a child, I have always been more attracted to Barça,” he added.

When asked what it means to be a Barcelona player, Torre responded, “You take it as normal. When you arrive for the first time and see players like Pedri, Busi or Geri, it’s a shock. But in the end they are very normal people. They try to help you in everything.”

Regarded as one of the most talented young midfield prospects in Spain, Torre has featured in only four competitive matches since joining Barcelona in the summer. However, he is still highly regarded by head coach Xavi, who makes him almost a regular feature in training.

“What is it like play under Xavi? There is no extra pressure because he is the coach. He gives you tools to control better, to look ahead, to play easier, not to lose the ball. He helps us all. He is the ideal coach for Barça,” he said when asked about the manager.

Torre went on to talk about his relationship with Pedri, while hailing Jordi Alba as his ‘godfather’ in the dressing room. He also talked about the sensation of taking part in the UEFA Champions League and even scoring a goal in the coveted competition.

“Scoring a goal in the Champions League? We all dream of playing in that competition. To be in the starting eleven and hear the anthem from the pitch is something special,” he said.

Finally, Pablo Torre talked about his future ahead of the January transfer window. The midfielder quashed talks of a potential loan move away from Camp Nou, indicating his desire to remain and fight for his place in the team.

“Thinking of going out on loan? I want to stay at Barça, keep improving and continue learning from the best. I knew that it was going to be difficult. My dream has always been to play here. I trust myself and I know that one day, with hard work, I will be able to make it.”