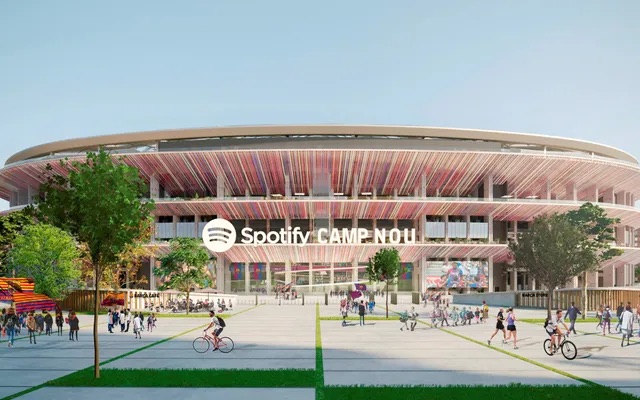 After months of rumours and different sponsorship bids, Barcelona have officially announced Spotify as their sponsor for next season.

We’re partnering with @Spotify to bring football and music together like you’ve never seen before ?

The Swedish music-streaming platform has signed a long-term agreement with the club which says that their name will appear on the front of both the men’s and women’s kits for the next four seasons.

They will also be visible on the training kits of both teams, but that is not the biggest announcement of them all.

The sponsorship also sees the rebranding of the Camp Nou, which will be called “Spotify Camp Nou” starting from next season.

Spotify have reportedly agreed to pay €65 million annually for this deal, which could be expanded once the new stadium is ready.

The agreement is, however, subject of ratification of the Extraordinary Delegate Members Assembly that will be held on 3rd April. Once that is voted upon, the deal will be finalised.

The official statement says that this is a first-of-its-kind partnership that will help bring the world of football and music closer together. The two parties will also use the in-stadium promotional surfaces to present and amplify the work of artists to the Blaugrana audience.

“We are very proud to announce a pioneering alliance like this with a world-renowned organisation like Spotify,” Barcelona president Joan Laporta said.